Skip to content
You are here:Home / Syrian Conflict: Water is the Latest Battleground

Water is the Latest Battleground in Syria

“May the gold you hold become water,” is the most recent popular joke in Syria that is a prayer in away. From an overview, one can easily smile or laugh at it but hold still. This is just a half-hearted attempt to make light of a deeply rooted problem.

Damascus, one of the safest cities with less impact from the ongoing fights, is struggling with the water crisis. Families in the city currently can stay for as long as four days without water. When they finally have access, as Nour says, it can only be for a few hours. She is a housewife in Damascus.

While speaking to CNN, she said that “When the water comes, it’s the same joy as a mom having a boy after 10 daughters.”

Damascus is a residence to about 4 million citizens, all of whom have to contend with the life-threatening situation. It is now a week ever since the acute water shortage ensued. Every one of these problems began when springs in the outskirts of Syrian capital became the target of the war.

70 per cent of the population depends on water originating from Wadi Barada and Ain al-Fija springs. However, this was cut when infrastructure was damaged in fierce clashes. The UN’s Office for the Coordination of Humanitarian Affairs (OCHA) has described the whole incident but hasn’t blamed any group so far.

The Government VS The Opposition

No group has so far come forth to take responsibility for the destruction. The rebels’ comment on the matter accused the government.  They claim that the country’s questionable leadership destroyed the water pumping station in the Wadi Barada valley – one of the last remaining rebel-held pockets of Damascus.

Even though there is a nationwide ceasefire, the Syrian army has been attempting to recapture Wadi Barada. The regime has defended its actions. They say that their target is the groups not covered by the truce. These include former al Qaeda affiliate Fateh al-Sham, which is said to have basements in the area. However, the locals have declined to agree to this claim.

The government, on the other hand, has cast the ball back to the rebels. It says that they contaminated springs with diesel so that the Damascus authority can cut supplies.

Determined to Restore The Waters

In a statement released by the Syrian regime, the willingness and readiness to have the waters back. The government indicated that it is ready to help the “teams heading to al-Fija spring to accelerate resupplying fresh water to our people in Damascus city.”

The statement further explains that the water shortage was “as a result of terrorist acts.”

On the other hand, OCHA has explained that people have been forced to buy water from private vendors where prices are greatly increased. “The UN is concerned about the lack of water which could lead to waterborne diseases, particularly among children, as well as the financial strain this is having on families,” OCHA said in a statement.

Russian Pilot of SU 24 Flanker Killed in Action a sad day for world peace and collaboration. 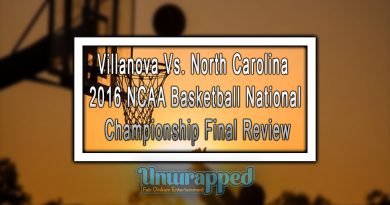 ﻿EU Referendum – The Dilemma For EU