Quoting what Edward de Bono, Maltese physician, psychologist, author, inventor and consultant once said: “Many highly intelligent people are poor thinkers. Many people of average intelligence are skilled thinkers. The power of a car is separate from the way the car is driven.”

Sometimes back, Yale University sought insight from Professor Keith Stanovich from the University of Toronto, Canada while trying to analyze the many erroneous mistakes by George W. Bush. Stanovich is a professor of human development and applied psychology.

The former head of state faced questions challenging his intelligence. The question “Is George W. Bush stupid?” is one that occupied a good mind of political persuasions. But contrary to the assumptions of most, Bush’s IQ is top. In fact, he is one of the brightest presidents of the United States with an IQ of 120. This automatically places him among the top 10 per cent of the population. But still, he is termed as a poor thinker and decision-maker – even by those loyal to him. Why so?

Professor Keith explains that IQ tests are effective at measuring certain mental faculties such as learning ability, abstract reasoning, working memory capacity and logic. But these tests are unable to determine other things such as making good-judgments in real-life situations. This is so since they cannot assess things like the ability to critically weigh up information.

According to Stanovich, IQ tests measure an important domain of cognitive functioning and they are moderately good at predicting academic and work success. But they are incomplete. They fall short of the full panoply of skills that would come under the rubric of good thinking. Simply put, IQ isn’t everything.

On a yearly basis, we have thousands of students sitting for national exams – be it KCSE (Kenya) or any other. During the exam period, the A-levels get ready to feed another raft of league tables.

The public examinations have been designed so that they can separate the “more intelligent” from the “less intelligent.” We have so much confidence in the system that these A-levels get top spots in the university courses.

But that is where the whole process lies, and it revolves around the word intelligence. We have all come to a common definition – “a quickness of understanding and an ability to apply knowledge and skills to a high level.”

Do not pick the wrong impression here. A-levels are vital. Those who do well in exams get the key to university, select, hopefully, a career of their choice. But what of those who haven’t achieved these? Are they failures?

When Mark Zuckerberg dropped out of Harvard as a Computer Science student, probably his colleagues were preparing for exams. He now employs a bigger percentage of them.

The same applies to Bill Gates. His is a story of a legend. Despite pulling good grades, he dropped out of Harvard to co-found Microsoft, setting him on the path to becoming the wealthiest man in the world. In a past interview with Bloomberg, the Bill Gates Foundation founder said that he doesn’t regret his decision. His foundation now funds thousands of students worldwide apart from making a major contribution to the health sector. He says that he “is a weird drop out because he still takes online courses on a daily basis.”

So, for the students who feel like failures after not achieving that much-desired grade, take a breath and relax first. Academic results are just one consideration for an employer. Personality, adaptability and ability to form relationships are just as important, if not more so. Just like intellectual intelligence, emotional intelligence unlocks the doors. Even those that achieve the grades they desire to end up in entirely different careers. Life has its own disappointment; failing to get an A-level grade is one of them. But do not let that put you down. IT DOESN’T MATTER HOW MANY TIMES YOU FALL, WHAT MATTERS IS HOW MANY TIMES YOU GET UP AND GET GOING. 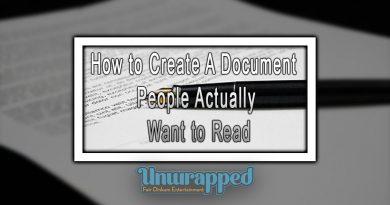