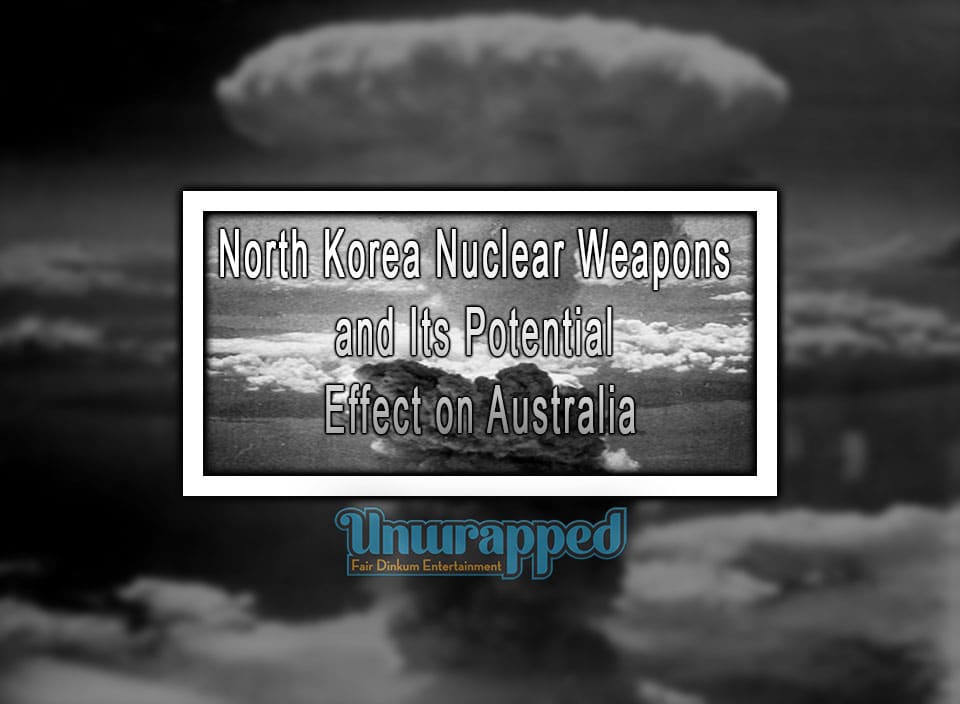 Is there a Potential Threat to Australia by North Korea’s Nuclear Weapons?

Increased economic sanctions have plagued North Korea over recent years under the leadership of Kim Jong Un. This has largely been because of continued nuclear tests and the reopening of the nuclear reactor at Yongbyon, which now allows the DPRK to mine enough plutonium for one nuclear weapon each year. North Korea’s decision to resume operations has had a steady cut back on its imports and exports, resulting in a lack of food and other essential commodities all over North Korea. This, combined with other social evils under the leadership of Kim Jong Un such as labor camps and torture has led to the erosion of North Korea’s relations with most countries in the world, with China being a rare exception. Due to Australia’s strong alliance with the United States, she has a role to play in the peacekeeping efforts within the peninsula. This means that Australia has to analyze the potential risks she faces in the wake of a nuclear attack either directly or to one of North Korea’s key antagonists including the United States, Japan, and South Korea.

The threat of a direct nuclear attack is highly unlikely on Australia. If it occurred, however, direct nuclear effects would only be felt in Australia on a full-scale nuclear detonation. The affected area would be a slight fraction of the North-Western area of Australia, though possible effects could include loss of lives and destruction of property to the area being declared uninhabitable. This action, experts claim, is highly unlikely as there would be no military strategy behind it. Further, they claim Australia has little importance to North Korea as a potential area to attack.

Australia, however, is more likely to be adversely affected in the wake of an attack in the Asia region. Indirect attacks would affect Australia more, causing the financial decline and the collapse of trade markets. Attacks from North Korea towards the North-East Asia region would cause the death of millions of people in the area and interfere with regular business in the area. Over 50% of Australia’s exports are to the greater Asia region, with imports to Australia coming mainly from the same region as well. Nuclear attacks in this area would lead to the onset of war, interrupting normal trade cycles regarding both volume and frequency. A plummeting of Australia’s financial markets would soon ensue, experts say. Furthermore, there is a great number of Australians living and working as well as traveling in the greater Asia region. An attack on this area from North Korea would lead to loss of other Australian lives. This would consequently lead to a loss of revenue for the Australian government.

In the onset of war due to a North Korean attack on any country, Australia would have to step in. This is exclusively cited a requirement of the ANZUS treaty. In support of the United States during the cold war, Australia suffered 1500 casualties with 339 being deaths. These numbers would undoubtedly increase in the wake of a nuclear war. A full blown on war would lead to heavier investment in the armed forces in a bid to keep up with the military strength of other countries participating in the war, whose forces would work with the United States to try and restore peace. With Australia depending greatly on foreign investment within the country, such a case of political instability would have other countries cutting down on investments to fuel their militaries- a move that would augur well with the Australian economy.

Overall, Australia has a lot to lose in the wake of both direct and indirect nuclear attacks from North Korea. Setting up more peaceful negotiations through North Korea as all, China, is a move Australia could capitalize on given the trade ties between her and the latter.

Can Australia defend itself Without US Support?