Skip to content
You are here:Home / How Australia Can Win the Trade War With China? 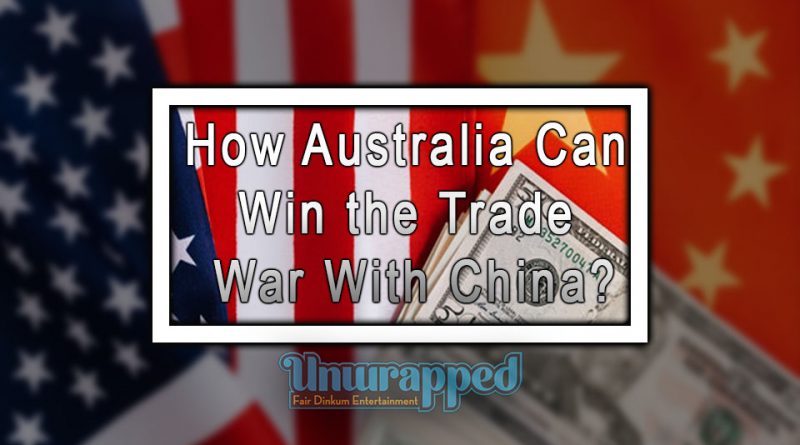 How Australia Can Win the Trade War With China? Hint: By Making New Partners like India

Australia and China have been trade partners for a long time now and at present, almost a quarter of Australian trade is with China. China is not only the biggest export destination for Australian goods but the recent free trade agreement signed with Australia also allows Australia access to Chinese markets; this is an opportunity that is available to very few countries.

The last few months however have seen relations deteriorate between Australia and China. The two countries have had good ties historically but their relations haven`t exactly been good lately. There is a growing public sentiment against China and this public sentiment is now being complimented by global political and economic shifts.

In this article therefore we will try to understand the nature of this trade war with China and if it is in the best interest of Australia and if yes then how Australia can possibly win it.

Australia as we mentioned above has China as its major trade partner and each year thousands of Chinese students flock to Australian universities for higher studies. Over the years, China has invested a lot into Australia as a part of bilateral trade relations and confidence building measures. These CBMs were however seen by people as soft attempts to assert influence over the Australian government.

China also funds a few university programs especially the Confucius institute which is seen by many as a way to spread the soft power or image of Australia. Tensions or perhaps distrust began rising when some Australian professors voiced their concerns over the human rights abuses in China and in return these professors were sidelined by the universities that were seen to be under Chinese influence.

Read More : The 5 Most Wanted Trade Jobs in Australia

This was further substantiated when the former spy chief claimed in an interview that the Australian spy agency had uncovered a plot by Chinese spies to infiltrate and influence local politicians so that they can get pro China trade policies passed through legislation.

Now this is a significant thing, no nation can allow another nation to meddle with its internal affairs and sovereignty. If the words of the former Spy chief are taken to be true then China breached the trust of Australians by trying to covertly get policies in its favor.

This perhaps was the tipping point because soon after this the Covid-19 pandemic broke out and we saw that during the initial days of the breakout the world was blaming China. To this date there is no substantial evidence that the virus broke out from China. It is still too early to say where the virus originated from, so it won`t be moral or ethical to blame China for it. Australia also demanded China to allow authorities to investigate if the virus broke out of the Wuhan bio research lab and this call by Australia was taken very seriously by China. In late April Beijing replied by saying that the relationship between Australia and China could be damaged “beyond repair” if Australia pushed on with the rhetoric of the “Wuhan virus”.

In addition to this the last few months saw the American President Donald Trump blame China for not being transparent enough about the break out. Mr. Trump claimed that had China been transparent about the break out and informed the relevant authorities earlier then perhaps the world could have acted faster to prevent the pandemic.

Also See : When Were Aboriginals Allowed to Vote

Now as the pandemic continued the calls for terming Covid-19 as “Wuhan virus” have died down and there is no longer any emphasis on the investigation of the bio research lab in Wuhan. Perhaps things are settling down? No. In fact all evidence suggests that they are heating up. How?

Over the last few months China and India have seen deterioration in their relation. India and China are neighbors and share a border that twists and turns its way through the Himalayan mountain ranges. This border wasn`t an active border as China and India haven`t had any major border conflicts. However over the course of last one month, Indian and Chinese soldiers have been involved in bloody fist fights and stone pelting incidents. This incident began when India tried to make a road on two different points along the border. One point is close to Nepal and this road connects India with the Kalash mountain which are a pilgrimage point or Indians and the other point is in Ladakh region that looks over the historically volatile Siachin glacier where India and Pakistan had a limited war in 1999, in addition to this tensions have also flared over Sikkim, that sits between China and Nepal.

As a result of Indian attempts to make a road in Ladakh region the Chinese PLA aggressively moved some 60 to 100 km inside Indian Territory and occupied the whole area up to the Galvan valley essentially cutting off Indian access to Siachin glacier.

Now what has this got to do with Australia? A lot actually.

Earlier this month, as this crisis was unfolding between India and China, India and Australia have signed 2 bilateral defense pacts that allow both countries to use each other`s military bases in case of a war. You can say that this is fine, countries enter into defense pacts all the time. Well yes but how is China reading this? India doesn`t need Australian bases now does it? Who is India going to fight by using Australian bases? New Zealand? The whole build up of Indian army has been for Pakistan strategically and Pakistan is right next to India not across the ocean.

Read More : China and its impact on Australia – Good or Bad relationship?

The Cost For Australia?

China and Australia are still trading with each other but if we look at the worst case scenario then if Australia escalates this trade war then Australia will first need to secure an alternative market. Right now almost a quarter of trade is done with China and let`s not forget that Australia has got a FTA with China, potentially giving it access to the biggest market in the world. Will Australia be abel to sustain the loss of almost a quarter of its trade?

The answer isn`t even this simple. What this means is that firstly Australia will risk losing a significant portion of its export bill. A trade war means tariffs and protectionist policies but a trade war goes both ways. The last 3 years have seen a trade war between USA and China and this war has weakened and disrupted global economy. Will Australia be able to sustain it? Time will tell but what Australia needs to consider is not only the loss of revenue but also the potential disruption to supply chains coming from China.

Australia imports a lot of consumer goods from China, shifting to USA or India for these goods may not be a viable option as China provides these goods at a low cost. Furthermore many Australians have outsourced their businesses to China because of economies of scale and the advantage of technology in China. Eh simple truth is that no other country on earth can match China when it comes to comparative advantage in cost and technology. These two factors have led the growth of China over the last decade.

By all means India is a major market for the world but there is a major difference between India and China. Indian economy is largely a consumer economy; it is not an export-oriented manufacturing economy. Let`s have a brief look at the top exports of both countries to substantiate this claim.

The top exports of India come to around $80 billion whereas for China this figure is $1.6 trillion. Furthermore if you look at the export categories of India and China then you can see that India mainly exports raw materials whereas China mainly exports manufactured and consumer goods. Thus, India is a primary market for countries that need to buy raw materials whereas China is the primary market for countries that need ready to use goods and machinery. Australia, cannot therefore risk this trade war because China is a major supply line not only for Australia but also for other countries. Even for USA which is under a major trade war with China. USA cannot afford to delink completely with China because there simply isn`t a better alternative.

Furthermore, if you look at the top exports of Australia then they are almost similar to those of India, in fact Australian top exports are valued higher. The thing is that India is a consumer market, it is not a major exporter therefore India is a lucrative market for countries that are looking to sell, not to buy. Whereas China is a major market for both sellers and buyers, this is where Australian policy makers and decision makers need to think long and hard. This isn`t about the next 5 years this is about the long term policy of Australia. The steps taken now will define how Australia grows and develops for the next three to four decades.

China is an emerging economy, yes there have been some confidence shattering incidents between the two countries but based on the economic data, Australia and China can work these differences out through negotiations. Remember, Australia is not without leverage here, China gets a significant portion of its raw materials from Australia and so Australia can negotiate from a position of power with China.

Conclusively it can be said that trade wars may create pressure for a while but in the long term, they are detrimental for countries engaged in the trade war and also for the global economy, Adam Smith had this worked out almost two centuries ago. It will be in the best interest of Australia to seek for a reset in the relations with China so that it can benefit from Chinese trade and access to their markets, at the same time looking for other markets in order to reduce the dependency on China. A balanced approach in decision making is, therefore, the need of the time. 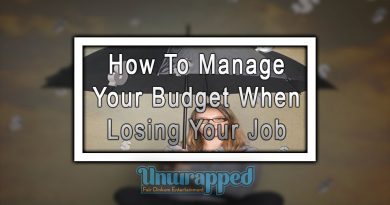 How To Manage Your Budget When Losing Your Job 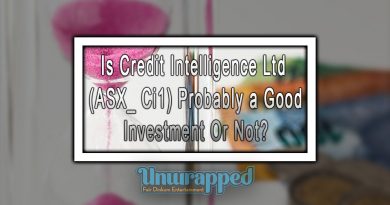 Is Credit Intelligence Ltd (ASX_ Ci1) Probably a Good Investment Or Not? 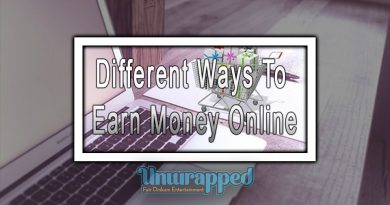 The Cannabis Industry In Australia and Its Growth Potential

Fiverr CPA vs Hybrid Which is Best?