The North Canberra Light Rail: Why Doesn’t it Extend South? 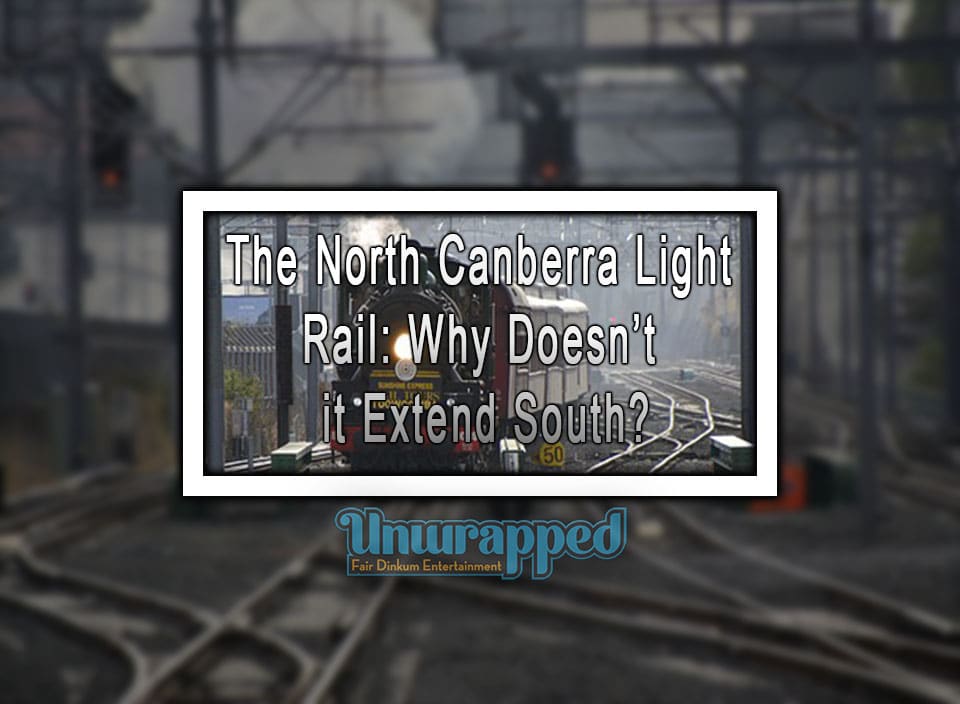 Canberra’s getting a “light rail system.” And that’s something to be happy about.

It also works really well for elderly folk – and those with health issues.

So it’s a good project. However, there’s just a small problem with it. That is…

And it only covers 10-13 KM, specifically from Gungahlin (North Canberra) to the City Center.

It’s a sad realization actually. That is, the railway only serves the Northern side of the city, without the South.

And if you didn’t know – we’re of the opinion that this is unjust.

The rail project was paid for by “all of Canberra’s tax money.” So why should it serve only the Northern half?

We think they do.

North and South Canberra are quite different in their structure.

The South has much of Canberra’s bigger institutions and older buildings. It’s more antiquated than the North side.

Specifically, the South holds much of Canberra’s political/education centers. Specifically the Parliament House&National Library are south.

It’s a place of many collective institutions, which again, many people travel to – either for study or for work.

So you’d think that the project should go from South to North – but that’s not what we’re seeing.

On The Other hand…

While the south side hosts more of Canberra’s larger institutions and older buildings – the Northern side has many major attractions.

One would be the War Memorial. It’s a prime attraction spot for tourists and visitors, so a light rail there makes sense.

Others include Fairbairn Avenue, and Anzac Parade.

In fact, if you look at North Canberra – you’ll find it more trimmed than its Southern half.

The North side has more of the better parks and nature walks. So it’s great for sightseeing.

So the South Shouldn’t Get a Railway?

No. We need a Southern railway.

The problem is, there are no publicized plans so far for such an extension. In fact, the info we have presents the opposite…

It shows that the Australian government took a long time just to “plan and finish” this project – which should take much less.

Planning started as far back as 2003 – which was 16 years ago. Back then, there was an attempt to link both South and North Canberra by railway.

Plans were scrapped – and funding was difficult as far back as 2008. And in the end, the funding used taxpayer money, while only benefiting the North side.

A handful of governments oversaw the development and scrapping of a Canberra railway plan.

Those delays have cost residents much in public quality of life. It’s one of the reasons why Canberra’s public transport system is considered horrible.

And this begs the question…

How Long Will We Wait for a Southern Extension?

Will plans for that also require “2 decades” to finalize and fund?

Or will it commence soon?

Will we wait long for funding a Southern rail? Or will funding be unavailable?

We hope that an extension will come true in light of technological improvements and urban planning.

However, we don’t think of this as a possibility. The problem is, there have been no announcements so far for an extension.

There aren’t even announcements for a “plan” of an extension.

We’ll have to wait and see. But for a better Canberra public life, a Southern rail line is a must.