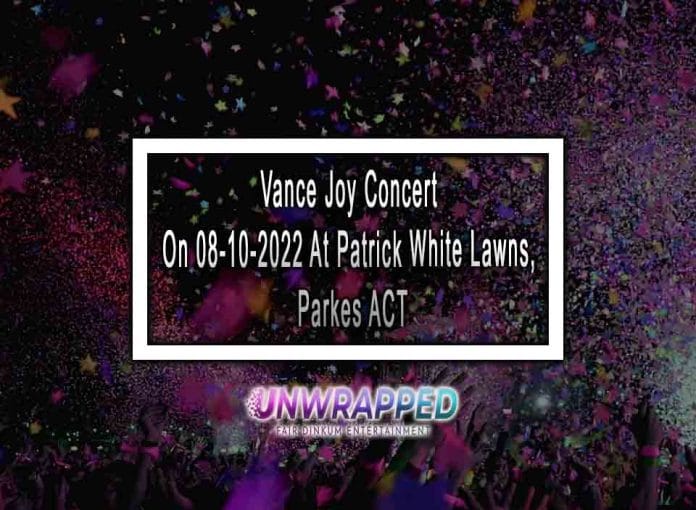 After conquering the globe, Vance Joy is returning home for The Long Way Home Tour. Vance Joy, a multi-award-winning Australian singer-songwriter, is about to embark on the tour he’s been planning for the better part of his career. Vance will travel throughout Australia for over two months, playing in remote communities and large cities, with his complete band and some special guests, from early September to late November 2022. All of the concerts will be open to people of all ages. Vance Joy was just nominated for five ARIA Awards, including Best Artist, Best Pop Release, and Song of the Year for his current single, Missing Piece.

Vance Joy, whose real name is James Gabriel Keogh, was born in Australia on 1 Dec 1987. In 2013, he inked a five-album contract with Atlantic Records. In March 2013, he released his debut EP; God Loves You When You’re Dancing. On the 2013 Triple J Hottest 100, his song “Riptide” was voted number one. He was named Best Male Artist at the 2015 ARIA Music Awards. Release dates for Dream Your Life Away were 5 Sept in Australia and 9 Sept everywhere else. Nation of Two, his second studio album, was released in 2018.

Joy went to Melbourne’s St. Patricks Primary School in Murrumbeena. He was the school captain at St Kevin’s College in Toorak, where he graduated in 2005. Joy earned a Bachelor of Arts and a Bachelor of Laws from Monash University. Joy was a talented Australian rules football player before his music career. He was a crucial defender for the Coburg Football Club, formerly known as the Coburg Tigers, in the Victorian Football League (VFL) in 2008 and 2009, receiving the best first-year player award in 2000.

Vance Joy’s genial personality and unpretentious demeanor have gained fans worldwide, and he’s performed at dream settings like Colorado’s Red Rocks Amphitheatre. He’s also performed at festivals such as Coachella, Bonnaroo, Lollapalooza, and Splendour in the Grass. Vance Joy has achieved two number-one albums in Australia: 2014’s Dream Your Life Away and 2018’s Nation of Two. He has also won two ARIA Awards in this country.

Ten of his tracks have been certified platinum or multi-platinum by the Australian Recording Industry Association, including his breakout smash Riptide, which is presently 12x platinum. Riptide was also named APRA’s Song of the Year in 2014, topping triple j’s Hottest 100. Vance Joy’s most extraordinary tour will bring us together one more to celebrate the finest of Australian music. The Long Way Home Tour will take Vance across Australia for over two months, with his entire band and some fantastic guests. These will be the most memorable events of 2022.

5 Highest Grossing Movies by Brad Pitt of All Time

5 Highest Grossing Movies by Christian Bale of All Time

Top Three Things to do in Giralang, Belconnen