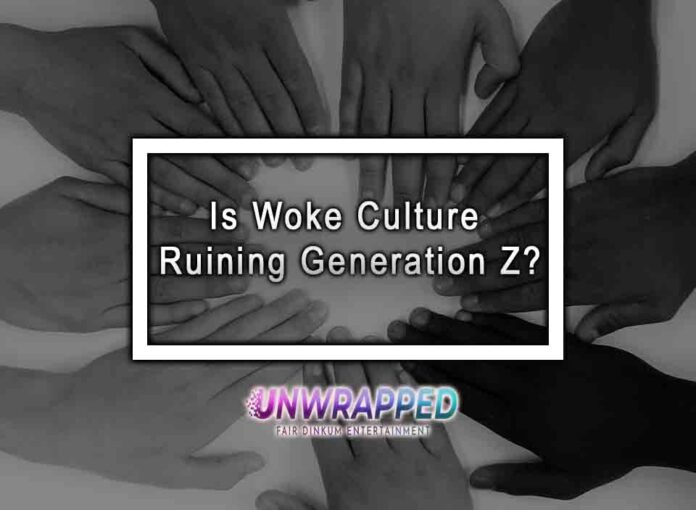 The woke culture movement aims to increase social awareness and justice on all levels. Still, some have started to argue that this newfound awareness has shifted away from its original purpose and may put too much pressure on young people. So what exactly is “wokeness”? What purpose does it serve? And is the idea of being woke potentially dangerous? Let’s look at these questions more closely to examine whether the woke culture movement is really ruining Gen Z in some ways.

What is woke culture?

Woke culture is a term used to describe the waking up of marginalized groups, from women to people of color. The idea is that to be truly woke; you need to recognize your own privilege and listen to those who are not as privileged. It’s a way for people to understand where their power lies and how they can use it in service of others.

Woke culture is a term that can be used to describe the current trend of being more aware and educated about social, political, and cultural issues. For example, it’s common for people to use the phrase stay woke when talking about staying up-to-date on news or current events. While this movement has many benefits, it can also be detrimental because it forces people to censor themselves to avoid backlash. People who have opinions that differ from what society deems acceptable often feel obligated to hide their true thoughts because they fear they’ll face judgment or criticism. As a result, we’re left with only one version of what’s considered socially acceptable, which limits freedom of speech. So instead, we bottle it all up, and one day we simply explode or implode. Just a matter of time, really.

Not to Miss: Non-Woke Airlines

How Gen Z sees it

Generation Z is well-informed about social issues and the world, and this makes them more aware of the dynamics of society. They are more capable of seeing the undercurrents of things, especially when it comes to issues of race, gender and sexuality. This generation has grown up with the Internet, where people can express themselves freely, and this is why they have developed a keen sense of social justice and equality. They have often been told that they are special and that they can do anything because they have been given a lot of opportunities. Well, guess what? They’ve been lied to.

What can we do about it?

1. Make sure that you’re not self-righteous with your opinions.
2. Recognize the power of your thoughts and words and that you can use them to change things in a positive way.
3. Be open to hearing all opinions on an issue, even if they differ from your own viewpoint.
4. Give everyone else the benefit of the doubt before judging them for their actions or comments.
5. Educate yourself about what it means to be woke so that you know how to speak up against injustice when you see it happening around you. Also, you must know your enemy, which is the woke culture in this case.

What Is Wokeism and Cancel Culture?