History – Colonisation In The Creation Of Australia 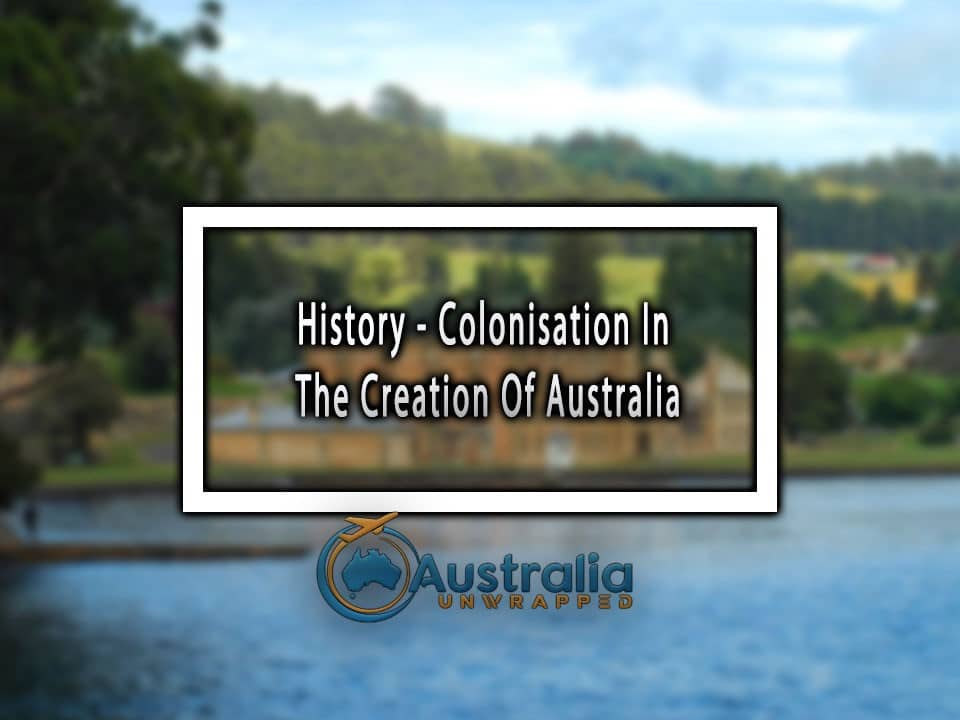 The creation of Australia is an interesting story to tell, as the history of Australia is wide and impressive. Australia has been through many generational stages which include an Aboriginal Dreamtime, Colonisation, and Federation and in present-day democracy.

The plans of Colonisation started mainly after the European invasion in Australia, which demolished the Aboriginal Dreamtime.

1. The First Colony in Australia

The first colony established In Australia “Botany Bay” became established seventeen years after the European invasion in Australia by the famous James Cook. As the British lost most of the North American colonies in the American revolutionary war, the British Government established replacement territories. Australia was suitable for plantation of sugar, cotton, and tobacco. So, Sir Joseph Banks and James Matra suggested a proposal to establish a colony in New South Wales because this would benefit both the economy and humanity. Because of the campaigns in British, and the civil wars, the proposal seemed attractive, and this is how “Botany Bay” came into existence in December 1789, declared as a settlement that will be of great importance to the Commerce of Globe.

However, because of the consequences, protests, and original claims against the British, they withdrew their dominions in June 1817.

They established the British colony of New South Wales when the 11 vessels arrived in 1788 under the leadership of Captain Arthur Phillip. They comprised thousand of settlers and 778 convicts. Just when “Botany bay” came into existence, they moved towards a port and established a settlement at Sydney Cove in January 1788. They termed Sydney cave as the “finest harbour in the world” because of freshwater supply and safety. They also tried to maintain ties with the local Aboriginals living there.

However, there are many journals and writings even by Philips which described the hardships they faced there. However, the food crisis reached an alarming point in 1790 and the second fleet arrived in June 1790 who has lost their passengers because of sickness. The convicts of the third fleet appalled Philip. In 1791 more ships arrived, and the trade began. They moved the convicts to establish a different township and boosted the economy as a social port. A building program regulated by the convicts advanced, but the farming failed because of the unfamiliar conditions.

Governor Philip departed the land in 1792 and then new free settlers arrived. In 1793, three other fleets arrived as well.

3. Other Colonies in Australia

Botany Bay and the Colony of New South Wales were undoubtedly the important ones. But the creation of Australia has gone through some other colonies. Some of them remained for brief times and the others failed.

The beautiful descriptions of the beauty, mind, climate, and the tales of fertility of the South Pacific led the British governments to establish settlements in the New South Wales Colony. It was being assumed that the Norfolk pine trees and particularly flax plants will provide the basis of the local industry, but this island has no safe harbour resulting in the colony’s demolition in 1807.

They settled Tasmania in 1803. An attempt to settle at Sullivan Bay immediately followed. That was a failed attempt.

In 1823, East India Trade Committee also recommended establishing a settlement in northern Australia. After some time Western Australia also accepted British convicts because of a shortage of labour. It established the colony of South Australia in 1836. The history of Australia is full of these stories.

4. Convicts and Colonial Society of Australia

A free colony in South Australia originated. It was a colony developed without convicts’ labour but a free settlement. The South Australian Land Company helped for the establishment and stabilisation of this privately financed free colony in Australia in 1831. The vision of the founders of this colony was to provide political and religious freedoms along with the opportunities of wealth and businesses. They protected the rights of aboriginals and the descendants of land; however, the transportation of convicts became banned.

In 1836 two ships of the South Australia land company left to establish a settlement on Kangaroo Island. They divided the power of South Australia between the Governor and the Resident Commissioner so that the government could not interfere with the business affairs and the freedom of religion. By the year 1851, they were also experimenting with a partially elected council.

The creation of Australia and the colonies are an interesting part of the history of Australia. Botany Bay, New South Wales, present-day Tasmania, and many other colonies of Australia are a vital part of Australia or its history. You could not move on without understanding and knowing about colonisation, which played an important part in creating Australia.