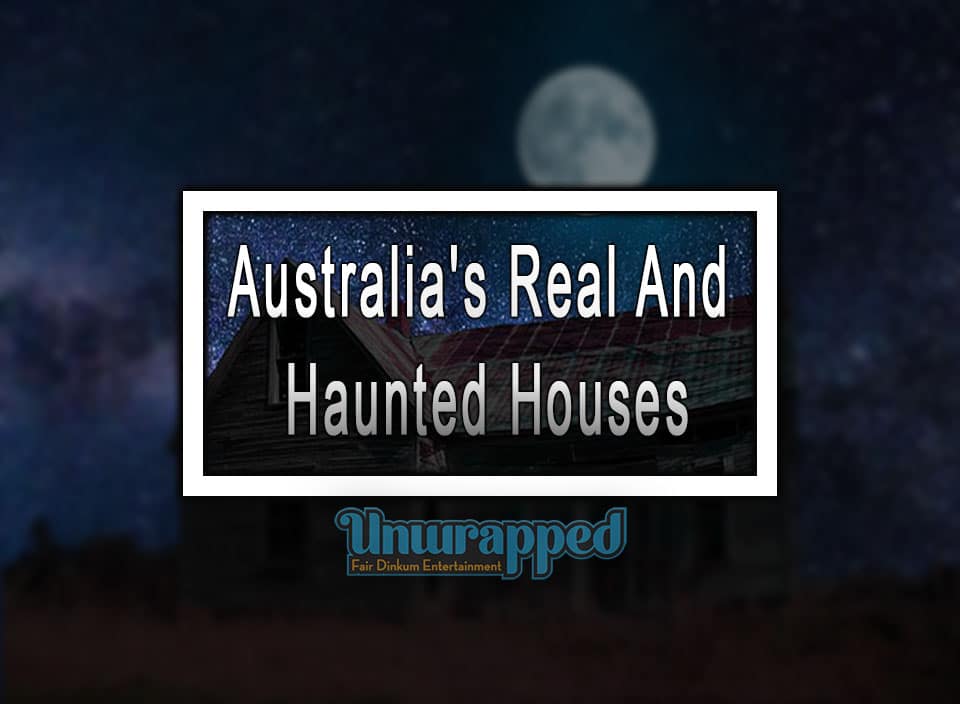 Scary And Haunted Houses in Australia

Themed haunted houses have always been a favourite among many of us. But Australia has some real haunted houses which you can visit on your trip to Australia. If you are ready for a spine, chilling experience, then visit these haunted houses for sure.

Here are some haunted houses of Australia which can scare the devil out of you.

Monte Cristo Homestead presents the most famous haunted house in Australia, which can frighten you in seconds. The frightening part of this haunted house, William Crawley constructed, has now become a haunted place. The family remained in the house till 1948. Almost 11 people died there, including the members of the Crawley family. They report it they left the place physically but not their spirits and they continue to haunt the visitors now. Asthma attacks, fainting, scared children near the staircase, unusual apparitions, and unusual sounds are common here. We experience a haunted house at least, as a caretaker taker became murdered there, they set a stable boy on fire, a child died by falling off from the stairs, maid fell from the balcony and a mentally unstable boy was also kept there. The members of the Crawley family also died here.

Franklin’s house is a historical colonial house in Tasmania built for a former convict Britton Jones. Ghost hunters continue to visit the Franklin House. The place became the custody of a National Trust, so the workers and volunteers spent some time in this haunted house and consist of thrilling paranormal tales to tell. They have witnessed things moving around and unusual experiences which they faced over many years.

Emmett Cottage is the part of Picton which they label as a haunted site in Australia. But these semi-detached cottages have their own stories to tell. A ghostly face visitors noticed in the windows of the house much often. The shopkeepers nearby find their goods and displays tampered with or moved when they open their shops in the morning. These unusual things happening makes the place haunted. But don’t worry, the ghost hosts here to welcome you with an enormous heart and do not harm anyone.

This Albany house or museum is the oldest surviving dwelling in Western Australia with an interesting and wide history to tell. According to a local legend, the ghost of former tenant “Major Frederick Ingoldsby” returns to haunt the house every September where he lived all his life and even died here. If you want to see this haunted house, visit the place in September.

The thrilling paranormal tales attached to the history of this house in New South Wales. It was the home of the headmaster of Camden Grammar school in the prior days, and during that time a boy died by drowning while swimming in the dam. Arthur Gregory later owned it, and his infant son died here by appendicitis in the 1930s. They still report it showing unusual and paranormal activities in this haunted house.

The Whepstead haunted house in Australia shows possession of ghosts by the entire family who lived there. This place is a massive 19th-century manor near Brisbane. The inhabitants include Martha Ann Burnett, who was the first wife of the owner of this house, Gilbert Burnet. It is being reported that the spirits of two of the owner’s children along with an energy of butler or servant also live there and are haunting the people till today.

A grand building giving the vibes of a stately home was a lunatic asylum before the place reached the list of haunted sites in Australia. But over 3000 people lost their lives here and they are making sure that you don’t forget it. The thrilling paranormal tales of the people show an interesting story to listen to, but once you witness it, it can curdle your blood.

This idyllic looking house with a beautiful harbour view can astonish and terrify you at the same time. To witness the tragic past of this most haunted site of Australia is not everybody’s piece of cake. But if you dare to do so, listen that they used the place as a cemetery for indigenous people. A range of ghost tours is now running here, testing the nerves of everybody.

This haunted site in Australia has now become a haunted house. Originally it operated as an asylum built for people who were a danger to themselves or society. This place can make your hair erect if you visit the place at night. The cold spots, voices and movements of objects visitors witnessed. Even some ghost apparitions can give you a surprise visit in the halls, which can be a frightening experience.

This historic church is now a haunted house in Australia because a prank went wrong making the two twin boys burned to death. It is being reported that the spirits of these two boys remain there and they get angry when they sense fire. A local legend also tells that if you go there at night, the headlights of your car switch off and if you continue to open those, the car will stall.

The thrilling paranormal tales can fascinate many of us. How about you visit these haunted houses and see yourself? We are sure that they can give you the vibes of Halloween, but a proper one. You can make your trip to Australia spine thrilling destinations by witnessing the haunted houses in Australia.

Stay Connected
52,668FansLike
5,669FollowersFollow
828FollowersFollow
Previous articleHistory – Colonisation In The Creation Of Australia
Next articleAustralian History – Before And After – 1901 The Founding of A Nation