Skip to content
You are here:Home / 8 Celebrities you didn’t know went to Prison

8 Celebrities who went to Prison

Sometimes, some of our favourite onscreen personalities just up and disappear. A lot of time, they just didn’t go on a voluntary hiatus, they might just be in prison.

Below are some of the celebrities we might have been wondering where they were, when they were serving a jail term.

Chris’ romantic stint with Rihana, would have left more dent to his image than he might have liked, but it wasn’t just a reputation as an assaulter and a woman beater, he also had to serve time for violating his probation in 2014.

The Murder Inc signed artist was in the peak of his powers when he had his run with the law. He was ducked for illegal possession of a gun and also for tax evasion.

Snipes, who is famous for his roles in some of the best action movies Hollywood has seen was convicted in 2010 and subsequently served 3 years in prison for tax evasion.

Before he became Iron Man, Robert Downey used to be a jailbird. He served time for violating his probation on drug-related charges in 1999.

The Rap sensation signed to Cash Money Records has had his time with the law. He didn’t just spit bars, he spent time behind them. Lil Tunechi as he likes to call himself was charged and convicted for the drugs and guns found in his tour bus, he subsequently served 8 months in Prison.

The actor who featured in A Bronx Tale and The Sopranos, was charged with Second-degree murder of a police officer. Lilo served a total of eight years in prison and as released in 2013.

Kelly’s problems with the law seem not to be coming to an end anytime soon. The law has been on his trail, and it looks like it’s just a matter of time. The charges against him are quite many, an alleged child pornography and a lot of sex offence.

Even though he still insists that he didn’t do it, and that he was innocent of the crime, Iron Mike was charged and convicted of rape. He served a total of three years, was released and continued with his boxing career.

Also See : What is Tax Avoidance and what is so bad about it?

Tableau – Visualizing the COVID-19 via graphing and mapping 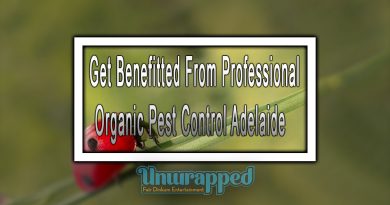