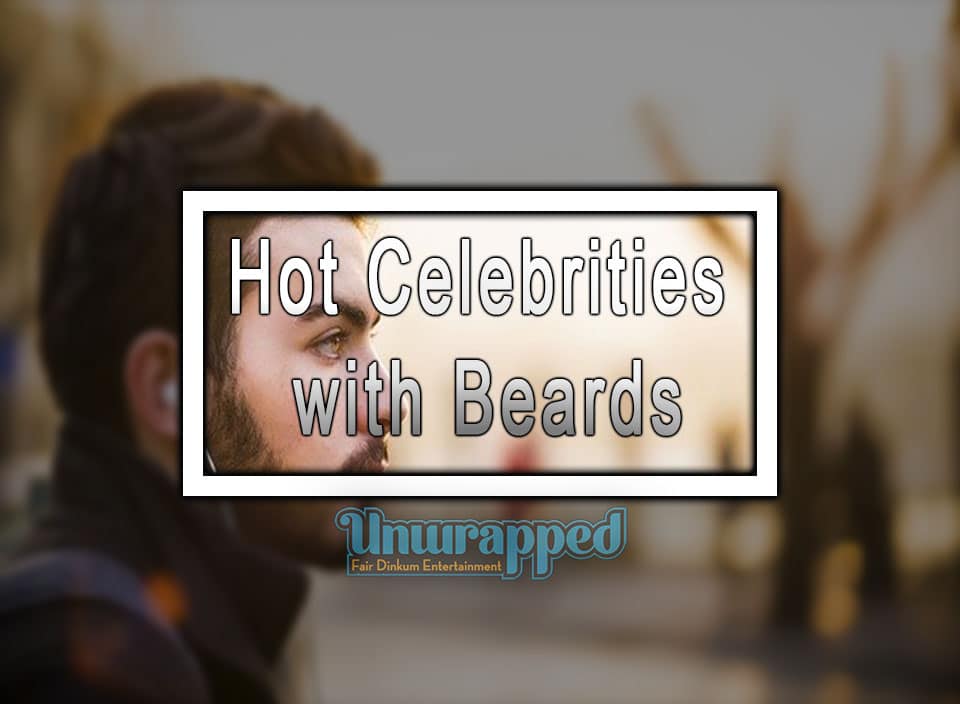 The Sexiest Men in Hollywood With Beards

Men have different preferences when it comes to facial hair. Some are totally against it, while some are truly dedicated to growing their beards, moustaches, and goatees. While a clean-cut shave gives off that good-guy vibe that Hollywood adores, many celebrities opt to go for facial hair – whether it’s for preparation for a new role or just a personal preference. We have to admit that most celebrities can really pull off a full-on beard. Most of them have used their beards as trademarks. Some of these hot celebrities are even difficult to recognize without their iconic beards.

Let’s be honest. Brad Pitt, beard or no beard, is always attractive and hot. He’s one of the male celebrities who can rock any look and still remain attractive. We all know Brad from his remarkable films such as The Fight Club, Troy, and Legends of the Fall. Some fans might know about him for being married to Friends star Jennifer Aniston in the 2000s, and later to Angelina Jolie.

He’s known for changing up his hairstyles and beards for roles. In his epic war drama film Troy, he sported a quintessential long blond hair with a clean-shaven face. Meanwhile, other roles required him to sport a more rugged look such as in the apocalyptic film World War Z.

Will Smith started out as a rapper in the 80s, then later become popular when he starred in the TV show The Fresh Prince of Bel-Air. After marrying fellow actress and singer Jada Pinkett, his family has even gained more popularity. His children Jayden and Willow have both followed their parents’ footsteps, too.

Will is known for his different beards. In some instances, people will see him in just a stubbly, clean-cut goatee; but his famous look is his standout beard. Just recently, fans went crazy when he posted a picture of him in his growing grey beard. Will is baffled because, according to him, he’s been rocking a beard for as long as he can remember.

Jason Momoa gained recognition by starring in HBO’s hit series, Game of Thrones. He later became a worldwide phenomenon when he played D.C. Comics’ Aquaman. In both of these roles, he sported his iconic and sexy unruly beard. Ever since he rose to popularity, many men are trying to achieve his effortlessly sexy beard.

Jason is quite indistinguishable without his full-on man beard. In 2019, he shaved off all his beard to make a case for aluminum cans. In his video, he encouraged everyone to switch to recyclable aluminum cans instead of plastic. Although now bare-faced, Jason remains sexy and handsome as before.

We all know LeBron James. He’s one of the greatest basketball players in NBA History, no big deal. You might already be aware of his epic beard already. Over the years, his beard has evolved into different looks.

Back in the early 2000s, LeBron only sported baby-face stubble which later evolved into a goatee. He started growing some sideburns but still kept it pretty neat. By 2010, he’s already got a thick beard that he continued to grow throughout the years. From time to time, he would sport a clean close shave. Then by 2016, he decided to go full-on with his beard. It’s now the iconic LeBron James beard!

Since his highly acclaimed role in The Office as Jim Halpert, John Krasinski has changed up his looks. From his good boy, clean-shaven look, he now sports a massive beard that certainly suits him well. A self-confessed beard fan, John enjoys playing with several beard styles.

Over the years, he’s sported a rugged scuff, scruffy beards, and that five o’clock shadow. Nowadays, he’s sticking to his mature, full-on grown and dark beard. You can see for yourself in his latest film A Quiet Place, in which he served as a co-writer, director, and actor.

Keanu Reeves is one of the most versatile actors in Hollywood. He’s managed to beautifully portray the most diverse characters in his films. It doesn’t hurt that Keanu gets to change up his looks from time to time to fit his roles. In The Matrix, Keanu goes fully bare-faced. Throughout the years, fans saw him trying out to grow a patchy beard. Unlike most bearded celebrities, Keanu is unable to grow a full-on beard. However, this certainly gives off a unique appeal that’s distinct to him.

Hugh Jackman has played some of the most iconic roles in the Hollywood film industry. This allowed him to radically change his looks, much to his fans’ surprise. In his early days, Hugh was rarely seen with facial hair. He’s usually clean-shaven and well-groomed. At the turn of the century, when he played the iconic role of Wolverine in X-Men, he started sporting this distinct, wolf-like beard style. Nowadays, you’ll see him in his ever-so-sexy scruffs and stubbles.

In his last Wolverine movie, Logan, he reverted back to his signature wolf-like beard, although much messier, edgier, and more mature than his typical full beard styles.

James Harden is known by the world as Houston Rockets’ shooting guard. Apart from his big achievements in sports, he is well-known for his contemporary fashion style and, of course, his iconic beard.

James doesn’t have any tattoos or piercings in his body but is quite particular with his wardrobe choices and facial hair. He has a personal connection with his beard, stating that his growth as a basketball player can be traced through his beard.

Bradley Cooper is one of the few actors who can instantly transform their looks just by changing up their facial hair looks. His facial hair evolution is quite remarkable. Fans almost can’t recognize him after he shaves or grows his beard.

Bradley’s scruffy beard is one of his many signature beard styles. He also typically adjusts his hairstyle to let his beard stand out, such as styling his slick hair pushed back so his beard will get all the attention. He’s now sporting a more mature and rugged beard as seen in his latest box-office hit, A Star is Born.

Aubrey Drake Graham or simply known as Drake is a prominent and influential musical artist. Throughout almost 20 years of his musical career, he’s won a total of four Grammy Awards from stunning 42 nominations. Nowadays, it’s not only his music that fans are after. Many people are on the lookout for his ever-changing haircuts and beard styles.

Drake highlights his beard by sporting a nice clean buzzcut most of the time. Some speculations even surface that Drake’s beard is fake, something that fans vehemently deny. Fans also went crazy when Drake uploaded a picture of him with a clean-shaven face. Based on the comments, people were not happy about it.

Chris Hemsworth gained worldwide recognition for his portrayal of Thor in the Marvel multiverse. He’s now become one of the highest-paid actors in Hollywood. One of his signature styles is his effortlessly rugged and handsome beard. Lots of fans are eager to imitate their idol’s iconic beard.

Chris is quite known for showing off his irresistible beard in his films. But would you believe he’s tried to mix it up in the past years? A few years ago, he shaved off his beard and switched to a retro mustache for a movie role. In some of his pre-Thor roles, you can often spot him clean-shaven.

George Clooney is a multi-award winning actor, film producer, and political activist. He’s got a lot going on for him in the world of Hollywood. George is ever-known for his signature grey hair, well-groomed beard, and dark suits.

Just recently, he was spotted sporting a full-on, lush, groomed silver beard in Spain for a film shoot. He’s truly one of the most handsome men in Hollywood – one of the few people who can effortlessly sport a silver beard.

Ryan Gosling is, without a doubt, one of the hottest and most sought-after actors in Hollywood. Getting worldwide fame from his iconic role as Noah in The Notebook, he’s become many women’s (and men’s) eye candy. He started out as a child actor in Disney Channel shows then gained recognition for starring in the acclaimed film The Believer.

Pre-Notebook era, Ryan usually sported his handsome, boy-next-door, clean baby face that fans totally adored. Throughout the years, he’s changed up his looks by wearing a sophisticated beard. Unlike other male celebrities, Ryan Gosling is still recognizable – no matter how much he changes up his hair and beard. It’s Ryan Gosling, after all!

“Beard or no beard?” The truly hottest male celebrities are those who have the guts to do both. Although growing beards might seem effortless to these hot celebrities, it’s important to remember that growing any kind of facial hair requires a lot of grooming. That’s if you don’t want it to look like your facial hairs are all over the place.

Top 10 Tips On How To Avoid Killing Your Partner During...