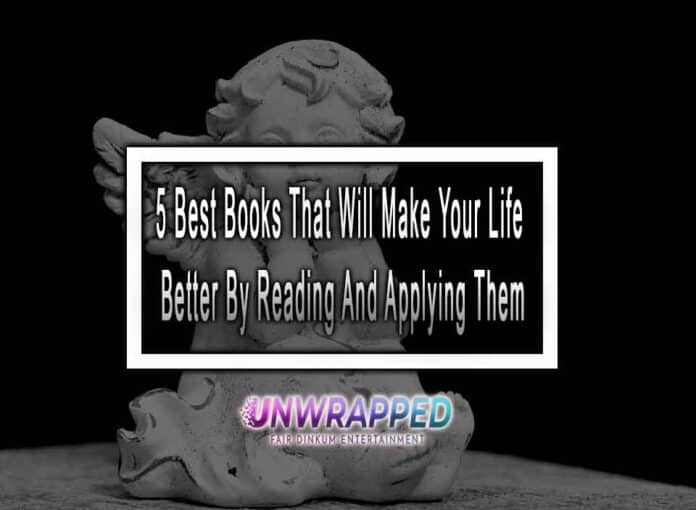 One of the fundamental components of effective emotional leadership is willpower. Thus, stoicism may be viewed as a beneficial technique for strengthening applied in many sectors where perseverance is crucial. Because it often seems that no issue is too complex for them, these individuals you want to talk to when things get difficult for you. They have a stoic disposition, are aware of their thoughts, and accept the good and terrible, ego-driven duality of things as they are.

Also, See: Stoicism And 5 Stoic Exercises To Get You Started

Can someone change it to be that Way? Don’t let not having a solid stoic core discourage you if you’re not one of those folks. By reading the writings of renowned stoics, you may plant the seeds of stoic thought in your mind and begin cultivating that core inside yourself.

The books on the list below are what I consider to be the best places to start learning about and internalizing stoic philosophy. Suppose reading books is like lifting weights for your brain instead of conventional aerobic activity. In that case, reading stoic novels is like that. These five novels gave me stoic mental fortification. They are what I would call guides to live well:

Seneca’s On the Shortness of Life

Reading this passage from Seneca makes you feel more urgent. He reminds you that although each of us has a finite amount of time available, we each have complete control over how we utilize it. His straightforward outlook on life will help you develop a new attitude that will help you simplify your life and accomplish more by boosting your attention and willpower, two qualities Seneca feels are lacking in those who waste their lives.

Many well-known people from today, like Tim Ferris, Ryan Holiday, Chase Jarvis, Shane Parrish, Mark Sisson, and many more successful businesspeople you aspire to be like, list this book as one of the key tools for understanding stoicism.

The entries in Meditations are from the private notebook of one of the most significant Roman Emperors, Marcus Aurelius. Emperor of Rome? Yes, this was written several centuries ago, as one might imagine. You never get the impression that this journal is out of date as you read it. The issues Marcus Aurelius dealt with are still present-day human issues. It seems sensible to take advice from someone who has handled them so calmly.

The fact that Marcus Aurelius addresses himself in this private notebook is another beautiful feature. This enhances the reading experience, giving the impression that you are sitting down with him and soaking up all of his expertise. “Do this. Don’t do that.”

A strong paragraph. Recognizing and embracing this in daily life helps you be more prepared for and less affected by the challenges you will face.

Marcus Aurelius, a stoic philosopher, too has a pragmatic outlook on life and accepts things as they are. The writings of Marcus Aurelius will always be authentic. As I’ve already mentioned, they are incredibly relevant to our day. So you should keep this book as one of your go-to stoic books and refer to it frequently for guidance.

The four books of discourses that we have managed to save are among the most outstanding examples of stoic philosophy, even if half of them have officially been lost. Most of the texts are regarded as the founding texts of stoicism. These fundamental texts launched their growth in those prehistoric periods.

Check Out: 6 Books You Should Read To Understand Stoicism Fully

Epictetus experienced life’s trials early because he was born a slave. Stronger men would feel tricked by fate, but Epictetus learned that everything that occurs to us in life is, at least in part, beyond our control. It is preferable to realize that not everything can be altered, allowing you to concentrate only on the things you can change.

In addition to being an adherent of the Stoic school, Cato the Younger was a statesman well-known for defending the Roman Republic against tyrannical power brokers. He committed himself rather than submitting to Julius Caesar’s rule, becoming a political icon for republican liberty for everyone from Cicero to George Washington.

Cato the Younger is credited with popularizing stoicism due to his deeds. Still, his sacrifice remains one of the most essential pillars of Stoic philosophy.

Although Cato’s life is covered in this biography in several ways, his distinctive perspective on living is its most important lesson. Cato never feared for his life and never made concessions. He is a role model for developing an unshakable drive to excel as a leader because of this.

Such a will is developed via the virtues of taking the initiative, resolving issues as they arise, and continuously learning and remembering that. Be sincere, and only communicate what is necessary and when.

Ryan Holiday’s book The Obstacle is the Way.

According to Jimmi Soni, the co-author of the introductory book on Cato the Younger, The Roadblock is the Way is “a kind of user’s guide for life; you will refer to it time and time again and learn to rip through any roadblock and settle any issue.” This book is about overcoming difficulties using stoic ideals.

As a practising Stoic, Ryan has spent years blogging online about this Way of thinking. He created a new perspective on the discipline by fusing the ancient knowledge with those ignorant Stoics of our day, thanks to his own experience. Examples include Steve Jobs’ struggle to create the most revolutionary phone ever, Barack Obama’s triumph in his first election, and so forth. This novel references historical figures, including Theodore Roosevelt, John D. Rockefeller, Ulysses S. Grant, and many others.

Also Read: The Stoic Philosophers: Who Were They?

These outstanding individuals are linked by the fact that they all approached challenges with a growth-oriented perspective (what can I do to remedy this?) as opposed to a fixed mindset (why is this happening to me?). They dealt with the issues they could influence and accepted the things they couldn’t.

I really hope that one of these novels ends up on your nightstand. Which are you going to read first? Comment below and let me know!

Stay Connected
41,936FansLike
5,684FollowersFollow
867FollowersFollow
Previous article
5 Best Books To Discover Stoicism And Better Understand It
Next article
Is It Actually Worthwhile To Achieve Your Goals

What is Kindle Direct Publishing?