6 Books You Should Read To Understand Stoicism Fully 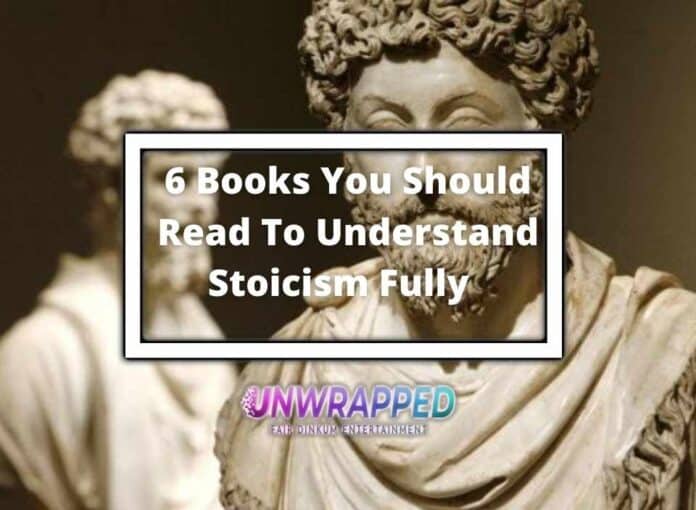 Top 6 Stoic Books That You Must Read to Understand Stoicism

The best part about Stoicism is that you can go to the main books on Stoicism, read them and feel like they were written yesterday, not 2000 years ago. You can pick up Seneca, Marcus Aurelius, or Epictetus and find the writing fresh as always. In them, we find the wisdom to help us overcome adversity, find serenity, and live well. They contain timeless truths and wisdom for any age.

Understanding some key concepts such as MEMENTO MORI, AMOR FATI, PRAEMEDITATIO MALORUM, or VOLUNTARY DISCOMFORT, will allow us to better face many of the situations that we have to face throughout life.

I researched everything I could about the main Stoic literature. That research led to the following list: what I would call is (hopefully) the best collection of books on Stoicism.

1. Applied Stoicism: Take Back Control of Your Chaotic Mind By R.K. Jones

Applied Stoicism: Take Back Control of Your Chaotic Mind takes you on a transformational journey from start to finish. R.K. Jones explores what it means to take control of our internal battle between chaos and order. All throughout our lives, our consciousness and who we are are in a constant state of flux, because we are our own worst enemies.

Applied Stoicism is an easy-to-follow guide that gives you not only exercises for improving your life, but also the knowledge behind them. In a world that is constantly changing, Stoicism remains at the core of modern-day functionality.

Do not be fooled by the date on which Marcus Aurelius completed the writings that would be collected later in his Meditations: his content is philosophical, autobiographical, and full of common sense, and will sound contemporary and universal to any reader. Especially to those who are interested in learning more about the teachings of Stoicism, as a philosophical school that can contribute to improving the daily life of anyone.

Written in twelve books or chapters, the Meditations cover the vital reflections of the emperor during his last 12 years, in which moderation, respect for nature, the identification between all things and the universe (pantheism), as well as a deep conviction in Stoicism served as a philosophical and vital model.4

3. Discourses and Selected Writings by Epictetus

Epictetus’ Discourses are among the most influential Stoic writings. He sets out the fundamental ethical principles of Stoicism in a form that should help people to apply them more easily in practice and use them as a basis for leading a virtuous, calmer, and happier life.

The Discourses are therefore characterized by lively informality and are imbued with numerous anecdotes, pictorial examples, and dialogues. Their important message is that our happiness depends on us and that each of us can, with the help of reflection, insight, and hard work, achieve that goal. According to Epictetus, you should change your desires rather than the order of the world.

Epictetus in his lectures and discourses alludes to various life situations in which his students might find themselves and offers them advice on how to behave in those situations. The stoicism which he seeks to convey to his listeners represents a kind of mental hygiene, the purpose of which is to provide mental health and strength of character in those who adhere to it. Such an approach to philosophy requires serious personal engagement and no small intellectual and moral effort.

4. Letters from a Stoic by Seneca

The “Letters from a Stoic” form a set of 124 pieces published in twenty books. Seneca forged in these letters his masterpiece, the philosopher’s living testament, in which there are innumerable concerns, experiences, and thoughts of the author.

Here are some of the most original and most learned thoughts about morality, life, and sincerity of one of the greatest teachers of morality of all time. Seneca provides evidence of his in-depth knowledge of the philosophy and sciences of the time, as well as of his lavish talent for creating original ethical theories and views.

5. A Guide to the Good Life by William B Irvine

This is probably one of the most famous modern introductory texts for beginners. The book is highly readable and, like other books on the list, provides an excellent introduction to philosophy for people looking to understand Stoicism.

The book gives a look at stoicism from the 20th century and how to use it to find happiness, in a world full of rush, competitiveness, and ego. A guide to learning to relativize concerns and focus on what is really in our control.

If I had to mention a book that was capable of compiling the origin of the first Stoics, Stoicism in Roman times until its decline in a didactic way, this would undoubtedly be the book.

Also See: 5 Stoicism Practices That Will Help Bring Calm to the Chaos We Face Today

6. How to be a Stoic, by Massimo Pigliucci

Massimo, an Italian author with a doctorate in genetics, evolutionary biology, and philosophy, develops a rational and science-friendly philosophy that includes metaphysics with a spiritual dimension in a simple book, which aims to use ancient philosophy in our day-to-day.

For this, he uses the ideas of the slave Epictetus through a series of bases with a simple language and practical proposals to accompany those who are looking for the first contact with this philosophy, some pleasant and entertaining teachings to get closer to the ideas of Stoicism.

He is behind the popular blog “How to be a Stoic,” which is “an evolutionary guide to practical Stoicism for the 21st century.” This is a perfect book to get started in Stoicism if you have a hard time reading a work by Marcus Aurelius or Epictetus.

Stoicism is a philosophy that helps more people every day to face their lives by making them control their emotions, and I have chosen these books so you can continue to advance on your path of personal growth.

5 Myths About Stoicism That You Should Be Aware Of

Stay Connected
52,679FansLike
5,667FollowersFollow
828FollowersFollow
Previous articleSometimes You Just Need a Win – Reasons You’re NOT Winning – Day 51
Next article5 Drawbacks Of Being A Stoic Person In Modern Life | Number 5 Will Resonate With You