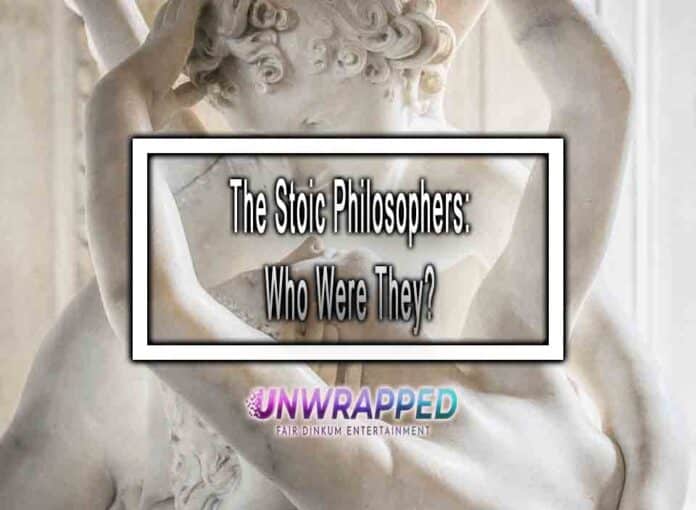 Stoic Philosophy Was Shaped By A Few Philosophers.

Nearly every known background was represented among the ancient Stoic thinkers. One was an emperor, while the other was a slave. One carried water, while the other was a well-known writer. Others were independently affluent, while others worked as merchants. Others were warriors, while others were senators. The concept they all adhered to was something they all shared in common. They focused on what was exclusively under their own control: Their own ideas, their own deeds, and their own beliefs, whether they were struggling beneath the chains of slavery or commanding the Roman army.

Here are a few summaries of some of the most significant Stoics. It’s critical to remember that these are simply the Stoics whose names have survived to the present day; for each of them, there were dozens or even hundreds of other great, fearless thinkers whose legacy has since been lost.

Zeno of Citium established the stoic school of thought. Shipwrecked close to Athens, he made the most of his misfortune by utilizing all the city’s intellectual resources. He attended lectures from various schools of philosophy (such as cynicism and epicuralism) before founding his own. The term “Stoicism” originated from the Greek word for porch, “stkos,” which he would use to demonstrate his thesis on the Stoa Poikile, an Athens porch known for its elaborate painting.

Marcus Aurelius was one of the most significant historical characters. For two decades, he presided over the Roman Empire, one of the most prominent and influential civilizations the world had ever known. Emperor Aurelius fervently adhered to and followed the Stoic philosophy despite having public authority and being free to do as he wanted.

In his notebook, he chronicled his daily attempts to live a constrained, thoughtful, and moral life. He wrote them only for himself, and only afterwards were his writings rediscovered, collected, and published as Meditations. One of the most important Stoic writings today is the collection. He provides a great example of how Stoic tactics may reduce anxiety, and his works provide a genuine look into the mind of a practising Stoic.

A former slave who rose through the ranks to become one of Stoicism’s most analytical philosophers was named Epictetus. The Enchiridion, Epictetus’ manual, is a practical examination of how to apply the Stoic philosophy in daily life. He was especially good at demonstrating how Stoic principles enhance one’s quality of life and making a solid case for why one would choose to adopt Stoicism as their main philosophy. Many of his teachings are now well recognized, even if they were not originally his. For instance, one of his tenets forms the foundation of the serenity prayer: “God grant me wisdom to discern the difference, courage to change what I can, and serenity to accept the things I cannot change.”

See: Top 20 Books On Stoicism That Use Principles Founded In Stoicism

Lucius Annaeus Seneca had tremendous charm and a way with words since he was a statesman, a playwright, and a writer. His books are among the most significant resources for newcomers to interact with Stoicism because of his blatant, engaging, and unique method of expressing philosophy. Seneca’s ideas appeal to current audiences because of his remarkably realistic reflections on issues like friendship, mortality, altruism, and the efficient use of time. Look at Letters from a Stoic, one of Seneca’s most well-known works, here. Listen to The Tao of Seneca to see why Seneca offers some of Tim Ferriss’ most excellent life tips.

Check Out: What is Stoicism? Things You Need to Know about Stoic Philosophy