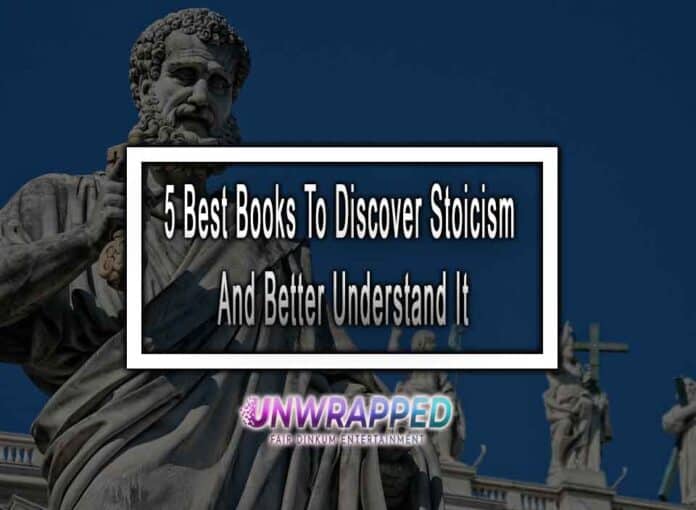 An Introduction to Stoicism

Stoicism, a school of thought, developed about 2,500 years ago by the Greek philosopher Zeno of Citium, is currently very popular. Stoic pearls of wisdom from the Greco-Roman era, notably those by Epictetus, Seneca, and Marcus Aurelius circulate online and are shared by millions of people on social media.

This is perhaps because so much of the wisdom of the Stoics can be really useful. In contrast to other philosophy, which tragically, as a general subject, is frequently perceived as being out of date or pointless (here is our counter argument as to why philosophy in today’s world is actually as relevant and vital as ever), Stoicism gets to the heart of our everyday attitudes and behaviours. Furthermore, numerous well-known natty aphorisms and phrases distil its fundamental ideas.

Today, the word “stoic” is frequently used disparagingly to refer to persons who lack compassion and emotion. In actuality, stoics are highly emotional individuals who choose to limit their attention to those things they can control. Likewise, they recognize all of the factors outside their control that impact their life for what they are: uncontrollable factors. Their ideas are perceived by them as the fleeting sensations that they are—similar to an itch or a paper cut.

You’re not the only one if you find this intriguing. Years have been spent by me and many others researching the wisdom of Stoicism and how to apply it to contemporary living.

As more individuals become aware of these ancient concepts’ importance in our contemporary lives, the body of literature on Stoicism is expanding rapidly. Although this is a good thing, it can be challenging to know where to start. As I think back on my personal exploration of Stoicism, I hope that sharing my top selections for the finest literature on the philosophy can aid you in discovering your own path:

This reading list includes the most significant original works written by the great Stoic philosophers and the most excellent and most approachable beginning books on the topic if you’re interested in learning more about Stoicism. Let’s start now!

The 1999-released The Cambridge Companion to the Stoics is the book you turn to if you want a more in-depth critical critique of anything Stoic. This anthology of articles by modern scholars, edited by Brad Inwood, examines the development and impact of Stoicism and provides a thorough analysis of its key concepts. Any aspiring Stoic scholar should have The Cambridge Companion to the Stoics on their bookshelves since it is a problematic book with great value. It is ideal for individuals wishing to enhance their engagement with Stoicism.

Check Out: Stoicism And 5 Stoic Exercises To Get You Started

The final of the three foremost Stoic thinkers we’ve included in our ranking of the finest books on Stoicism, Marcus Aurelius, is a giant of the Stoic tradition. Marcus Aurelius is also the most well-known of the three. The Antonine Plague, a pandemic that decimated the Roman Empire’s population and claimed five million lives, occurred during the reign of Aurelius, the Roman emperor. He ruled from 161 to 180 AD. The philosophy Aurelius promoted is one of tranquillity and serenity, maybe despite these trying situations.

His Meditations, a collection of his private reflections written without any thought of publication, have received countless accolades from authors, philosophers, kings, and politicians since the great man passed away. They are a significant source for the modern understanding of ancient Stoic philosophy. Aurelius’ Meditations are a must-read for anyone interested in Stoicism since they provide substantial insights on handling adversity and living a successful life.

Seneca’s book Letters from a Stoic

While the Stoic philosophy of the Roman senator and playwright Seneca encouraged restraint and moderation, his life (which spanned from 4 BC to 65 AD) was characterised by significant turmoil. Seneca was banished to the island of Corsica by the emperor Claudius in 41 AD due to a political conflict. Still, he was permitted to return in 49 AD to serve as Nero’s tutor. Seneca was appointed as Nero’s counsellor when he was made emperor. Over time, Seneca’s influence over Nero waned. In 65 AD, Seneca was compelled to commit suicide after being falsely accused of involvement in Nero’s murder.

There is much to be learned from Seneca’s humour, wisdom, and fortitude in facing these events, even if they may seem far removed from the twenty-first century. Reading Letters from a Stoic, a compilation of letters Seneca composed throughout his life is like having unique access to a deep, beautiful well of profound, practical wisdom addressed to you. It is incredibly approachable. Your bookcase won’t be complete if you’re interested in Stoicism without Seneca.

Starting with the writings of the philosopher whose detailed practical knowledge laid the groundwork for most of the Stoic philosophy that followed, we may turn from introductions to critical Stoic literature. The Greek Stoic Epictetus, a former slave, turned philosopher, held a school at Nicopolis at the beginning of the second century AD. Arrian, Epictetus’ most renowned student, zealously documented the lessons from this school. Epictetus’ Discourses and Selected Writings is a magnificent book that is a must-have for every student of Stoicism because it contains the kind of life-altering insight that is still applicable, approachable, and instructive today as it was 2,000 years ago.

Read: The Stoic Philosophers: Who Were They?

Massimo Pigliucci’s book How to Be a Stoic

Anyone interested in Stoicism should start with Massimo Pigliucci How to Be a Stoic, published in 2017. In this accessible introduction to Stoicism, Pigliucci uses engaging fictional talks with Epictetus, one of the most essential Stoics of all time, to take the reader through the philosophy’s fundamental principles. How to Be a Stoic is a beautiful introduction to Stoicism because Pigliucci brings ancient Stoic knowledge into the modern day with an approachable structure, uncovering practical insight into issues we face today.

Stay Connected
41,936FansLike
5,684FollowersFollow
867FollowersFollow
Previous article
The Stoic Philosophers: Who Were They?
Next article
5 Best Books That Will Make Your Life Better By Reading And Applying Them

See You at The Top by Zig Ziglar: Quick Summary