What is a Diamond Duck in Cricket? 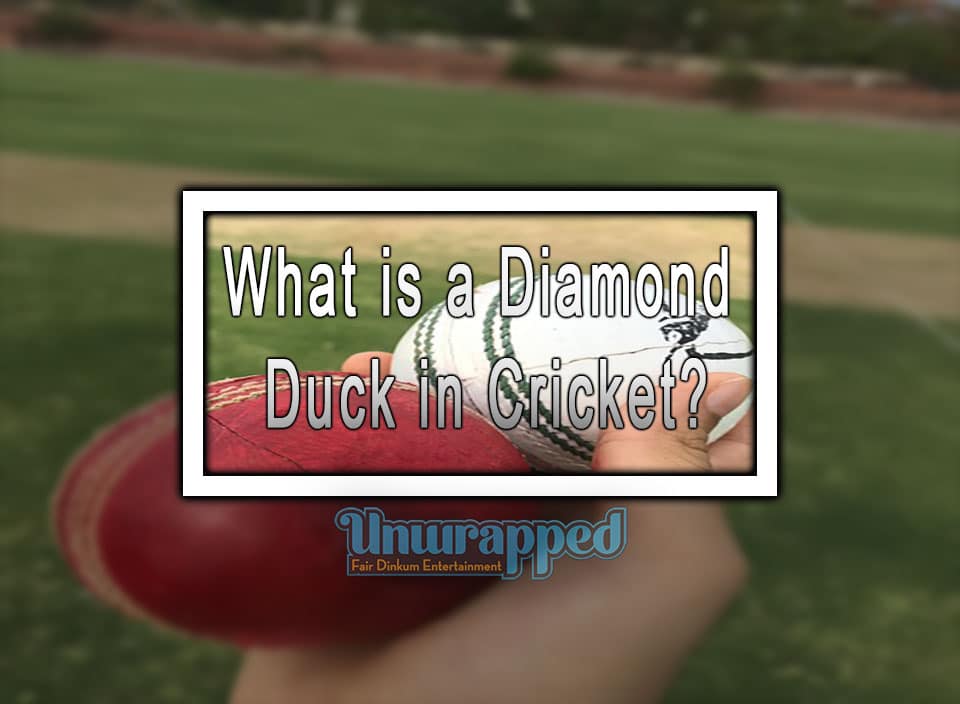 Everything You Need to Know About Diamond Duck in Cricket

A diamond duck in cricket is a specific type of gameplay in which the batter gets dismissed without facing a single legal ball.

What is a Duck?

Duck comes from the phrase “ducks egg” which is often used to describe the dismissal of a batter without scoring any runs. The similarity in the shape of zero to a duck’s egg is the rationale behind this jargon.

Diamond duck in cricket is a very rare occurrence. It occurs when the batter is unable to score any runs and gets dismissed before facing the first legal ball. The characteristics are:

When Can There be a Diamond Duck?

There are very few possible situations in which a diamond duck is possible.

As unfortunate as it sounds, very few cricketers have had the misfortune of securing a diamond duck. Even more, very few diamond ducks were noted during important matches in tours or tournaments. Here we cite a few important examples of diamond duck noted in history:

The first innings of the test match ended with India having a lead of 202 runs. The second innings in Lahore however had a very different impact on the entire series.

The Indian team lost its batter, Akash Chopra, after scoring merely 15 runs. He was dismissed after the last ball of the over. Rahul Dravid got on as his replacement. As a result, Dravid started his play at the non-striking end.

He was partnered with Virendra Sehwag, who was at the striking end. After the second ball of the over Sehwag and Dravid tried to steal a single run. The batter was dismissed after a run-out when a Pakistani fielder (Imran Farhat) stumped over the wickets directly. Even though it was a close call Dravid didn’t need the third umpire to know he had been caught short of the crease.

The Pakistan team had a hard time defeating the Bangladesh team after their disastrous performance during batting.

The Bangladesh team had set a target for 261. Although the target was not hard to achieve, the Bangladeshi bowling side had put up a challenge for their opponent. Younis Khan was run out while making it across the crease. The batsman had not yet faced a single ball and was running from the non-striker end to the striker end.

Simon Katich was a famous player from the Australian team. The player infamously claimed a diamond duck in Australia’s match in the Ashes series,2010.

The series was not going well for Australia. The performance of the Australian team had dealt with a serious blow when the Australian cricketer Simon Katich got dismissed without facing a single ball.

The Australian batsman was run out while stealing a single. When his partner Shane Watson hit a ball and ran to take a single, the batter didn’t respond in time. The England team took advantage of this miscommunication and English player Jonathan Trotter stumped Katich out.

Taufeeq Umar was a well-known player from the Pakistan team. Umar had got a diamond duck during his performance against the Australian team in 2002.

The entire test series was a disaster for the Pakistan team. In the first innings itself, the team managed to score 59 runs while in the second innings the team only scored 51 runs. Taufeeq Umar was the opening batsman from the Pakistan side. He never got the opportunity to face the first ball as he was dismissed after being run out.

The batter was batting alongside Imran Nazir. Imran Nazir faced the first 5 balls of the innings but couldn’t secure any runs. The last ball was hit towards the shirt point. Ponting, the fielder at the short point, had some trouble picking up the ball.

Taking advantage of this Taufeeq wanted to steal a single but his partner did not notice him running across the crease. By the time the ball was picked up both the batsmen ended at the striking end. Ponting stumped the wickets at the non-striking end and Taufeeq had to take an early leave.

India – Australia matches in the early 2000s were intensely laced with controversies and amazing gameplay. Harbhajan Singh was a well-renowned spin bowler from the Indian side. Although his skills with batting are not as good as his bowling, his batting has helped India secure victory in several matches.

In the 2007-08 tour, at the first test match in Melbourne the Indian team had a tough time playing against Australia. The Australian team put on a very good performance while batting. The Indian side needed to score 499 runs to win.

None of the Indian batsmen put up a worthy performance. However, the most embarrassing of all was the diamond duck by Harbhajan Singh. Singh was sent to okay when India had a score of 157 for 7.

The chances of their victory were very low. Singh was at the nonstriking end when his partner hit a ball. In the desperate effort to steal a single, Singh sprinted towards the other end of the crease. However, he was run out by Mike Hussey even before he could face a single ball.

Diamond Duck is very rare yet exciting gameplay in cricket. Getting dismissed without scoring any runs is bad as it is, but scoring a duck without facing a ball is worse. Even famous cricketers fall to a diamond duck.