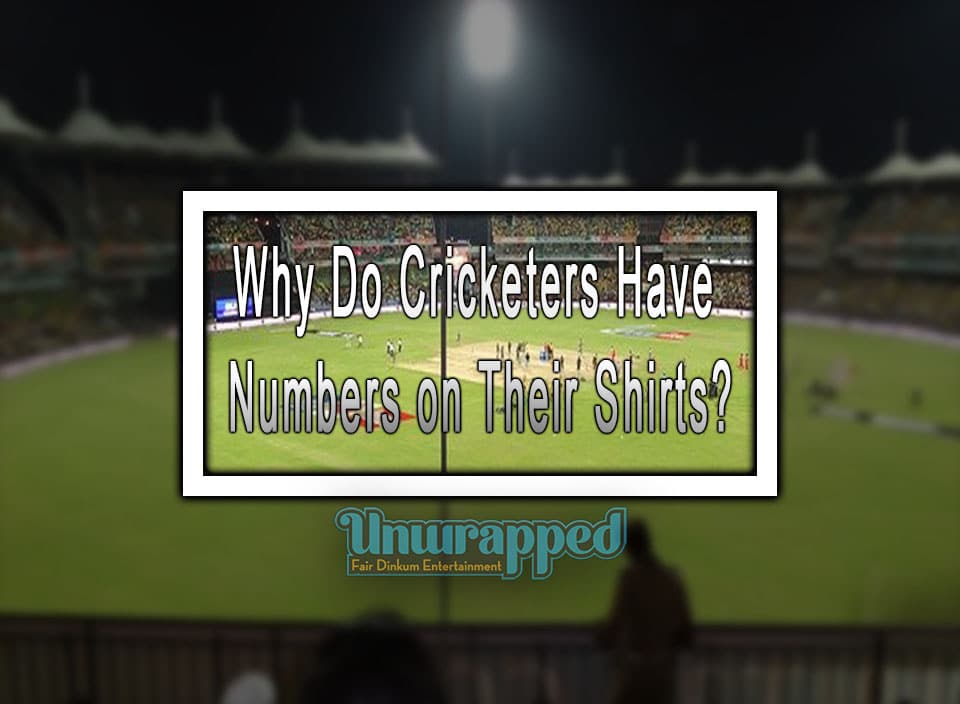 The Mystery Behind Cricketers Having a Unique Number in Their Shirts

Cricket, just like other team sports, is a popular ball and bat sport, and every member in the team has a designated number in their shirt or jersey. But why do cricket players have different numbers on the front of their shirts? Why is it that every player has a number on the back of their shirts? In this article, you will gain knowledge about the truth about the numbers on every cricketer’s shirt.

1. First of all, the numbers on the cricketer’s shirt are used to have an organized game flow. The big and bright number prints on the shirt of the cricketer’s shirt can make the television and radio commentators’ job easier. The numbers also help the officials, and spectators to identify the player without having to memorize their names. When a player does an excellent catch in the field or perhaps causes a foul-play, the commentator could easily call the players out by saying their name instead.

2. If the cricket matches take place internationally, where all things and people are foreign, the numbers on the cricketer’s shirt can easily be determined by a teammate inside a busy dressing room while both teams are preparing for the match.

3. Another important purpose of numbers on the shirt is that it will help fans easily spot their favourite players on the field. Added to this, a very loyal fan would even show their devotion for their idol by purchasing their favourite team’s merchandise and wear the jersey with their favourite cricketer’s number on it.

4. The specific numbers that every cricketer in the field possess signifies their own individuality and their trademark as well. Fans all over the world will help them easily remember which number was the cricketer because most probably, that specific had stood out the most. Lucky for the fans they know their number.

When Did The Number Prints on Cricketers’ Shirts Start?

The beginning of the sport, cricket, had started way back in a century, four decades, and two years (142) ago! However, the start of cricketers wearing shirts with their designated number had actually begun back in 1999 only. It was first used during the 1999 Cricket World Cup. The captains from both opposing teams wore the number “1” jersey, while the rest of the members wore the numbers 2 up to 15. It was the English team who were the first to wear their jersey shirts with numbers on them starting from 2001, until now, and for the future matches to come.

Also See: Who is the Founder of IPL?

What is the Process of Assigning a Jersey Number in Cricket?

In this portion of the article, we will be discussing how the individual numbers of each player are assigned to them. For the numbers in front of the shirt of every cricketer, the numbers wear actually assigned by their country’s cricket officials according to the player’s position in the team and in the chronological position. For example, if a player has a 300 embossed on the front of their shirt, this means that he or she is the player number 300 that represents their country in a specific game format, a Test Match or in One Day International (ODI) cricket matches. The front numbers are actually a smaller font than the back, and it is placed underneath the cricket player’s country badge or logo. As for the back of their shirts, the International Cricket Council lets the players choose their own numbers freely.

To conclude this article, we will be sharing our thoughts about cricket. It is true that as a fan and viewer, in both the stadium or the television, we mostly focus and are highly immersed in the number of points that are increasing every moment, the number of runs a player makes, the number of wickets, the number of catches that our favourite player or the other team makes, and any penalties they will probably receive.

But above all of that, we must not forget about the individuality of every player in the field. Their numbers do not just signify their position or probably their favourite number or their birthday, but the numbers in the jersey are also their trademark, the numbers that set them apart from other players, the thought that comes to our mind when we are reminded of our favourite player, and most of all the rich history of cricket that flourished from time to time until it became one of the most renowned team ball and bat sports in the world. The sport, cricket, has come a long way, indeed.