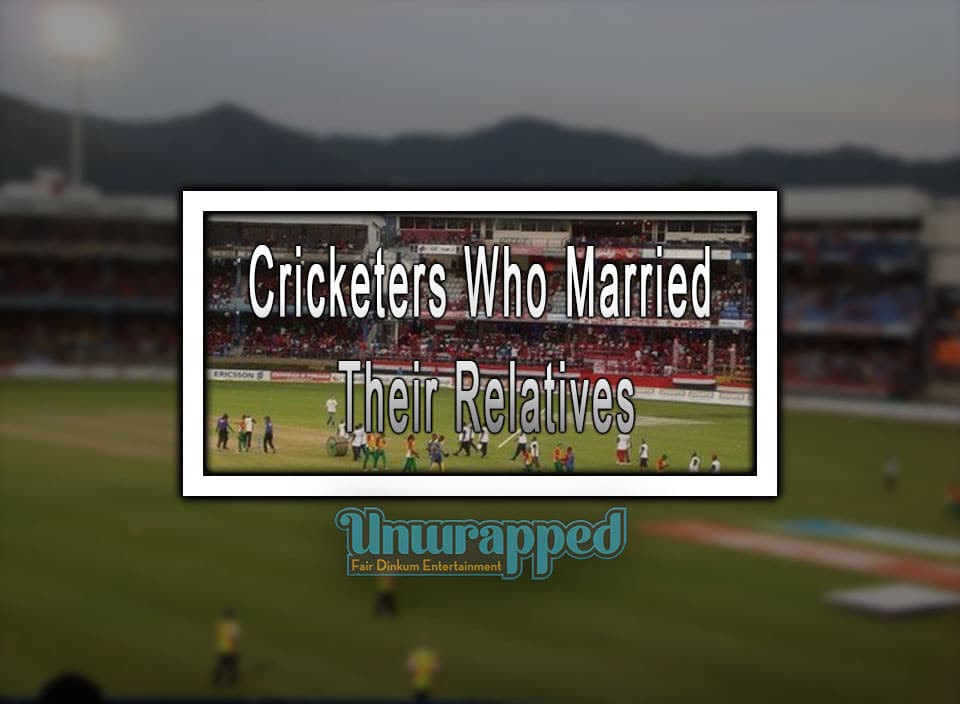 Most people consider marrying your relatives a peculiar act. Health experts claim that marriage between relatives increases congenital disabilities and abnormalities. Consequently, most people in the world have conformed to the societal trend of not marrying from relatives. However, some strongly believe cousin marriages unite the family. Relative marriages are mainly seen among Muslims and Indians. Notably, many cricketers in the world have married their blood relatives.

Babar Azam is a Pakistani cricket player who was born in 1994. He captains Pakistan matches in various formats. He is highly regarded in cricket since he achieved the first spot for best batsman in ICC rankings.

Recently, he has made headlines because of his personal life. Babar Azam got engaged to his cousin in 2021. He is set to marry his new bride next year. There are ongoing arrangements by their family members for their marriage.

The bride is his uncle’s daughter, which means she is his immediate cousin. Many people believe that marriages with family members are forbidden. This ideology is mainly based on your society setup. Depending on your religious background, you can choose to marry whoever you want.

Mohammed Babar Azam is from a culture where cousin marriages are viewed as ideal for the family. Cultures that practice this type of marriage believe they are strengthening their families.

Virender Sehwag is a former cricket player who retired in 2015. He is beloved by his fans since he is revered as the greatest batsman in India. Many believe he was very instrumental in India winning the 2007 and 2011 world cup.

Apart from his tremendous success in the field, Virender personal life is interesting. Virender Sehwag and Aarti Ahlawat met when they were very young. They first met when Virender cousin married Aarti’s aunt. The two formed a strong bond from then. Over the years, their friendship evolved into a romantic adoration.

Sehwag proposed to his childhood friend immediately after he turned 21. His proposal was met with sheer acceptance from his soon to be bride. Like all love stories, the couple faced a few challenges, which they overcame later.

Aarti’s family was reluctant on accepting their union because the two were distantly related. Their constant attempts to break up the couple failed, and eventually, they all gave in. Virender finally married Aarti in 2004 after dating for three years. The two welcomed their two children in 2007 and 2010, respectively. Their firstborn was born when Sehwag was 23 and Aarti was 21.

Also See: Who is the Founder of IPL?

Sahibzada Mohammad Shahid Khan Afridi is a Pakistani cricketer who was born in 1975. He is known and loved vastly because of his aggressive batting in the field. Additionally, he served as the captain of the Pakistan national cricket team. In the cricket world, Afridi holds the record for the fastest ODI in cricket.

Despite the modernization of the world, there are parts of the world that practice arranged marriages. Typically, the marriage between Shahidi and Nadia was arranged by their families. In 2000, Afridi felt he was ready to start his own family. In those parts of the world, the parent’s role is to find a lovely and respectable bride suitable for their son. His father found him a bride who is from Afridas maternal uncle.

Afridi got engaged to his soon to be wife and fell and fell head over heels. The two have been married for over ten years. Their union is blessed with five daughters. In Pakistan, cricketers are still marrying their blood relatives. It is the norm of the Pakistanian people.

Saeed Anwar is a retired Pakistani cricketer who was born in 1968. He used to play for the opening batsman position. He is famously known for being the captain during tests and ODIS. He played between 1939 and 2003, where he scored over twenty centuries in ODIS. Saeed Anwar retired from cricket in 2003 as the highest scoring batsman in the Pakistans world cup.

Saeed Anwar raised eyebrows after tying the note with his distant cousin Lubna Anwar in 1996. Lubna Anwar is a physician; hence many people did not expect her to marry her relative due to her advanced studies. The two proved the whole world wrong when they tied the note. The couple tragically lost their daughter, called Binah, in 2001 after a prolonged battle with an illness. Despite this heavy blow on the family, the two have been together for 25 years.

Mustafizur Rahman is a 26-year-old Bangladeshi cricket player. His international career began in  2015 in a match against Pakistan. Here, he got a chance to play against known wickets such as  Mohammad Hafeez and Shahidi Afridi. In the field, he is mainly a left-arm medium bowler. He is slowly building his fan base in the One Day International series because he has taken the most wickets.

After the world cup, Mustafuzur went back to New Zealand to marry his cousin Samia Peruvian. Their wedding was a private ceremony attended by family members only. Following his incident in New Zealand, It is believed that his mother decided he should settle down. In this case, the mother took the initiative to find her son a wife when she felt it was appropriate.

Mosaddek Hossain Sailat is a 26-year-old Bangladeshi cricketer. He began his international career in early 2006. He majorly plays as a right-handed batsman and has been further captained for several games.

He received attention due to his ongoing divorce from his cousin, who he married at 16. Their marriage has since faced numerous challenges following Usha’s claim that the cricketer tortured her repeatedly for dowry. The divorce has followed legal battles since Usha wants more money from the divorce settlement.

Love is a beautiful feeling that should be celebrated in any culture. Though many states are trying to do away with relative marriages, there are still people practising it. Famous Cricketers are some of the people who still marry their relatives.

Top 10 Jockeys in Australia And the Horses They Rode to...