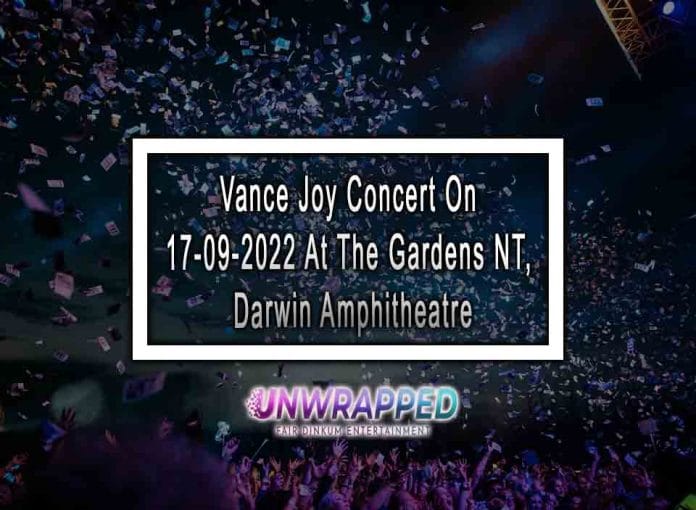 After conquering the globe, Vance Joy is returning home for The Long Way Home Tour. It will be an extraordinary homecoming for one of Australia’s most famous artists, whose hits include Riptide, Mess is Mine, Georgia, We’re Going Home, and Missing Piece, which has been streamed over 3.2 billion times worldwide. He’s also featured on Jimmy Kimmel Live, Late Night with Seth Myers, Jools Holland, The Today Show, and Good Morning America, among other shows in the United States and the United Kingdom.

Since ‘Riptide’ converted him into a multi-Platinum, Hottest 100 regular, and a worldwide touring and streaming favorite, Vance Joy has become a household name – ten of his songs are now ARIA-certified Platinum or multi-Platinum. ARIA Award nominations for ‘Missing Piece,’ his first new song since 2018’s record Nation of Two, have prompted Vance to announce a tour. While in Barcelona with his Turkish girlfriend, Vance recently played the song The Late Late Show with James Corden on the rooftop of a Gaudi building. On Sunday night, he’ll play at La Paloma Dance Hall, another of Barcelona’s flashy venues, for the return of The Sound on Australian television.

Vance Joy is the stage name of James Gabriel Keogh, an Australian singer, and composer. In 2013, he inked a five-album contract with Atlantic Records. In March 2013, he released his debut EP; God Loves You When You’re Dancing. On the 2013 Triple J Hottest 100, his song “Riptide” was voted number one. Joy’s debut studio album, Dream Your Life Away, was released on 5 Sept 2014 in Australia and 9 Sept 2014 in the rest of the world. He was named Best Male Artist at the 2015 ARIA Music Awards. Nation of Two, his second studio album, was released in 2018. Joy went to Melbourne’s St. Patricks Primary School in Murrumbeena. In 2005, he graduated from St. Kevin’s College, Toorak, where he served as school captain. Joy earned a Bachelor of Arts and a Bachelor of Laws from Monash University.