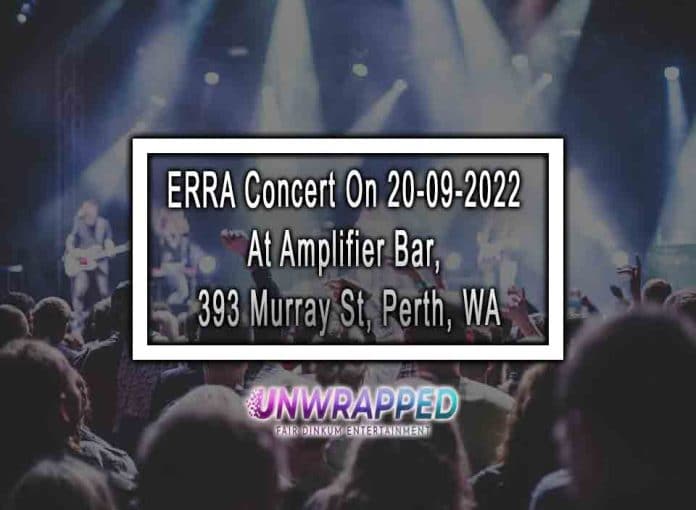 THE PLOT IN YOU, an Ohio foursome, has announced the Swan Song Australian and New Zealand tour, which will take place in September 2022 in all capital cities. ERRA, a five-piece progressive metalcore heavyweight, will be joining them on their first national headline tour. Swan Song, THE PLOT IN YOU’s fifth full-length album, was released in September.

Swan Song confronts years of negativity, sour friendships, disappointment, and blunders sonic and spiritually and flushes it all away in the wake of hammering distortion, soaring melodies, dramatic production, and shamelessly cathartic lyrics. The narrative of your previous visit to one of our events saw them accompanying Polaris on the sold-out national ‘the mortal coil tour’ in 2018, with reviews praising their stunning live display. Grab a ticket while they’re still available!

Erra is a Birmingham, Alabama-based progressive metal core band that formed in 2009. The band was called after the Akkadian deity of battle and pestilence of the same name. To date, the group has released five studio albums and three EPs. As I Lay Dying, August Burns Red, TesseracT, Born of Osiris, Ice Nine Kills, Glass Cloud, Within the Ruins, and Texas in July have all toured with them. Erra, their most recent album, was released on 19 Mar 2021.

Alex Ballew, Jesse Cash, Adam Hicks, Garrison Lee, and Alan Rigdon met in high school and created Erra in Birmingham, Alabama, in 2009. Later that year, the band released Impulse, their debut studio album, and went on tour with Born of Osiris and Upon a Burning Body. The band self-released two EPs, the first of which was self-named in 2009 and the second of which was titled Andromeda in 2010. Tragic Hero Records, who had signed them in 2011, became aware of this.

The Plot in You Biography

The Plot in You is a rock band from Hancock County, Ohio, that started in 2010. Former Before Their Eyes member Landon Tewers founded the band, including Tewers, guitarist Josh Childress, bassist Ethan Yoder, and drummer Michael Cooper. The Plot in You has five studio albums and one EP to its credit. Their debut studio album First Born was published in 2011, and their second studio album, Could You Watch Your Children Burn, was released in 2013.

When is Bellingen Readers & Writers Festival 2022