Skip to content
You are here:Home / Top Ten Of Australia’s Most Dangerous Reptiles 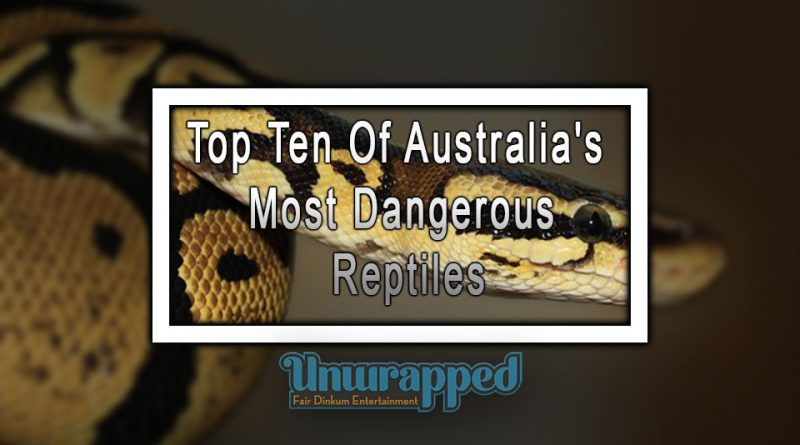 The Most Deadliest Of The Reptile Animals in Australia

When we talk about Australia, we usually consider it the mighty continent with admirable landscapes, wonderful beaches, and beautiful biodiversity. It rarely comes in our mind that Australia is also famous for being home to deadly animals. This bad reputation of Australia has come in front of the world after a stingray killed our crocodile hunter, Steve Irwin. But that does not mean, we will stop dreaming about Australia. Everything comes with a package of pros and cons. Deadly animals are considered as one of the cons of the natural biodiversity of Australia. Some of the most dangerous Australian reptiles are discussed here.

Eastern Brown Snake is known to be one of the most dangerous reptiles in the world. This snake is held responsible for most of the snake bite fatalities in Australia. The Eastern Brown snake can be spotted all across the continent. It has a length of nearly a meter and some adults can grow as long as two meters. It is a very nervy snake, as soon as you come close to the snake, it can bite you very quickly and then you have very few options left. More than 60% of fatal snake bites in Australia are that of the Eastern Brown Snake. This species of snake is very swift as well as aggressive. These snakes are known to be the second most venomous terrestrial snakes. If the snake feels threatened, it might raise its body above the ground and forms an ‘S’ shape, so who is the heir of Slytherin? The bite of this snake is painless initially, so it is difficult to diagnose. Here comes the problem, because if you are bitten by this snake, you need medical treatment urgently. The venom might be the cause of paralysis and uncontrollable bleeding.

Read More: 5 of the World’s Most Dangerous Places that you should Avoid Visiting

Snakes are not the only dangerous reptiles in Australia. It would be good information if you come to know that the crocodiles are equally interested in killing you. If you are in North Australia, fear crocodiles more than snakes. The saltwater crocodiles or commonly known as Estuarine crocodiles can be found in ocean and estuaries. Sometimes you can also locate them in freshwater. If there is any cautionary sign, or any local tells you about crocodiles, take it seriously, otherwise the crocodile might mind it. These crocodiles are very famous in ambushing their prey. If they might be unable to get you, they can attack your dog, which you have chained up outside your tent. Luckily, unlike snake bite, in this case you can easily know that it has gotten you because its sharp teeth might be clamped around your leg. This species of crocodile is the largest living reptile and measure up to 7 meters. It has a weight of more than 2000 kilograms. These crocodiles are the most dangerous type of animals when it comes to humans, they surely are more dangerous than their friends, alligators. You should always avoid contact with this crocodile because the crocodile might forget it, but you will never. They have such high speed, that running in front of them, may do no good to you. With this power and aggressiveness, humans are their most favourite prey. So when in Australia, and there is a warning for crocodile, take it seriously, very seriously.

Another type of reptile, if encountered will not leave you good, is the Coastal Taipan. Scientifically known as Oxyuranus scutellatus is a fatal aggressive snake. Its average length is more than 2 meters. Although this snake is not as aggressive as the Eastern Brown Snake, still it is very active in defending itself and if it considers you a danger, then you are in danger. The snake is very fast and possesses an accurate strike. However, Coastal Taipan is nothing in front of the Inland Taipan. The good news here is, there is a very small chance of your encounter with this snake species, and better news is, there haven’t been any known deaths with its bite. The venom of Coastal Taipan works on mammals by attacking the nervous system and blood. If this species bights you, you might bleed internally and get symptoms like headache, nausea, and vomiting.

As the name suggests, when encountered with this species of snake, you are not coming back alive. This snake is very common in the Sydney bushland. When you come across this snake, know one thing, make one wrong move and you are gone. This snake, being different from others does not bite you, up till the time you make it bite you. It prefers being camouflaged rather than contacting and preying humans. Unlike other snakes which bite when you come across them, the Common Death Adder freezes. If you are walking in the bushy area and step on one of the death adders, then it might bite you. It has such long fangs which can penetrate deeply in you and might cause paralysis. The Common Death Adders’ bite venom results in loss of motor and sensory neurons that may cause numbness, you will start losing breath, become paralyzed and finally you die. Remember it usually exists in the lead litter, and its tail is a lure for its prey.

Scientifically named as Pseudonaja mengden is not as poisonous as its cousin Eastern Brown Snake. The Western Brown Snake is commonly known as Gwardar and is a very common snake species in Australia. The snake can be found in dry habitats, eucalyptus forests, woodlands, grasslands, or we can say any place they might like to. Although its venom is not as fatal as Eastern brown, it still bites with three times as much venom as the eastern brown snake. The snake bite might result in nausea, headache and abdominal pains in humans. If your dog or cat might encounter this snake, the poor soul can get paralyzed.

Scientifically known as Oxyuranus microlepidotus, the Inland Taipan has so much venom which is enough to kill more than 100 people. And we are even not kidding, it is the most venomous snake in the whole world. However, if you come across to the Inland Taipan, you might get lucky, because they usually do not have the desire to kill you. It is a reclusive and placid organism that might not be interested in biting you. Also, it is very rare and found in just remote semi-arid regions of Queensland and South Australia. An encounter with an Inland Taipan is so rare that you might encounter a shark on land rather than this snake. It is so rare that till 1972 these snakes were known to the scientists as a mysterious species.

Among all of the elapid Australian snakes, you would be lucky if you get close to the Red Bellied Black Snake. Although the victim of its bite requires immediate medical help, he in no case is going to die. However, these snakes should never be in our good books. They are commonly found in the bushland and woodland, near dams, billabongs, and streams. The bad thing about these snakes is that they can bite you even in water, as they are able to stay submerged in water for as long as 23 minutes.

The Mulga Snake is known to be the longest venomous serpent in this world. It has a length of around 3 meters. Scientifically named as Pseudechis australi this snake is found in every state except Victoria and Tasmania. The Mulga Snake is also famous as the King Brown Snake. Although their venom is weak and is not capable of killing you, their bite is dangerous after all. One bite of this snake delivers more than 150 milligrams of venom to the prey. They also chew their victims while they inject their venom into them.

Although they are very small in size and measure only 50 centimetres on average, we should never underestimate their capabilities. The venom of Small Eyed Snake possesses a long-acting myotoxin. This thing penetrates inside the muscle and keeps on attacking for days after the bite. These snakes are very common in the mesic hinterland region of eastern Australia. The snake is considered to be secretive and you might not ever see it during day times. These snakes are also reluctant to bite. Up till now, only one fatality has been recorded in response to biting by Small Eyed Snake.

Most of the wild animals, including these snakes, generally do not bite or harm humans when encountered, until they are attacked. Most of these animals bite only if they are threatened or are starving. Originally it is human which cause more threat to these reptiles than these reptiles cause to humans. However, we should always remain vigilant and do not let these species come across us. 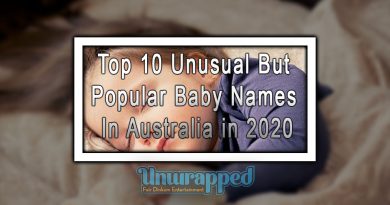 Top 10 Unusual But Popular Baby Names In Australia in 2020 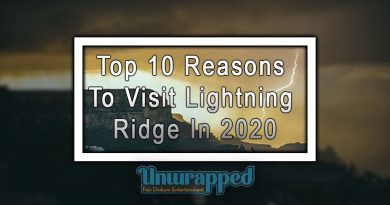 10 Most Popular Coffees in Australia