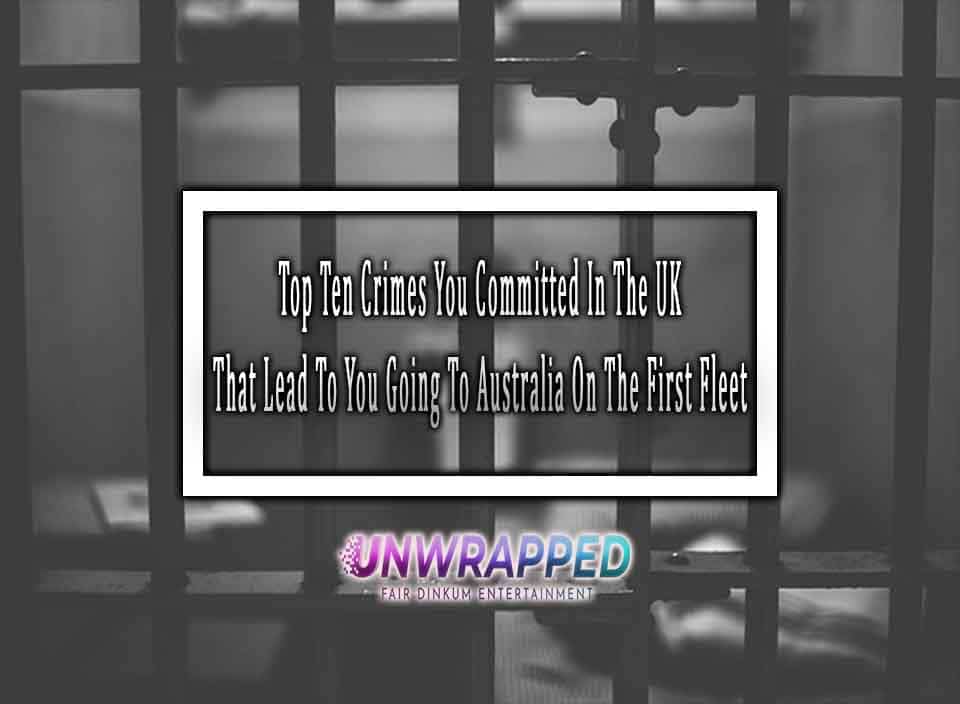 English penal settlements became the Western foundation of Australia, which would extend its influence and prestige across the world.

Britain threw its convicts to its American territories, but the American Revolution set the colonies free from British rule in 1783. Fortunately for the Empire, James Cook mapped and took the Australian east coast for his home country. The British government realized the newly charted continent’s worth to gain more prestige in its rivalry against France.

On January 20, 1788, the First Fleet arrived and established Sydney, New South Wales. The settlers and freed convicts created what would eventually get called Tasmania, Queensland, South Australia, and Victoria in the next sixty years. The 1830s saw the peak of deportations to Australia, but the Australian colonial public protested to the British government. The deportations ended in 1868.

Given this historical insight, you might ask, what were the reasons convicts got deported to Australia? You visited the right article. These are the top ten crimes people committed in the United Kingdom that brought them to the First Fleet to Australia.

Why did the British government deport criminals to Australia?

The British public during these centuries compared Australian deportation to the death sentence. They would leave everything behind, including the world they know. Moreover, people in the British Islands know the dangers of the ocean journey and the Australian wilderness. Imagine getting transported to another planet as a prisoner! That is the horror that many prisoners faced when receiving this sentence.

But the British government believed that this was the best solution to their nation’s criminal crisis. During the earlier years of the 18th century, London suffered from overpopulation, severe poverty, poor urban planning, and epidemics. Cheap alcohol made most men drunk, while children worked in dangerous factories. Politicians looked with horror as the nation’s capital became a hub for offences, immoralities, theft, and abuse.

Theft became so intense in British cities that the authorities punished most cases with the death penalty. Some criminals got killed for robbing rabbits, cutting trees without permission, and stealing properties worth more than five shillings ($40 in today’s money). But these harsher sentences were unsustainable since the Industrial Revolution displaced society and petty crimes grew more severely. Soon, gaols became overcrowded with thieves. Even the ships they turned into prisons could not contain the offenders.

The deportation of convicts to America and Australia seemed more humane and effective.

Also See: The 5 Worst most Brutal Dictatorships of all Time

What were the usual offences by convicts brought to Australia?

The following crimes got written on posters and bills as offences punishable by transportation to Australia. According to these notices, convicts will undergo hard labour and whipping.

1. Stealing and thieving anything worth one shilling

Thefts were the most common crime committed in London during the first decades of the 18th century. Statistics show that 80% of prisoners in British gaols then were thieves and robbers. Hence, most convicts thrown into Australia fell under this criminal category.

According to the list of offences for deportation, anybody guilty of stealing over one shilling (worth eight Australian dollars now) will get transported.

2. Purchasing and getting stolen products

The British authorities further emphasized the penalties for theft and illegal purchases. The legislation enacted by King James then also imposed this severe punishment to customers of illegally obtained items. Even buying stolen goods became a crime subject to deportation. Most offenders in this category sold and received jewels and plates.

During the 18th century, coins had inherent value—their worth comes from their weight and amount of metal. Hence, those who steal iron and copper face a hefty penalty. Under the British criminal reform policies, they got included in the deportation trips to Australia.

Over a century before the First Fleet departed, London suffered from a catastrophic fire. The Great London Fire continued to haunt the country about blazes that grew out of control. Hence, burning forest undergrowth (or underwood) was a capital offence.

5. Stealing from the British postal service

Anyone who steals letters, mail, money, and deliveries from the General Post Service would get transported to Australia.

Thieves who attack victims to steal from them will get deported as a convict to the penal colony. This punishment reflects the disdain of the British population towards violent crime.

Unauthorized fishing from ponds and rivers is considered theft. Hence, committing this will lead offenders to Australia.

Read On: Top Ten Most Dangerous Murderers In Australia

The United Kingdom used to have stringent marriage laws. Divorce was virtually illegal there during the 18th century. So it was a capital offence for a wedded person to marry someone else while his spouse is alive. This act, also called bigamy, bears severe punishments, including deportation.

As mentioned earlier, whole cities can get destroyed by uncontrollable blazes. Since women’s clothing back then quickly caught fire, it was illegal to burn them.

10. “Watermen” drowning passengers because they were too many on the boat

The River Thames runs at the heart of London, so small boats served as reliable transportation for the busy capital city. Because of their role to the residents, the British parliament penalized abusive ferry drivers called watermen. If someone dies on the Thames because they got overcrowded, the watermen received capital punishment—deportation to Australia.

Why do these crimes seem minor?

Because the British legal system of the 18th got saturated with many offenders, people who committed severe crimes got punished by death. Hence, rapists and murders mostly received the death penalty.

What is the legacy of the convicts in modern Australia?

After their penal sentence, the convicts joined the free residents in the continent. At present, almost a quarter of Australians now came from these prisoner ancestors. This unique history gets immortalized in Australian novels, songs, poems, and movies that depict their English roots.

Stay Connected
41,936FansLike
5,684FollowersFollow
865FollowersFollow
Previous article
5 Needs To Consider When Debating For Or Against An Australian Republic
Next article
Women’s Day: The 4 Friendliest Destinations to Travel Alone

Top 10 Obscure Facts About Australia You Did Not Know