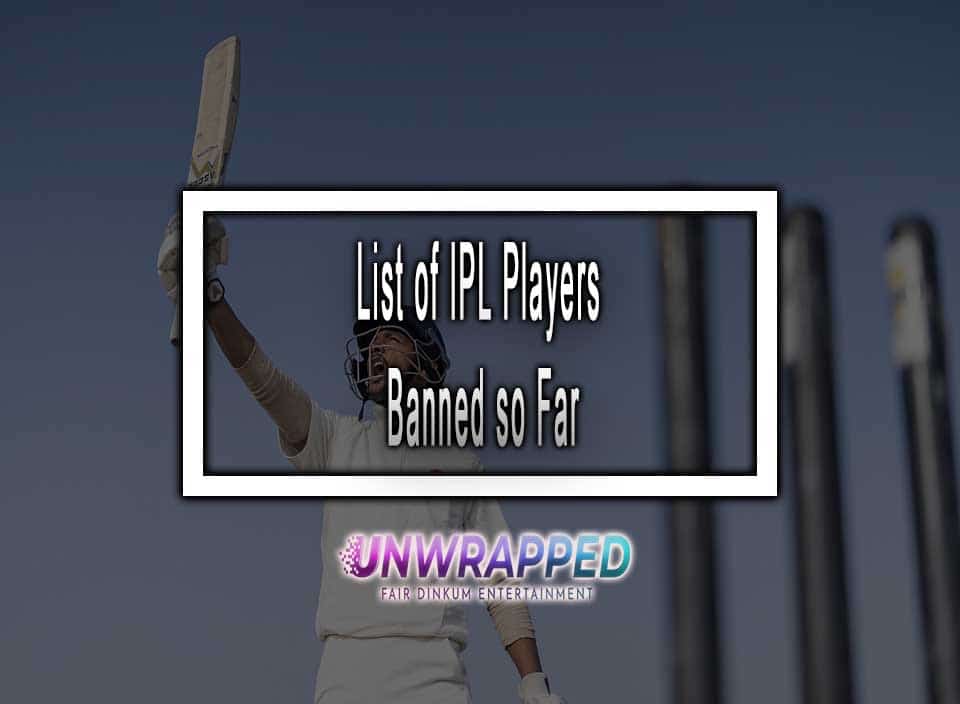 The Indian Premier League (IPL) is a men’s Twenty20 cricket league contested by ten teams based in ten Indian cities. The league was founded by the Board of Control for Cricket in India (BCCI) in 2008. It is usually held between March and May of every year and involves ten teams. Here is a look at some player who has been banned from the IPL on a temporary basis.

Australian cricketer, Luke Pomersbach’s alleged assault of a woman caused a massive backlash causing him to get suspended from the IPL.

Nandrolone reportedly was found in his urine sample which is a banned substance leading to a one year ban.

The league bans courting other teams while employed and apparently Ravindra Jadeja ‘Rockstar’ was asking about looking for a better deal.

Pravin Tambe was disqualified from contesting the IPL 2020 after failing to meet BCCI’s eligibility requirements.

Reportedly Harbhajan was banned for five one-day matches for slapping India teammate Shanthakumaran Sreesanth after an IPL match last month, the BCCI now threatens to ban him for life if he crosses that line again.

The BCCI announced that Steve Smith was not be allowed to participate in this year’s Indian Premier League due to their involvement in the ball-tampering scandal that engulfed the Australian cricket team.

The BCCI  confirmed  Warner will not be allowed to take part in the Indian Premier League because of their part in the ball-tampering scandal engulfing Australian cricket.

7 Famous crickets banned from the IPL, thanks you IPL for keeping cricket clean. Do you know any more banned players? Please comment below.

Cricketers Who Have Taken 10 Wickets In An Innings