Skip to content
You are here:Home / 10 Australian Celebrities to Watch in 2020 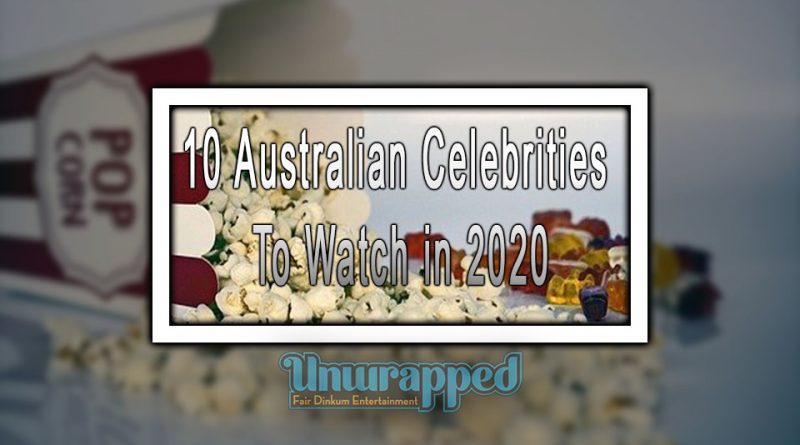 Australia has always provided something special to Hollywood when it comes to celebrity faces. Year after year international celebrity list has been flooded with Australian names who make it big in Hollywood movies. However, one thing in common in most of these celebrity names is the chord of Australian Television. Most of these celebrities start their career in Australian TV shows and soap operas, before landing themselves plum roles in Hollywood movies. Neighbours, the Australian TV soap opera, can be singled out as one of the most successful platforms for these Australian celebs. If you scratch the surface, you will invariably find an Australian connection with the big guns of Hollywood. And these Australian celebrities are mostly multi-talented, earning name and fame for themselves in a number of fields in the entertainment industry of the world. As a result of their talent and hard work, these celebrities are honoured with many prestigious awards like Golden Globe, Oscars and Grammy Awards Here we dive into the details of top 10 Australian Celebrities to watch in 2020. Look out for these celebrities in action in 2020.

This redhead from Australia is a massive name in Hollywood movies. Born on 20 June 1967, Nicole Kidman has starred in many Hollywood blockbusters like Batman Forever, To Die For and has been nominated four times for Academy Awards for Best Actress for Moulin Rouge, Rabbit Hole and Lion and The Hours. She finally won the Oscar for Best Actress in 2002 for her role in The Hours. She has also been the recipient of Emmy Awards twice, Golden Globe Awards for five times. She featured in Time magazine in 2018 amongst 100 most influential people in the world and was the highest-paid actress in the world in 2006 and 2019. She is a versatile actress who is comfortable in dramatic roles as well as comic and fun roles. Since 1994 she has been a Goodwill Ambassador for UNICEF and UNIFEM. The same year she received Order of Australia. Nicole is a dual citizen of Australia and US and has been married to Keith Urban since 2006, after her divorce from Tom Cruise.

Remember Wolverine of X-Men fame – well that’s Hugh Jackman for you. He is a multi-talented celebrity from Down Under. He is an actor, producer, singer, instrumentalist and dancer all rolled into one. He has landed himself big roles in major Hollywood movies as a superhero and also seen in romantic roles and period films. Born on 12 Oct 1968 in Australia, Hugh Jackman is renowned for his long career in his role as Wolverine in X-Men movie series from 2000 to 2018, and for this effort, he holds the Guinness World Record. He is also known for his lead roles in Kate & Leopold, Van Helsing, Prestige, he Fountain, Les Miserables, Prisoners and Australia. He won his Grammy Award for best soundtrack for his film The Greatest Showman. Hugh Jackman won numerous international awards and was honoured with the Companion of Order of Australia in 2019 for his services to the global community and performing arts.

Mel Gibson was born on 3 January 1956 in New York but moved to Sydney at the age of 12 when his father relocated there. He has been one of the most successful and influential actors, director and producer of Hollywood ever. His meteoric rise to fame started with his lead role in Mad Max in 1979 and kept soaring with films like Gallipoli, The Year of Living dangerously and Lethal Weapon. He was actor-director in Braveheart in 1995 for which he received Oscars for Best Film and Best Director. Later he directed and produced the most controversial and successful biblical drama film The Passion of the Christ, for which he is planning a sequel at present. Following the controversies, Mel Gibson’s career nosedived but got resurrected with his role in The Beaver in 2011. In 2016 he made a huge directorial comeback with Hacksaw Bridge, winning two Academy Awards and got nominated for four others.

Chris Hemsworth was born on 11 Aug 1983 in Melbourne and grew up in Northern Territory outback in Australia. He got noticed as an actor in Australian TV series Home and Away. He has become a Hollywood superstar and has been established as one of the leading highest-paid actors in the world. He has starred in science fiction film Star Trek, thriller film A Perfect Getaway and horror comedy film The Cabin in the Woods. His roles in Marvel Films as Thor have been a huge commercial success, starting in 2011 from film Thor to the 2019 release Avengers: Endgame, which won him many awards. You might also recall his leading roles in Snow White and the Huntsman, Red Dawn, Blackhat, In the Heart of the Sea and in Men in Black: International. He also was seen in supporting role in Ghostbusters reboot movie. He has been named as the “Sexiest Man Alive” by People magazine.

Born on 28 May 1968 in Melbourne Australia, Kylie Ann Minogue is one of the most famous celebrity names of all times from Down Under. She is a singer-songwriter, TV artist and an actress par excellence. Amongst all-stars who have catapulted to international celebrity status from the famous Australian soap opera Neighbours, Kylie Ann Minogue has charred a very different path to fame than just Hollywood movies. She has been Australia’s most successful singer performer with international hits like I Should Be So Lucky, I Can’t Get You Out of My Mind and Better The Devil You Know. While Locomotion was her first hit single, Kylie has been constantly churning out international hits and has been transforming herself. She has also been a fashion icon and has starred in many Hollywood movies like The Delinquents, Street Fighter, Moulin Rouge, Jack & Diane, Holy Motors. Kylie has been conferred with many awards including a Grammy Award, Brit Awards thrice, MTV Europe Music Awards twice. She is the holder of Order of British Empire title and Knight of the Ordre des Arts et des Lettres from the French Government.

Born on 14 May 1969, Cate Elise Blanchett is an actress and director who has been much appreciated by film audiences and critics alike across the globe. In her career so far she has won numerous awards and accolades for her roles in numerous films. She started her career as an Australian stage actress and rapidly rose in international fame with her role as the Queen of England in film Elizabeth. For this portrayal, she received BAFTA Award for Best Actress and also got nominated for Academy Award for Best Actress. From there on there was no looking back for Cate Blanchett. She received the Academy Awards for Best Supporting Actress in the biographical film The Aviator. In 2013 she won the Academy Award for Best Actress again for her role in the drama-comedy film Blue Jasmine. Her other Oscar nominations are for films Notes on a Scandal, Elizabeth: The Golden Age, I’m Not There, and Carol.

Russel Crowe was born on 7 April 1964 in New Zealand but has lived in Australia for most of his life since his family moved to Australia when he was 4 years old. He was born into a family with film world connections. It was as if he was born to be a celebrity. In his early life, he pursued music while shuttling between Australia and New Zealand but finally made Australia his home at the age of 21 years. He has been a film actor, producer and musician of international repute. His role in Gladiator in the historical epic made him an international star and brought him many awards including the Oscar for best actor. His other memorable performances were in the films like A Beautiful Mind and The Insider, which again won him many awards and accolades. The list of his success can be gauged by his roles in hit films like Romper Stomper, Master and Commander, American Gangster, Robin Hood, Man of Steel, LA Confidential, Cinderella Man, State of Play, Les Miserables and Noah. He also starred and directed in the movie The Water Diviner. He is a true international star with hundreds of awards under his belt.

Like many Australian celebrities, Isla Lang Fisher started her career as an Australian TV performer. She was born on 3 February 1976 in Oman to Scottish parents but moved to Australia at the age of 6 years. Fisher successfully broke into Hollywood scene with her role in the film adaptation of comic Scooby-Doo and has never looked back from thereon. Her success in Hollywood movies can be gauged by famous her roles in Wedding Crashers, The Great Gatsby, Confessions of a Shopaholic and Now You See Me. You may also have noticed her in I Heart Huckabees, Definitely Maybe, The Lookout, Keeping Up With Joneses, Grimsby, Tag, Visions and Bachelorette. She has been a voice actor in many films and has also two novels. She is happily married to Sacha Baron Cohen and has three children. She is today the most recognizable face of Australia in the celebrity circuit of Hollywood.

Margot Elise Robbie was born on 2 July 1990 in Dalby Queensland and moved to Melbourne at the tender age of 17 to start her acting career. She is an actress and film producer who is much loved by Hollywood and the world audiences. She has been accorded BAFTA awards thrice and has made it to the Academy Awards nominations stage. She made it to the Time Magazine list of 100 Most Influential People in 2017 and was ranked in 2019 as the highest-paid actresses of the world. She like many Australian celebrities is an alumnus of the Australian soap opera Neighbours, winning many awards. She made a breakthrough in Hollywood with her debut in 2013 in the film The Wolf of Wall Street. From there she has seen her stock rising with each passing year with leading roles in films like Focus, The Legend of Tarzan and Suicide Squad.

Liam Hemsworth was born on 13 January 1990 in Australia Melbourne but moved to Hollywood early at the age of 19 to pursue an acting career. He, however, had tasted success in Australian shores before moving to America. He made his name in the Australian soap opera Neighbours like his brothers, Chris and Luke Hemsworth. He co-starred with Miley Cyrus in 2010 in The Last Song. He then went on to marry Miley Cyrus in 2018. In between, he found massive success in the film The Hunger Games series. You would have also loved him for his roles in Independence Day: Resurgence and Empire State. Liam Hemsworth is hugely popular with children and is the ambassador for the Childhood Foundation of Australia. Hemsworth is a vegan and maintains that he finds this lifestyle very positive, both mentally and physically. He is presently working for a horror TV series which is so far untitled. He is said to be playing the role of a terminally ill man who is trying to provide for his wife before he dies. The series is supposed to be flagged off on April 2020.

Australia provides a steady dose of celebrities to Hollywood year after year. And the stock basically comes from Australian TV shows. Once inside Hollywood, these super talented actors and actresses make a heavy impression on Hollywood and the world. It is fascinating to chart their career graph of success. Here we have humbly tried to cobble up a list of top 10 Australian celebrities to watch in 2020. This list is by no means a comprehensive list when you have to countenance a deluge of celebrity names from Australian shores. 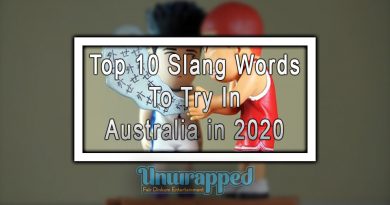 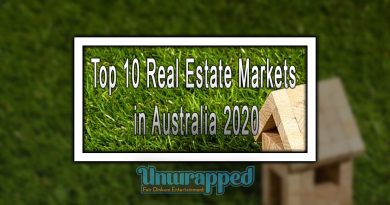