Some Classic Disney Plus Movies to Watch 2020

Disney+ is going to be a strong contender to become the number one streaming service in Australia in 2020. Disney announced in 2017 that it is going to launch a streaming service which would be Netflix’s direct competitor. In Australia, Disney+ is also contending against Foxtel and Stan.
While all three the platforms are available in Australia as well as HBO Max and Apple TV+, Disney+ might very well be the preferred streaming service. While the other platforms also have some of Disney’s movies, Disney+ will have exclusive movies which you will only be able to stream via its own platform.
Disney is effectively cutting out the middleman like Foxtel, Stan and Netflix. Disney+ will be in Australia on November 19 at $8.99 monthly.
Aside from its own movies, it will also have content from subsidiaries like Lucasfilm and Marvel. In addition, has Disney bought 21st Century Fox, which means it is controlling Hulu, which is the United States’, streaming service.
Moreover, will Netflix not be able to get more Disney movies and content and the current Disney content on Netflix will be retracted as well. The same goes for the other streaming services, Stan and Foxtel, the Disney content will be withdrawn from these two as well.

Disney will have its first year of streaming ready in Australia in 2020. In its first year, it will have more than 400 feature films, 7, 500 on and off-air TV episodes and by 2024 it is expected to have a massive library. The majority of the movie library will contain Walt Disney Studios movies which will make it easy for you to choose your favourite Disney movies.
You will be able to browse by Disney+ Exclusives, year, content type and studio on Disney+ Australia in 2020.

Australians watch out for Disney+ top ten in 2020

While Disney is normally aimed at all-ages, the animation, An Extremely Goofy Movie, is for ages seven and older. It is the sequel, A Goofy Movie which was released in 1995. It follows the young man, Max’s life and tribulations ate college with more than enough laughs to make it a movie to recommend.

You will love Born in China, about a young cub and his mother a lovable Panda. He feels lost after his sister is born and director Chuan Lu shows us their adventures in China’s wilds.

Disney+ show movie lovers that it loves to renew old favourite titles to modern-day viewing pleasure as it does with the Classic Western Musical.

Riley moved to San Francisco from the Midwest and the story follows her life and the changes that big-city life do in an adventurous must-watch movie.

Steamboat Willie is another adaptation of the black and white animation from 1954 that will be on Disney+ in 2020 in Australia.

Noelle will be released in Australia 2020 on Disney under the directorship of Marc Lawrence and the cast includes Billy Eichner, Anna Kendrick and Bill Hader.

7. The Sword in the Stone

The Sword in the Stone is a new adaptation of the original made in 1963. It follows the story of the humble beginnings of King Arthur.

The Falcon and the Winter Soldier follows the story of two friends of Captain America and a live-action movie with two top actors playing the lead. The Winter Soldier is played by Sebastian Stan while the Falcon is Anthony Mackie. It will premier in the fall of 2020 on Disney+ in Australia.

Frozen is one of the most loved Disney movies, again about a fearless princess that tries to find her sister along with a snowman, his reindeer and iceman under the directorship of Jennifer Lee and Chris Buck.

Moana is the Polynesian princess in this brilliant seafaring voyage that tries to save her people and dying island and find Maui, the demigod that stole her island’s heart jewel.

We will be able to see what Australians do in 2020 regarding Disney+ with its excellent deals and the fact that all its movies will be removed in time and some very soon from other leading movie streaming services. But that they will definitely subscribe to the latest streaming service, is certain!

Top 10 Places To Visit In Geelong Australia In 2020 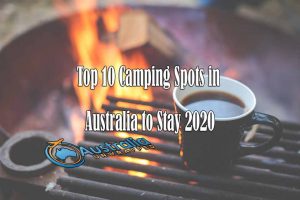