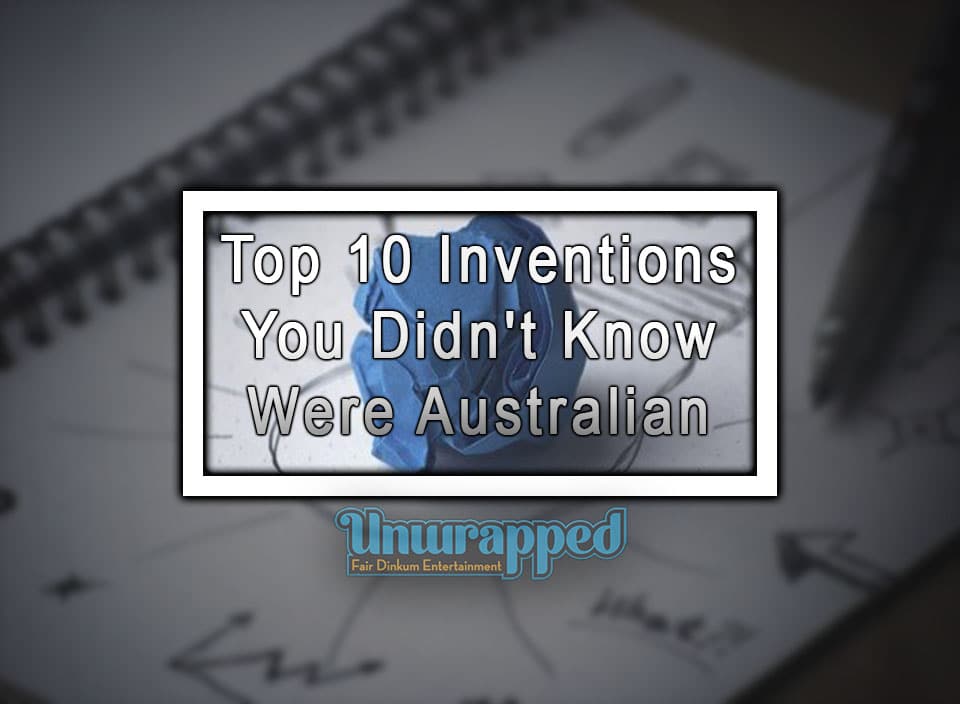 Australian Inventions Which are so Amazing we Cannot Believe

Australian people are very inventive and some of their amazing inventions might surprise you. If someone asks from you about any Australian invention, you may not be able to come up with any such thing, that’s not because Australia is way behind in inventions, it is because of your lack of knowledge. Some of the very common things, which we use on a daily basis are invented by Australian researchers. Here we have discussed 10 inventions by Australians, which are considered to bring revolution in the world.

Before the invention of the wheat stripper, a very old tradition among farmers was to use sickles and different handheld tools for the harvesting of wheat. The invention of the first harvesting machine goes back to the year 1843, and this machine-made harvesting much easier and faster. The 19th century saw amazing wheat production due to ideal conditions in South Australia. The wheat fields were so large and growth was so tall that it became impossible to harvest it with such low labour. So the Australian government jumped in to solve the problem. The government offered a prize for the person who comes up with the best wheat harvesting machine. None of the design was up to the mark, so nobody claimed the prize. But then came a person from England, John Ridley who was a flour miller. He improved the design and produced a wheat stripper which worked by combing the wheat and after that threshing it too. The design of the machine got further improved and the wheat stripper used in farms today is a modern design of the one which was made in Australia.

Google Maps what we see today are a result of the work of Sydney based developers. In 2003, two Denmark born and Sydney based brother co-founded a startup. This startup was all about mapping and it was known as Where 2 Technologies. After a year of working on this mapping company, the brothers sold this company to Google, which late got world famous with the name Google Maps. These brothers were later awarded for their huge contribution in information and communications technology. According to some people, the work of these brothers has brought Australia on the front line in online services throughout the world.

Like all this was not enough, we owe our Wi-Fi to Australian scientists. Yes, you read it right, the thing you are using right now while reading this article is a gift by Aussies to the world. The details about who invented Wi-Fi and why he invented it are very controversial, but the fact is Australia holds the patent for Wi-Fi hence it surely is their contribution.

The first electric drill in the world is also an Australian patent to the name of Arthur James. He was an employee in Union Electric Company of Melbourne and got his patent in 1889. The drill was prepared for digging rock and coal. After this drill, another Australia, Francis Davis in 1893 developed A Calyx drill whose design was further modified. The Calyx Drill has the ability to drill large holes in the rocks and does not produce much waste. This was adopted around the globe because besides these benefits, it was economical too. Later the designs were further modified and the drill used today is the design which was introduced by the United States.

Two researchers from Australia, David Robinson, and George Kossoff developed the first Ultrasound scanner of the world in 1961, it was called CAL echoscope. These two from the Ultrasonic research group of Commonwealth Acoustic Laboratories worked further and produced the first ultrasound image in 1962. With this invention, Sydney’s reputation for the research in ultrasound increased many folds. Although machines around the world use similar technologies for medical diagnostics, the scanner and its successors produced by these scientists give equal or sometimes better quality images.

Since the credit for many household items is very much argumentive, so it is difficult to say the credit goes to whom. However, all we know is that the refrigerator-freezer was invented by Australians. And interestingly the person who developed the refrigerator-freezer is not a scientist, but a journalist. An American scientist invented the expansion valve refrigerator in 1834. After some years James Harrison invented a more efficient refrigerator process. He noticed that when ether was used to clean metal surfaces, it cooled them down while it evaporated. This cooling effect of gas evaporation was used in his first experimentation where he produced the world’s first artificial ice in a cave. After his successful experiment, he set up a Victorian Ice Works in Melbourne. After which he won the gold medal in the Melbourne Exhibition of 1873. Further he got the help of government in form of grant for shipping frozen beef to England. Besides Harrison, many Australian scientists experimented on refrigeration and freezing. Franklin experimented with refrigeration whereas Eugene Nicolle, an engineer made artificial ice with ammonia gas. He was backed by Thomas Mort, who was a local businessman. He set up a plant for trial in Sydney and found out that freezing works. And by the time 1870’s was about to end, Thomas Mort was also exporting his meat from Australia to Britain. It is ironic that the country which is the biggest fan of alcohol around the world was the one to figure out how to keep alcohol cold for a long time.

Another interesting thing invented by Aussies is Notepads. We cannot even think about it now, but before the twentieth century, the writing paper was available in loose sheets for around 2500 years. It was in 1902 that J A Birchall, the owner of a stationery company in Tasmania experimented with cutting the loose paper sheets in half and backing them with cardboard through glue, and in common words, binding them. This experiment gave the paper a convenient form, unlike its primitive form. This idea instantly got hit all over Australia and then all over the world. The idea gave a base for something we call in today’s world as post-it notes.

The pacemaker is an amazing invention in the field of medicine. Dr Mark C. Lidwill from Royal Prince Alfred Hospital in Sydney is the person behind pacemaker. He gave the earliest model of the pacemaker in 1926. However, the first few designs of this system were difficult to use and were very complicated. But late on, with further modifications in the design, we are now able to use pacemaker in medical science regularly. The pacemaker is not the only medical invention on behalf of Australia. Australian scientists have contributed largely in medicine by inventing cochlear implant or what we say as the bionic ear, and Gardasil and Cervarix vaccinations which are used for protection again Human Papilloma Virus, cancer-causing virus.

Flight data recorder or black box is also given to us by Australians. David Warren was an Australian scientist who invented this cockpit voice recorder. He was working in the Aeronautical Research Laboratory at that time. Warren and his colleagues researched for years to develop this technology. This device is installed in commercial aircraft and it is needed as mandatory aviation guidelines. This technology is known to record critical and important information for the safety of flights. If in any case, any aviation accident takes place, the black box is known to be integral in investigations. Not only for the black box, butare also given credit for the production of inflatable aircraft escape slide.

The modern-day Armored Tracklaying Machine or Tank has also been invented by Aussies. In 1911, the mining engineer Lancelot de Mole was working in the difficult outback terrain of Western Australia. He got an idea that a vehicle which can be tracked can be better handled in such kind of environments. He sent his design to the British war office in 1912 because he thought that this kind of vehicle could have military potential, but his design got rejected. When World War I started, he took a working model of his tank to Britain, who was also not interested in Tank. But later in 1916, an armoured tank was introduced by Britain and its credit was given to British inventors. Lancelot de Mole requested to be given due credits but he was refused and was just given some expenses and an honorary rank to continue his work.

If we say Australia is more than a land of vegemite, kangaroos and natural landscapes, we are not wrong. Australian scientists and inventors have given so much to the world that we cannot expect. A number of popular and life-saving technologies and devices have come to the planet through Australia.