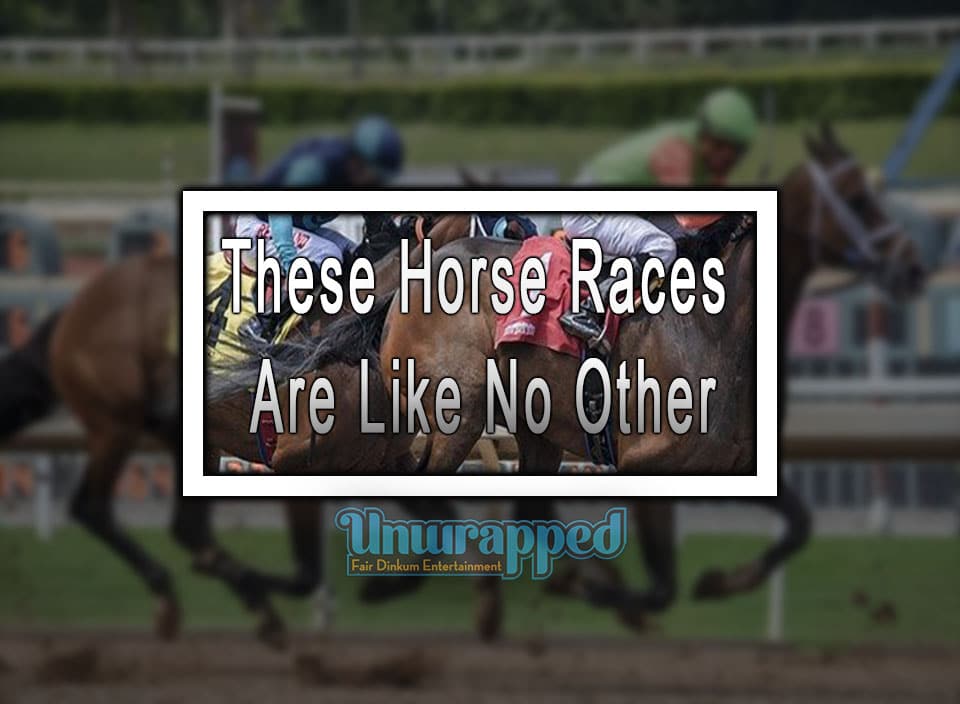 Horse racing has always captured the imagination of humankind. This is due to the sheer beauty of the event that stands as a testament to endurance and culture. The history of horse racing can be traced as far back as 4500 BC and has slowly evolved into the behemoth we know it as today.

This article contains affiliate and or sponsored links.

Now, horse racing is the second most popular sport in the UK behind football and is a favourite for several sports betting companies that offer tips and offers for when the races come around. However, there are several horse races all around the world, each with its idiosyncrasies, and below we’ll examine some of the more unique ones. Trust us, these horse races are like no other.

The Kiplingcotes Derby is the oldest horse race in the world. First established as far back as 1519 during the reign of Henry VIII, this race is unique as it has been contested for over 500 years. Also, it’s a four and a half-mile flat race that is eligible to just about anyone. While it isn’t the most prestigious event, it has a long and interesting history and is loved by many of the locals. In addition, the race takes place near the village of Market Weighton in East Yorkshire and is free to attend.

The Kentucky Derby is a very prestigious event that makes up the first leg of the American Triple Crown. It was first contested in 1875 and is deemed to be one of the shortest horse races in the world. Lasting for about two minutes, it is open to three-year-old horses who have incredible sprint power. The winner is draped in a garland of roses and gets to take home some attractive prize money.

On the flip side, the longest known horse race is the Mongol Derby. This endurance test lasts about 1000km through the Mongolian steppe and was established to recreate the horse messenger system made popular by Genghis Khan as far back as 1224. Also, the race is said to be one of the toughest, and the winners get some major bragging rights. Speaking of winners, the 2019 edition of the race made history as it was won by a 70-year-old man named Robert Long. This made him the oldest winner of the competition, which is renowned for its steep entrance fees.

The Dubai World Cup takes place on the last Saturday of March every year since its establishment in 1996. This prestigious event makes its way on to the list as one of the richest horse races in the world with a prize purse exceeding eight million pounds. Also, it is contested by Southern Hemisphere horses aged three and above and has become something of a festival. The race takes place on the Meydan racecourse which has a hotel of the same name from which guests can take in the race from the comfort of their hotel rooms.

Held annually in France, the Prix de l’Arc de Triomphe is yet another affluent horse race, that is also very fashionable. As France is regarded as the home of fashion for many, it is unsurprising that there are so many exciting looks at the event. As for the race itself, it is basically a sprint test that goes for about a mile and a half and is open to horses aged three and above.

Also See : Is Australia Really That Racist Or It’s Just The Media That Troll Australia?

Stay Connected
41,936FansLike
5,685FollowersFollow
820FollowersFollow
Previous article
Melbourne Grand Prix 2020 The 10 Best Drivers
Next article
Why Should You Get Into Kayaking?

Three Australian Sports Events You Have To See