The Chainsmokers: Top 5 Songs of All Time Ranked 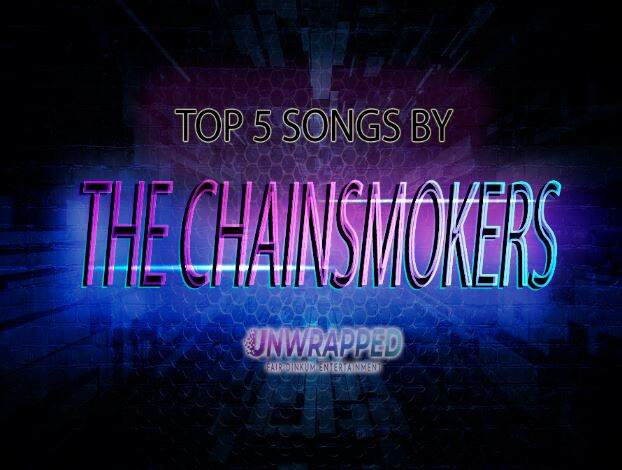 Top 5 Tracks of The Chainsmokers

We know how excited you are to be swept away by music through The Chainsmokers‘ Top 5 Tracks. Australian Unwrapped would like to give you first a glimpse of the life of the artist. Enjoy reading and listening!

All about The Chainsmokers

Who are The Chainsmokers: Alexander “Alex” Pall and Andrew “Drew” Taggart comprised American music duo The Chainsmokers. They rose to fame with the hit single “#Selfie” released in 2014. They were known for their chart-topping song “Roses” which made it to US Billboard Hot 100 Top 10.

“Our Thing” is the New York City-based brand whom the duo helped in creative designs as they are both into fashion.
Eating steak and drinking espresso is the duo’s ritual before getting on stage to perform.
The duo was an avid fan of Coldplay.

We freaking love music here at Unwrapped, and we adore The Chainsmokers. In our humble opinion, here are the BEST FIVE SONGS by the legendary The Chainsmokers (most liked, listened and downloaded songs) across the web!!!

Don’t Let Me Down

Take it slow, but it’s not typical
He already knows that my love is fire
His heart was a stone, but then his hands roam
I turned him to gold and it took him higher
Oh, I’ll be your daydream, I’ll wear your favorite things
We could be beautiful
Get drunk on the good life, I’ll take you to paradise
Say you’ll never let me go
Deep in my bones, I can feel you
Take me back to a time only we knew
Hideaway
We could waste the night with an old film
Smoke a little weed on the couch in the back room

I hope you enjoyed listening to The Chainsmokers !