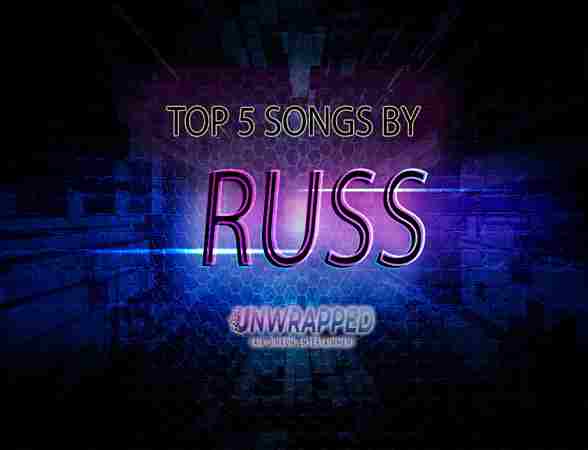 We know how excited you are to be swept away by music through Russ‘ Top 5 Tracks. Australian Unwrapped would like to give you first a glimpse of the life of the artist. Enjoy reading and listening!

Russell recorded his first beat when he was 14 years old.
He began writing raps when he was just seven years old.
In addition to playing guitar taught by his father, Russell was gradually taught how to play other instruments and able to write his first song at the age of 18.

We freaking love music here at Unwrapped, and we adore Russ. In our humble opinion, here are the BEST FIVE SONGS by the legendary Russ (most liked, listened and downloaded songs) across the web!!!

They let us in the rap game
I swear they let me in the motherfucking rap game
Got a chick, I call her Lola
She feel like the ocean
Likes to drink and smoke some doja
And I feel like smokin’
Plus she good at charmin’ cobras
I feel like I’m chosen
But she ain’t the only one, no
Got a chick, I call her Catia
She be actin bougie
The she came through and topped me off
Now she just a groupie
Got the aura of the mafia
Her friends wish they knew me
But they ain’t the only ones, no no

Like the way she work, ayy
She always puts me first, yeah
And I know I’ve been around
But I swear you got the best on earth, yeah, yeah, yeah, yeah
Uh, I got drip on the floor and it’s gettin’ nasty
He ain’t keepin’ his hands up off my ass cheeks
I got somethin’ to give him and if he asks me
I’m not fillin’ up, baby, I let him gas me
Her ass fatter than fat and she got good throat
Sit that cat on my lap, I give it good strokes
I might have to fly her out to Mykonos
Or maybe to Japan so I can hit her like I’m Ichiro

I hope you enjoyed listening to Russ !