Meaningful Stoic Quotes About Courage That Will Change Your Life 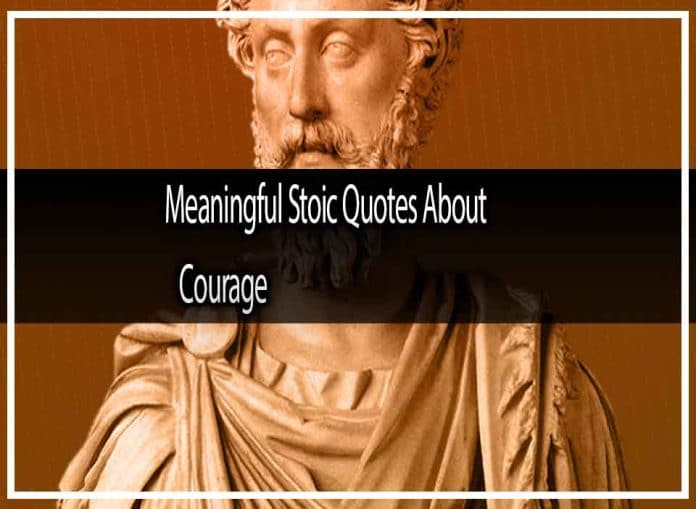 Best Quotes on Courage from Stoicism

Meaningful Stoic Quotes About Courage That Will Change Your Life – As a practicing Stoic, I have used many quotes on Courage to help me, inspire me, or keep me sane. I hope you find some gain and drive in some of Stoicism’s finest quotes on Courage. Developing peace of mind through confidence in one’s abilities is what Stoicism is all about and knowing that this is ancient wisdom, along with applications by modern great, you know the Stoic beliefs stand up.

“Sometimes even to live is an act of courage.”

“You have power over your mind — not outside events. Realize this, and you will find strength.”

“It is not death that a man should fear, but he should fear never beginning to live.”

““Circumstances don’t make the man, they only reveal him to himself.”

“The first rule is to keep an untroubled spirit. The second is to look things in the face and know them for what they are.”

“The greater the difficulty, the more glory in surmounting it. Skillful pilots gain their reputation from storms and tempests. ”

Stoic Quotes on Courage the Best Quotes From the Stoics

I hope these Courage quotes helped you. Please comment below and share the best Stoic quotes that have benefited you when needing Courage.

More Stoicism: 5 Reasons Why Is Stoicism An Excellent Philosophy To Live By

How should we define courage?

To endure danger, fear, or difficulty with mental or moral strength.