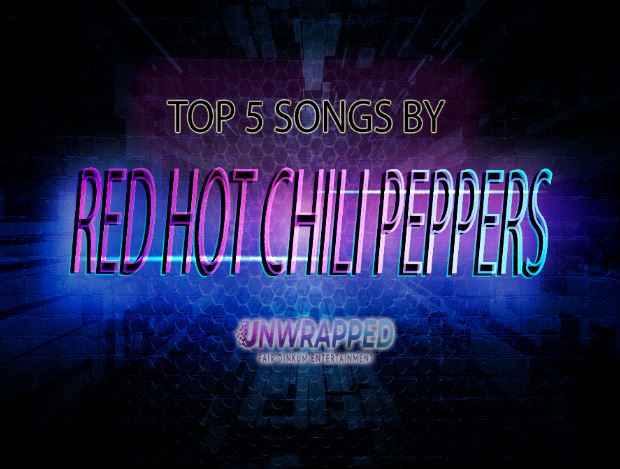 We know how excited you are to be swept away by music through Red Hot Chili Peppers‘ Top 5 Tracks. Australian Unwrapped would like to give you first a glimpse of the life of the artist. Enjoy reading and listening!

All about Red Hot Chili Peppers

Who are Red Hot Chili Peppers: Anthony Kiedis (lead vocals), Flea (bass), drummer Chad Smith and guitarist John Frusciante formed the American rock band Red Hot Chili Peppers in Los Angeles in 1983. Their first album was self-titled; second was Freaky Styley (1985), then for their third, The Uplift Mofo Party Plan (1987). Californication (1999) was one of their breakthroughs in the music industry and it was the band’s seventh album, too. Stadium Arcadium also made it to Billboard Hot 200 Top 1 spot.

The band’s first name, with their original lineup, was Tony Flow and the Miraculously Majestic Masters of Mayhem.
Red Hot Chili Peppers was taken from the nickname for Louis Armstrong’s 1920s jazz quintet.
Anthony Kiedis had a different upbringing: drugs were introduced by his father when he was aged just 11, lost his virginity to his father’s 18-year-old girlfriend when he was 12, got death threats from a drug dealer, and before his thirties, he got overdosed numerous times.

Come to decide that the things that I tried
Were in my life just to get high on
When I sit alone
Come get a little known
But I need more than myself this time
Step from the road to the sea to the sky
And I do believe that we rely on
When I lay it on
Come get to play it on
All my life to sacrifice
Hey oh
Listen what I say, oh
I got your hey oh
Now listen what I say, oh
When will I know that I really can’t go
To the well once more time to decide on?

I hope you enjoyed listening to Red Hot Chili Peppers !