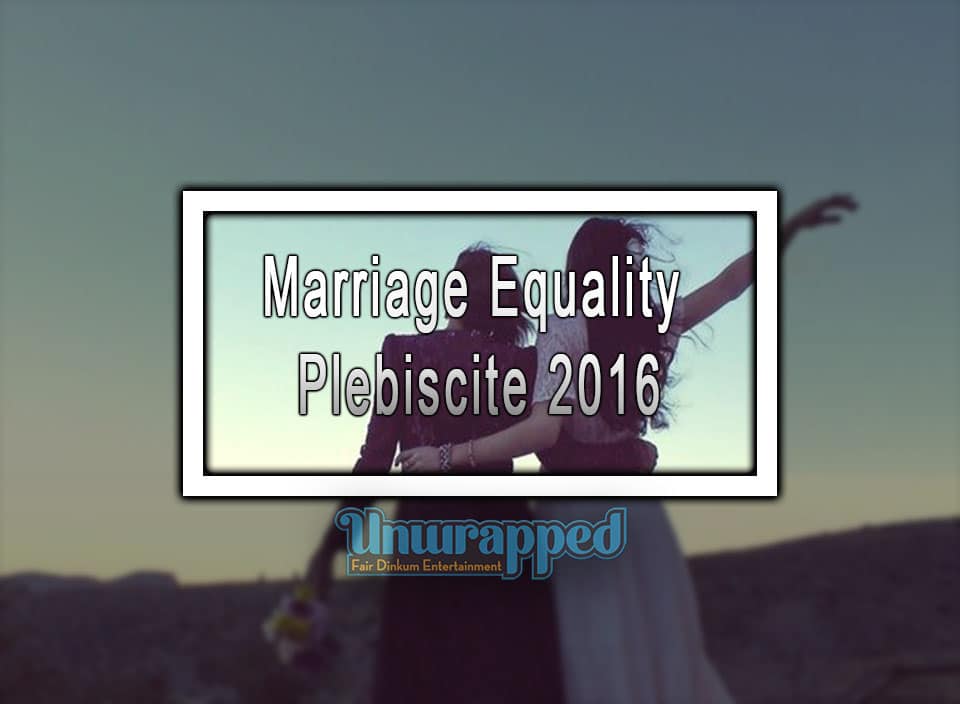 The debate in Australia about the Plebiscite has been marked by controversy against marriage and equality. A booklet, printed by a former Member of Parliament claiming children of same-sex couples may be more likely to be victims of sexual abuse or abuse drugs. The booklet sent to Catholic schools warned that “same-sex friendships” are very different from “real marriages”. At the moment as many as 72% of Australians support same-sex marriage, according to a Crosby Textor poll.

Same-sex marriage is proven to provide increase stability in relationships, and in an inclusive society why discriminate? The time is now for the Australian people to be given a voice. Do we want equality in marriage?  Or are we as a people happy to accept the status quo?

Earlier Senior catholic bishops had intervened in the coming federal election, warning Malcolm Turnbull and Bill Shorten not to undermine traditional marriage by legalizing same-sex marriage. In a statement that will likely bring tension inside the coalition government, the Australian catholic bishop’s conference said “economic decisions have been less and less favorable to families in recent years and maybe political decisions” could undermine the institution of marriage.

The Australian Electoral Commission last year warned a public vote on same-sex marriage should not be rushed. If same-sex marriage became legal, Australia would join countries such as Canada, the United Kingdom, United States, France, New Zealand, Ireland and South Africa. which have already legalized it.

The Australian Electoral Commission has previously estimated the cost of a plebiscite at $160 million, but Senator Brandis told the committee he had not requested his own estimate. He acknowledged a plebiscite would be much more expensive than voting on the matter in Parliament.

“You have to factor in the value of having this issue resolved by the Australian people in a thoroughly democratic manner”, he said. The dynamics of the marriage equality vote will be more complicated because it is only being held in the hope that Australians do vote “no”… As a rule, referendums should be held with elections unless there is a very good reason not to. It’s what usually happens in most other countries, and the reason is obvious: it costs less and avoids added disruption to voters.

But perhaps the time has come for a constitutional referendum to ensure the voice and will of the people is represented, at least, are only held at the same time as elections for the House of Representatives or the Senate. Should the question be put to voters, with a general election?

What Did Peter Dutton Do Before Politics?