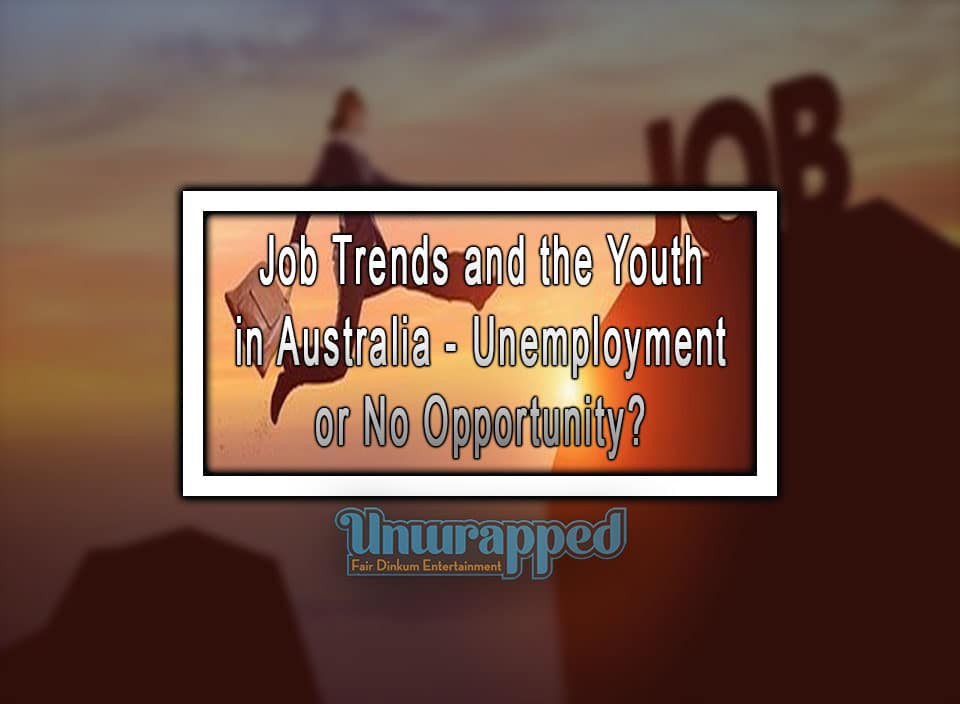 Job Trends and the Youth in Australia

Job Trends and Youth in Australia.  Data released by Australia’s Department of Employment says that Australia’s level of employment increased by 1.9% from June 2015 to June 2016. This is especially as a result of a strong growth trend in part-time employment which achieved a growth rate of 3.7%. Full-time employment made an increase of 1.1% over the twelve-month period, with overall unemployment decreasing from 6.1% to 5.8%.

The increase in employment rates has been due to various contributing factors. The improvement of the conditions within the labor market has led to a higher proportion of those seeking employment or already in the employment sector primarily getting into labour-intensive employment. The days of strict preference to office jobs are gone, with employees paying extra attention to the services they can obtain from their place of work as well as working conditions.

Good news – Job Trends and the Youth in Australia

Australia is making progress in narrowing its gap between male and female employment ratio. This can be observed in her labor force participation rates for men and women, where the males workforce-age and labor participation decreased by 0.5%. This, compared to their female counterparts’ increase of 0.8% shows that there is slow but sure progress in including the female gender in the workplace across all ages.

According to the Intergenerational Report 2015, the Youth’s rate in participation would be constant in the coming years. The Youth’s unemployment decreased from 13.1% to 12.5% from December 2016, showing significant strides being made by the Youth to participate in the workplace.

The Commonwealth Youth Programme places Australia first out of one hundred and seventy different countries regarding the development the Youth undergo, citing Australia’s Youth Development Index at 0.86. Increased literacy levels among the Youth overall have led to 85.27% of them being enrolled in Secondary School by 2012. This number has been set to increase over the coming years.

Room for Improvement – Job Trends and the Youth in Australia

However, even with such positive statistics, the Youth in Australia is plagued by various issues. The Youth Survey of 2016 cites mental health, stress and study problems as the main issues affecting the Youth today. Other problems included drug and substance abuse, alcohol, discrimination and their body image. More than 4 out of ten Youth had observed a person being discriminated against in the past twelve months, with over 40% of these occurrences being raced and 30% being due to gender. The youth growing up with a negative image of society as in these occurrences of discrimination could be a contributing factor to problems with their mental health.

Less than 50% of the youth in Australia today feel safer and less pressured than they were in their childhoods, with studying being one of the main reasons they feel so. Problems with their mental health have also been related to alcohol and drug abuse which would explain its increasing prevalence among the Youth today.

All in all, the job market in Australia sits in an active, progressive light presently, with the youth requiring proper guidance and more encouragement to deal with the pressures of daily life.