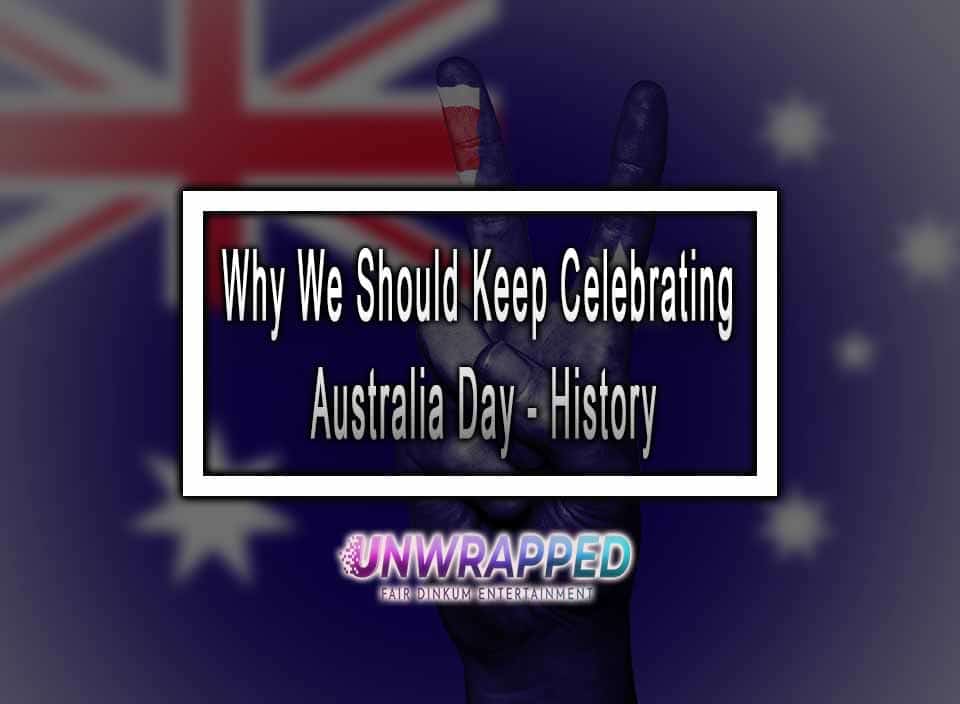 Should We Keep Celebrating Australia Day?

The 26th of January is one of Australia’s most controversial days. While several interpretations of what it means to commemorate it exist, the date’s genesis is undeniable.

For some, our national holiday is little more than a day off, a party, copious amounts of booze, attending musical concerts and Coving performances, exciting stage collaborations, and observing martial arts and street dance performances, and savouring the final few days of summer.

For Indigenous Australians, however, Australia Day is a day of sadness rather than a pool party or a First Fleet re-enactment. Invasion Day commemorates the dispossessed of our indigenous peoples, who are still suffering the consequences of colonisation and racism. And when a growing number of Australians see this and join the push to reform or abolish the day, it begs the issue of why we bother.

The History Behind Australia Day?

On January 26th, Australia Day commemorates the establishment of the first permanent European colony on the Australian continent. On January 26, 1788, Arthur Phillip, who had landed at what is now Sydney Cove with a shipload of convicts, flew the British flag at the location.

The date, known as Foundation Day, was commemorated with private dinners by New South Wales leaders and businesses in the early 1800s. It was therefore dubbed Anniversary Day, and the inaugural Anniversary Regatta, now known as the Australia Day Regatta and the world’s oldest sailing competition, was staged in Sydney Harbour in 1836. Official public festivities were conducted for the first time in 1838, on the 50th anniversary of the settlement. In 1888, there were centennial festivities across the continent, and on the 150th anniversary, the day was declared an official holiday in 1938.

In 1988, the 26th of January was declared a national holiday, and in 1994, an agreement was reached that the holiday would be observed on that day, in order to avoid the practice of certain communities marking the day on the following Monday.

With increased immigration to Australia in the 1940s, the day became a time for citizenship ceremonies, and government and military officials have long played a prominent role in Australia Day celebrations, which include a number of public events.

Sporting events, including horse races and regattas, have remained a major part of the celebrations, and the day’s activities are typically capped up with fireworks. Aboriginals and their allies have criticized Australia Day celebrations as being overly nationalistic since the late twentieth century, and have called for greater understanding of the continent’s indigenous peoples and the impact of European colonialism on them.

The Pros And Cons Of Australia Being A Republic

Around Australia Day, There’s A Lot Of Controversies.

The commemoration of this day has grown contentious in recent years as a result of a “change the date” campaign, in which supporters demand that Australia Day be moved from January 26 to May 9.

The Commonwealth of Australia was formed on May 9, 1901, when Australia’s first parliament convened and the six British colonies merged to establish the Commonwealth of Australia. Significantly, Aboriginal and Torres Strait Islander peoples regard January 26 as the date when colonists gained control of their territories, and they argue that their people are still suffering the impacts of colonisation and racism.

The “First Australians”–a phrase used to refer to Aboriginal and Torres Strait Islander people as Australia’s first people–remember the day as the start of a period of murders, land theft, kidnappings, and tyranny.

Alternatively, some argue that Australia Day should be abolished as a national holiday, claiming that there is nothing to celebrate until more progress is made toward achieving social justice for indigenous peoples and acknowledging that the values celebrated on the day, such as equality, freedom, and opportunity, are not shared by all Australians.

The Emu and the Kangaroo are the two creatures that appear on the Australian coat of arms. This is because neither species can go backwards, only forwards, symbolizing Australia’s desire to do the same.

Why Should We Continue The Legacy?

Although some may oppose the lovely day, for the rest, it’s the day when Governor Arthur Phillip hoisted the British flag to commemorate the start of the British colony. The 26th of January is Australia Day, a day to reflect on what it means to be an Australian, to celebrate modern Australia, and to remember our past. On Australia Day, we celebrate everything we love about our country: the land, the feeling of fair play, the way of life, democracy, the freedoms we enjoy, and, most importantly, our people. Therefore, we

You may also like: Top 10 Reasons Australia Needs To Become A Republic

Why we should keep Australia Day?

As it stands, Australia Day marks the anniversary of invasion and the beginning of an era of mourning, survival, and resilience for Australia’s First Nations peoples. However, unlike most other nations, Australia does not celebrate independence (often from the British) or foundation.