Guide To The Proposed Australian Republic – History and Facts 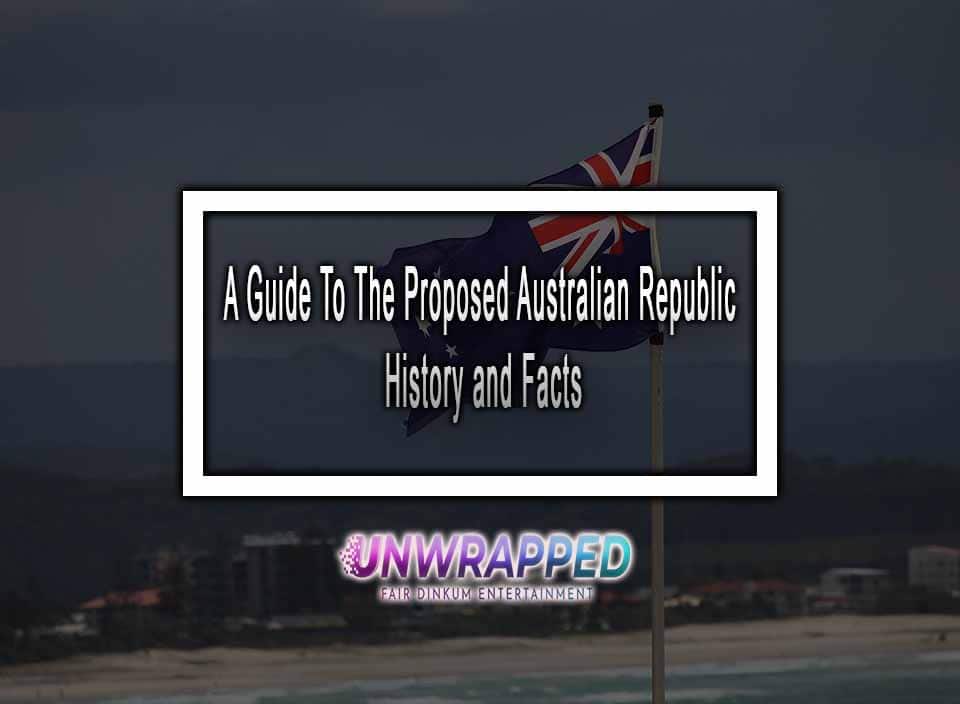 The Australian Republic a Guide and Explanation

The Australian Republican Movement has unveiled its new model for selecting an Australian head of state, just in time for media attention in the run-up to Australia Day, and it has caused some discussion.

The idea is destined to draw both supporters and opponents, and it is tossed about by its creators as one possible answer to the never-ending debate about choosing an Australian head of state. Consider a new model – the royal squabbles serve as a backdrop for the conversation — but what obstacles do you face when you unbox what the ARM calls its “Australian Choice Model”? If you took a close look at the model, what would you notice?

Although not everyone will be delighted with ARM’s new model, there are several important improvements to consider if we are to move forward from the failed referendum of 1999, which asked two questions:

Also See: Australia History – A Commencement To A Multicultural Society – 1950

The Positives On The Journey

The ARM has accepted the popular election method, which is the first big shift in the new paradigm. Some opponents have questioned this, but it appears to be what the people want, and we must be realistic; this discussion cannot advance without the backing of the voting public.

Importantly, the new model does not rule out the prospect of a presidential election in which the three major political parties each back one or more candidates. It does, however, consider the potential that this would not occur, or that a political consensus will arise around a single candidate, as has happened on occasion in Ireland. Importantly, the new model proposes the phrase ‘head of state’ rather than ‘president’ or ‘governor-general,’ which appears to be more neutral.

One of the most significant changes is the need that a troublesome head of state to be removed by a simple majority of both chambers for misbehavior or incompetence. In 1999, the ARM model supported the prime minister’s immediate removal of the head of state without reason. This was understandably divisive and, arguably, unacceptably so among Australians. The new paradigm mitigates this while retaining the prime minister’s power.

Similarly, the model assumes that a replay of the Whitlam removal of 1975 does not occur by making it plain that a head of state cannot dismiss a prime minister who has the confidence of the lower house.

The Challenges In The Journey

However, this situation is relatively unusual in the United States when Congress fails to enact financing legislation and the US government experiences temporary shutdowns; while this is not ideal, the matter is generally rectified.

The ARM still has significant challenges, not the least of which being Queen Elizabeth II’s popularity.

The ARM has proposed a five-year term that is not synchronised with legislative terms, resulting in the cost of further elections. There are also significant doubts regarding what “nomination by a Parliament” entails. If nominations by the lower house must then be accepted by the upper house, the parties with the balance of power may have undue influence on nominations.

In this regard, a better number of federal Parliament nominees maybe two or four, as preferential voting may otherwise generate distortions if three nominees run. The new ARM model has value, and with the Queen’s increasing fragility, doubts about Charles’ popularity as Australia’s next King, and arguments about our national identity, now is an opportune time to debate and discuss Australia’s future.

Read more:  5 Needs To Consider When Debating For Or Against An Australian Republic

Is Australia a republic or democracy?

A country’s government system can be democratic, communist, dictatorial, monarchical, or republican. Australia has a mixed system of government; it is a representative democracy as well as a constitutional monarchy.

The Pros And Cons Of Australia Being A Republic | No...