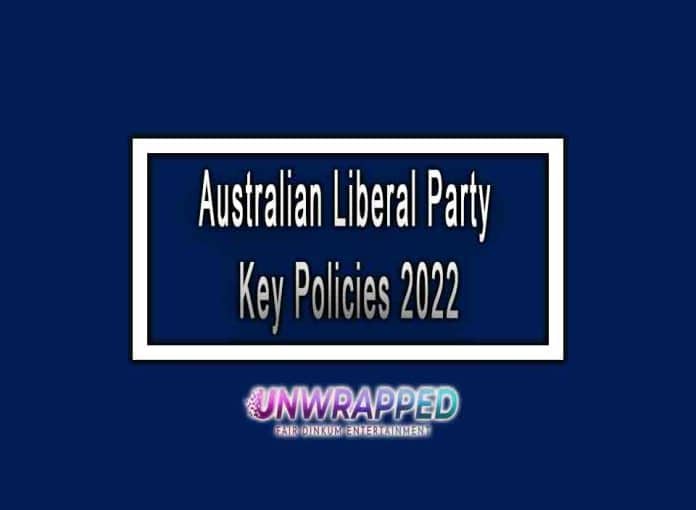 The Liberal Party have had some time to get things right now, yet they have left the country wanting. With Scott Morrison at the helm, they have often left themselves open to ridicule can turn things around. Also to be fair they have had to deal with a ridiculous pandemic and while state governments often made a lot of tough choices so did the Federal one.

Must See: Comparison between Albo vs. Scomo

Liberal Policies in a Nut Shell 2022

With nearly 1.9 million new jobs created since 2013, the Coalition has become the largest party in British history. After overcoming the COVID-19 pandemic and the Great Recession, our labour market has shown remarkable resilience. In the wake of the pandemic, Australia outperformed all of the major advanced economies when it came to job creation and economic growth.

In Australia’s plan to increase agriculture’s value to $100 billion by 2030, the forestry sector plays a crucial role. Only the Coalition Government has a plan to help the industry achieve this goal.

Health is of utmost importance to the Coalition Government. Because of this, they have invested record amounts in Australia’s health system, making it one of the top three systems in the world-saving and protecting lives in the face of a global pandemic. In 2022-23, they plan to invest $132 billion in health portfolios, which will grow to $140 billion by 2025-26. This investment guarantees Medicare and Pharmaceutical Benefits Scheme (PBS), record hospital funding and more mental health support, more doctor support, and more medical research.

Australians have always dreamed of owning their own home. With a range of support to help home buyers, the Coalition Government is committed to this goal. A strong record of prioritizing homeownership has been compiled by the Coalition. Australian retirees benefit from having their own home to maintain their living standards. 85% of renters want to own their homes one day. Owning a home offers individuals and families a sense of stability and security.

Australia has a strong economy under the Morrison Government, leading the world in virtually every measure – economic growth, job creation, and debt levels. With unemployment in the state falling to 3.4 per cent, the best result in more than 13 years, WA has already overcome the biggest shock to the economy since the Great Depression.

Keeping Australians Safe on our Roads

As part of their commitment to keeping Australians safe on the roads, they have committed to:

In order to ensure Australians keep more of their earnings, to foster small businesses and help them grow, and to increase investment and strengthen productivity, the Morrison Government is delivering lower, fairer and simpler taxes. Morrison’s re-election means he will keep tax hikes under control. Taxes below 23.9 per cent of GDP won’t lead to unfair burdens on Australians or harm economic growth.

In the event of a re-elected Coalition Government: