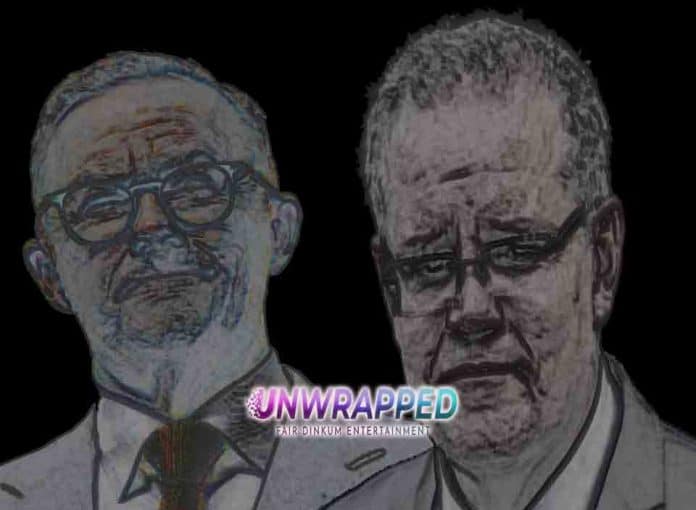 The Australian Federation faces a monumental crossroads as the May 21 election draws near. After leading the nation through the strictest Covid-19 lockdowns on the island, Prime Minister Scott Morrison (under the Liberal Party) now gets challenged by the Labor Party’s opposition, led by Anthony Albanese. The winner will lead Australia in the next three years, heading the country to Covid-19 recovery and intense diplomatic pressure between the West and China.

As you watch the competition between Albo and Scomo—perhaps, you are deciding between the two selections—this article will help you know the two contenders. Who’s more popular between “Albo” and “Scomo”? What are their policies and backgrounds? You will now find out.

Albo vs. Scomo—their backgrounds and origins

Albo and Scomo grew up with almost the same upbringing. Scott Morrison and Anthony Albanese were both born in Sydney during the 1960s. Albo studied economics at the University of Sydney. Scomo also finished economics and geography at the nearby University of New South Wales. They both grew up in traditional Christian households.

They entered politics soon afterwards. Albo ran as parliament minister representing Grayndler in 1996, while Scomo entered parliament for Cook in 2007.

Scott Morrison grew up in the Bronte suburbs with politically active parents. After serving as a politician, his dad, John Morrison, became a local councillor and mayor in their town. During his childhood, he helped his father’s campaign by performing in TV commercials, giving promotional cards, and greeting supporters.

Scott Morrison was an active Christian, mingling with Presbyterian assemblies and studying their economic behaviour. There, he met his teen love, Jenny Warren. They got married in 1990, and their relationship brought two daughters. Scott Morrison shared that they enrolled in a private Baptist school to protect them from outside values and inappropriate sexuality programs in an interview. (Hence, as a politician, he would encourage public schools to emphasise science and math.)

In 2004, he worked for Australia’s governing bodies on properties and tourism. But he had to leave two years later because of a dispute with the tourism minister. He then became the director of the New South Wales Liberal Party, where he won as a parliament minister for Cook in 2007. As a member of parliament, Scott Morrison led its treasury, social services, immigration, and border protection.

Scott Morrison’s take on climate change is controversial, especially since he refused to pledge targets during the 2021 summit of world leaders. He believes that the government cannot regulate this global concern. Instead, only the market can influence people’s behaviour towards emissions and greener energy sources.

While Scott Morrison spent much of his childhood in the suburbs as a political family member, Anthony Albanese grew up in a poor housing community with his single mother. Because of her severe arthritis, she would later get sustained by a disability pension.

Anthony Albanese struggled to finish his high school and university education. As he worked in different jobs to sustain his studies, he joined the school council and the Labor Party. There, he would meet Carmel Tebbutt, his would-be wife. They had a son, but the couple divorced in 2019.

Anthony Albanese’s upbringing would call him to represent left-wing social justice and welfare policies as a future politician. When he recently started his campaign, Anthony Albanese declared that he believes that the government can improve people’s lives.

As a Labor Party parliament member, he represented Grayndler, the community where he grew up. Before becoming a deputy prime minister, he also worked for the parliament’s ministry on infrastructure and environmental policies. Furthermore, he stood for leftist progressive stances on legislation. He supported same-sex marriage, abortion, euthanasia, loose immigration/asylum policies, and republicanism.

Anthony Albanese is a vocal advocate of climate change policies. He wants Australia to have no carbon emissions by 2050 and halve them by a decade from now. Anthony Albanese also supports renewable energy.

Albo vs Scomo: who is more popular?

Their life stories and ideologies show that Scott Morrison and Anthony Albanese have glaring differences. Standing on the opposing sides of the political spectrum, Scomo and Albo promises diametrically contrary platforms and programs should their party win.

Currently, Anthony Albanese has higher poll statistics (as of the writing of this article), but political experts cannot be sure about the impending results. After all, many scandals, conflicts, and issues may arise before the May 21 elections.

Some analysts also hesitate due to the Liberal Party’s somewhat surprising victory in 2019—it seems too early to conclude which politician would win today. Moreover, the government generally has a negative reputation because of the pandemic, recent disaster response, and other issues.

But the party leaders’ attitudes and personalities might become critical in this election season. As the people complained about government policies during the Covid-19 crisis, they looked at the potential prime ministers’ demeanour. Because of social media, the voters can see how Scott Morrison and Anthony Albanese behave towards their colleagues and constituents. For example, Albo became controversial when the Labor Party allegedly bullied a senator. Scott Morrison also got accused of intimidating and mocking a fellow senator at the Liberal Party.

How is the Australian parliament now?

Following the 2019 Australian election, Scott Morrison’s Liberal Party coalition won 76 seats in the parliament. This slim victory meant that the Labor Party only had 68 seats, with the remaining slots reserved for less prominent parties. Only Anthony Albanese emerged as the Labor Party’s representative against Scott Morrison.

What are Albo and Scomo’s strategies?

Politicians and analysts carefully assess how their polls swing in different Australian states, especially Queensland. Albo and Scomo’s policies also reflect where voters live. Urban populations seek leftist legislation on climate change, one of Albo’s campaign agendas. Meanwhile, the religious and elderly sectors in the country might want to vote for conservative politicians like Scomo.

Top 10 Weirdest Australian Laws That Are Still in Effect

Many observers interpret Scott Morrison’s political strategy as the same approach he did when he won in 2019. He visits pubs and taverns to talk to his target voters. Unfortunately, the recent headlines show how this plan backfires. One day, when he saw a pub in Newcastle, an angry older adult cornered Scott Morrison and complained about his alleged broken promises.

Many Australians have become sceptical since Scott Morrison’s victory in 2019. Most survey results showed that the Labor party would win, but Morrison’s coalition brought the most seats in parliament. Nonetheless, experts say that their models have improved since then. They also avoid bias from affecting their findings. Moreover, they expect the gap between Albo and Scomo weeks before the May 21 election.