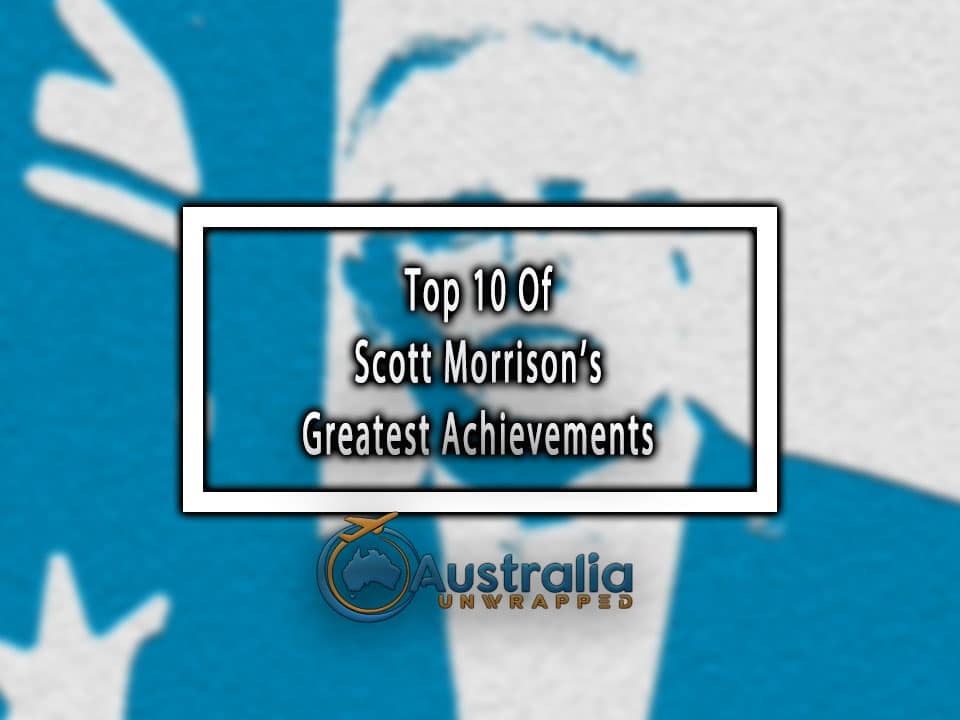 It is a no-brainer for every man that Scott Morrison is calling the shots for The Lodge these days as we all know him to be the current prime minister of Australia. He replaced his party colleague, Malcolm Turnball, and became the 30th prime minister of Australia in 2018. It was a truly triumphant moment for him as he was contesting against two candidates of a much larger public persona.

Scott Morrison has reached the pinnacle of his political career, and it must not have been an easy journey for him. He must have crossed a lot of hurdles to come this far. If we want to comprehend who he truly is, we should be going through his entire political voyage. We must look through all the vicissitudes of his life to date.

Here’s a brief account of what Scott Morrison has achieved to date.

1. Morrison Is An Alumnus Of The University of New South Wales

Scott Morrison has been an erudite and diligent student throughout his life. His educational accolades speak volumes about his desire to make a difference in the world. He was born in Sydney, which is by far one of the most important cities of Australia, and he chose the University of New South Wales to complete his education with a finesse. He got a BSC Hons in economic geography from the respective university.

2. Morrison Has Been The Director Of The New Zealand Office Of Tourism And Sports

Morrison had proved his mettle in various fields and not just politics. Before entering into parliamentary politics, he had been indulged in managerial work of a particular nature. He seems to be a pro at tourism as he served as the director of the New Zealand office of tourism and sports for about 2 years.

3. Morrison Has Been The Managing Director of Tourism Australia

Morrison has worked as the Managing director of Tourism Australia for a limited period. He chose to give some more time to the field of tourism. Therefore, after bidding farewell to the New Zealand office of Sports and tourism, he joined Tourism Australia as the managing director and stayed glued to this organization for almost 2 years — the same amount of time he dedicated to his prior designation.

4. Morrison Got Elected As A Member Of The House Of Representatives In 2007

5. Morrison Took Care Of The Ministry Of Immigration And Sovereign Borders In Abbott’s Cabinet

Morrison has been a minister in the Liberal party’s government more than once. One of his greatest achievements till date is his tenure as the immigration minister because he had made a handful of changes which remain noteworthy till date. He was not a passive sort of minister when he was at the helm of immigration affairs, and it is quite an open secret. His endeavours as the immigration and sovereign borders minister were on everyone’s lips those days.

6. Morrison Served As The Minister Of Social Services

Morrison has also done his bit for the ministry of family and social services. It is quite an evidence that he has been the jack of all trades and not a master of one. The party had enough faith in him that they appointed him as their minister twice, and this time he was given a different portfolio to take care of.

Operation Sovereign Borders was an idea his mind gave birth to. Many other names came up in support of it, even his contemporaries like Peter Dutton endorsed this organization at the top of their lungs. This force did its job well and stopped the illegal immigrants from bursting into Australia in overwhelming numbers. It ensured Australian borders are not open for all sorts of intrusions.

8. Morrison Also Served As The Ad-Hoc Minister For Home Affairs

He was also chosen to serve as the acting minister for home affairs in Australia — that too for a very short period. It was due to his credentials and capabilities that he was given an edge over the rest of his political comrades. It was only a matter of a few months for him as he was working as an impromptu — acting as the home affairs minister in place of somebody else.

9. Morrison Has Worked As The Treasurer In The Liberal Party’s Government

Morrison seems to have mastered a fair deal of things. He has catered to a number of ministries to date, and it would be only fair to say that he has done justice to all of those designations. Under the regime of the liberal party of Australia, he has handled a variety of jobs, and duly kept his subjects satisfied as long as he was there. He was chosen to be employed as the treasurer for the liberal party’s government in 2015, and he literally nailed it.

10. Morrison Made Dutton Bite The Dust And Became The Premier Of His Country

The story of how Scott became the prime minister of the country is quite interesting. Primarily, he had no urge to bag this honour, he was quite satisfied working as a minister in Turnball’s cabinet. It wasn’t for him but one of his contemporaries who unknowingly put him on this pedestal. It was basically Dutton’s burning desire to overthrow Malcolm Turnball, and that’s why he probed for re-election, albeit he could not succeed 100%. Dutton was on a mission to replace Turnball and be in charge of The Lodge himself, but what he got in return was a befitting defeat at the hands of Scott Morrison.

Has Australia ever had a woman prime minister?

Julia Gillard (27th Prime Minister, 2010–13) is the first female Prime Minister of Australia. No woman has yet served as Leader of the Opposition in the Commonwealth Parliament. All states and territories except South Australia have had a female head of government (premier or chief minister).

Also See : Next British Prime Minister will be a Woman

Stay Connected
46,919FansLike
5,663FollowersFollow
841FollowersFollow
Previous articleTop 10 Of Scott Morrison’s Controversial Moments
Next articleWhy Are Petrol Prices So High In Australia And How Bad Can It Get