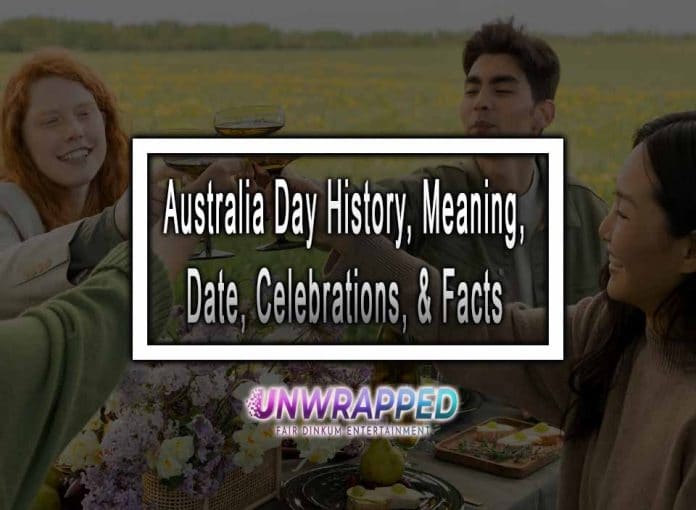 Australia Day is celebrated every year on 26 January. Australia Day is the country’s official holiday. It potentially celebrates the arrival of the First Fleet at Sydney Cove in 1788 and Arthur Phillip’s hoisting of the Union Flag after days of exploration of Port Jackson in New South Wales. Celebrations in modern-day Australia strive to represent the country’s varied population and landscape. They are marked by community and family activities, reflections on Australian history, official community awards, and citizenship ceremonies welcoming newcomers. Australia Day’s meaning and significance have developed and been debated throughout time, and not all states have celebrated the same day as its historical significance date.

The landing of British ships to establish the first European settlement in Australia in 1788 is commemorated on Australia’s official national day, January 26. Over 750 prisoners were transferred to penal colonies founded by the British worldwide, including North America and the Pacific, after being tried and convicted in Great Britain for primarily trivial offences. A further 300 residents, mainly from the military and medical professions, travelled to Australia to help create the new colony. In 1818, the first celebration of British authority over Australia’s eastern coast took place.

Australia Day is a day of national togetherness and the country’s most significant annual civic celebration, including a range of community and family customs, national awards presentations, and the greeting of new Australian citizens. However, not everyone in Australia agrees with this sentiment. Indigenous Australians have historically referred to this date as “Invasion Day” or “National Day of Mourning” to mark their opposition to the advent of the British. Some people still have counter-celebrations, and the holiday has stirred heated discussion. Do you know? In 1938, Aboriginal Progressive Association member William Cooper declared it a “Day of Mourning,” alluding to the annual re-enactment of Phillip’s landing.

The Australian Year Awards have been given out in connection with Australia Day since the 1960s to honour outstanding individuals around the country. Recipients are chosen to display brilliance in their area, make substantial contributions to their local community and country, and act as inspirational role models for Australians. Because the event will be aired, congratulate all of the winners on social media! Many Australians commemorate Australia Day, which falls amid summer, with a BBQ. While the most typical dishes are lamb chops, beef steaks, and sausages, Australian slang is employed.

If you see “shrimp on the barbie,” Australians will most likely refer to them as prawns. “Thongs” is slang for flip-flops, “brekky” is slang for breakfast, “bogan” is slang for rednecks, “bloody oath” is slang for yes or accurate, and “g’day” is slang for hello! Around 11 a.m. on January 26, Sydney, one of Australia’s largest cities, witnessed a spectacular sight. The annual ferry race from Barangaroo Wharf to Shark Island, which finishes at the Sydney Harbour Bridge, is in Sydney’s famed harbour. It is an iconic event with breathtaking vistas that is also one of the most popular in the country. Even though it’s free, you might try to secure tickets on one of the boats for a once-in-a-lifetime experience.

What is the potential national anthem of Australia?

The Potential National Anthem Of Australia Is “Australian National Fair”