Skip to content
You are here:Home / What do Aboriginals Eat? 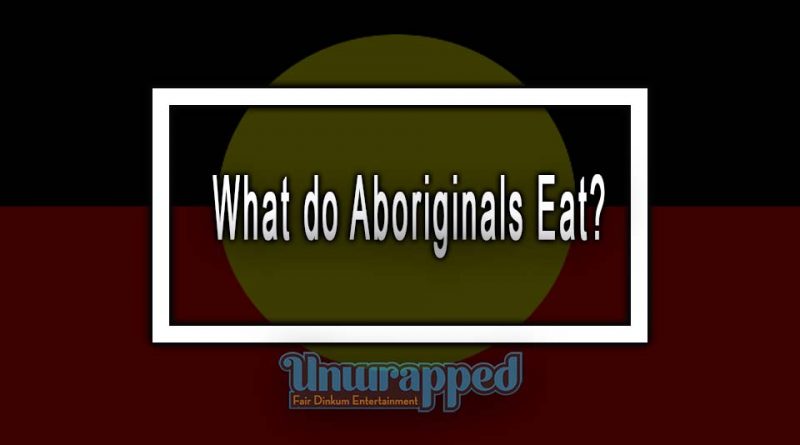 Aboriginal Australians lived a nomadic lifestyle before the Europeans arrived and settled in the continent. These indigenous folks would move from place to place in search of food they could gather and hunt. The Aboriginal peoples had a deep understanding of the topography, the available resources, and the seasons that could affect their survival in the wilderness.

So what exactly is included in the standard Aboriginal diet?

The diet of an Aboriginal Australian

For a lot of foreigners, Aboriginal men and women are always associated with bush food. While it is part of their diet, there are other food sources that they derive their daily nutrition from.

Like many patriarchal societies, hunters in Australian Aboriginal tribes were composed of the menfolk. The men who were assigned to hunt for food would more often than not spend days at a time stalking their prey, and setting out traps before they are able to get back to their tribe -especially when large live game is involved. On a rare occasion, they are lucky enough to come back on the same day with enough food for the community to eat.

Thankfully, there was no shortage of wildlife for them to catch all throughout the Australian bush. As one would expect, kangaroos are on top of the list of animals that the Aboriginals count as a food source. Other meat options that are relatively abundant on the land are wallabies, dingoes, possums, emus, anteaters, frogs, lizards, snakes, crocodiles, and wild turkeys. Fish is also another meat source for Aboriginal Australians, especially when bodies of water are within their reach. Since they are not seafaring folk, these indigenous people tend to hunt fish in streams, rivers, and lakes.

Also Enjoy: What Do Aboriginals Hunt?

A huge portion of the traditional diet of Aborigines included fruits and seeds that are native and would grow copiously in the surrounding areas. The variety of fruits or seeds they would collect would depend immensely on availability as well as the season. Typically, however, the women who were delegated to collect them would look for passionfruit, bush tomato, wild oranges, bush bananas, tomatoes from the bush, wattle seeds,  and mulga seeds, to name a few examples. Other things the women or the children would help gather would be honey and nectar that can be derived from bees, flowers, trees, and honey ants.

Perhaps one of the most recognized traditional foods consumed by Aboriginal Australians is the witchetty grub. Native in the Watarrka region of central Australia the witchetty grub remains to be one of the most common snacks or additional meals in the country. Considered to be high in nutrition and protein, cicadas, certain moth larvae, and caterpillars make up the bulk of the grub.

Made by hands, Damper is a kind of bread that the women of an Aboriginal tribe will make. The tribe women would first collect seeds and would place them in a large container. Millstones would then be used to ground up the seeds in order to create flour. Once it is turned to powder, splashes of water would then be added until it resembles a paste, and then a dough. The main method of cooking or baking this bread is to heat it over the fiery coal. Once it is cooked, it is then served to members of the tribe.

What is bush tucker food?

Without a doubt, Aboriginal Australians are some of the best foragers. Be it in rainforests or deserts, Aborigines have been able to make full use of the land and the surroundings they harvest food from. Besides the animals they hunt, the natives are best known for Australian bush food or more affectionately referred to as “bush tucker” food. Any food that is a native ingredient to Australia including flora and fauna is considered to be bush food. A lot of Australia’s native foods were essentially consumed as a source of nourishment by the indigenous population.

To date, many of these bush ingredients are seeing a resurgence in daily use. Modern-day Australia has been using these components in diverse applications that include culinary, gardening, skincare, and holistic medicinal use. Below is a beginner guide on some of the common Australian bush tucker ingredients.

Naturally found in South East Queensland, Bunya pine trees are not difficult at all to find. They resemble giant pine cones that are bigger than most human heads. Cracking open the cones will reveal dozens of edible nuts. These upsized pine cones were believed to be a food source during the Jurassic period.

Weighing at 18 kilograms, each bunya cone can contain up to 100 large nuts or kernels. Considered to be living fossils, the Araucaria bidwilli or bunya pine tree is a vital food source for countless Aboriginal tribes. Many Aboriginal families often own a bunch of bunya trees that they would care for and pass down to succeeding generations. The nuts harvested from the cones can be eaten raw or cooked. Its flavour resembles that of a chestnut.

These days these nuts are available in grocery stores and are considered a nutritious bush food and can be added to bread, biscuits, pancakes, and even tea.

Also, See: How Long Have Aboriginals Been in Australia

A product of bloodwood eucalypt trees that grow easily in central Australia, the bush coconut is a weird combination of both animal and plant. The coconut grows specifically from desert bloodwood eucalypt trees and is formed through the symbiotic relationship between a female (adult) scale insect, and the tree. A gall is the result of the tree’s activated defence mechanism when the insect attaches itself to it.

These galls resemble a small woody and knobbly fruit that grows as large as tennis balls. To get to the white flesh within, Aborigines would split the fruit open with a rock. It is said that the flesh tastes like a regular coconut, and the insect that can be found within the gall can also be consumed for its sweet taste and high water content.

Even though this citrus fruit grows to the size of a grape, it isn’t lacking in flavour. The desert lime boats of an intense zesty flavour profile. It can be eaten on its own or added to any recipe that uses limes. Some examples are marmalades, pickles, sauces, and cordials.

An extremely versatile fruit, the desert lime is rich in vitamin C (it contains three times more than an orange), this healthy food source does not require peeling or any preparation.

Three types of quandong varieties can be found in Australia The most widely consumed by Aboriginal people are the desert quandongs which are also known as the desert peach. This sweet quandong can be produced commercially and is quite palatable.

Eaten by both Australian Aboriginals and early European settlers, the fruit was popularly used in jellies, jams, and pies. It can also be eaten fresh or dehydrated/dried. When dried, the fruit can last up to eight years, and the flavour can be described as slightly salty with a hint of sourness with a profile that can be associated with lentils or beans. When eaten fresh, it is sweet and contains vitamin E and antioxidant properties.

Natives would incorporate the plant in both culinary applications and medicinal purposes. The lemon myrtle is said to date back some 40,000 years, with its leaves used to flavour a lot of Aboriginal fish dishes.

When distilled the oil of lemon myrtle is favoured for its antiseptic and antimicrobial properties. Nowadays, many shampoos, soaps, creams, and cosmetic products use the oil as a main ingredient.

Also known as “blackbean” the Moreton Bay chestnut when left unprocessed is toxic to humans. In order for them to be edible, they must be prepared carefully. Aboriginal Australians would roast the seeds, and soak the small cut-up pieces in water for several days before pounding the seeds to create flour.

The floor can then be used to create bread. Though it undergoes a lengthy process, it is the only way for the natives to consume this easily available food source without experiencing its harmful effects.

Berries that are bright red or orange in appearance, the ruby saltbush offers a crisp sweet-salty flavor. It can be eaten right off the plant. On its own, it is considered a quick and nutritious snack that is still being consumed today.

Others would soak the berries in water to be taken later as sweetened tea. When eaten sparingly, the leaves can be cooked before it is consumed.

Known for its peppery taste, the Tasmanian pepperberry has a sharp flavour that is similar to cinnamon. It can be added to various dishes to elevate its flavour. When ground up, the berries can be an amazing substitute for the run-of-the-mill pepper.

Studies show that the Aboriginals used this as a flavouring agent to their food. It was also widely used as medicine for toothaches and other skin issues

No Aussie has gone through life without knowing about witchetty grub. The most famous item on the bush tucker menu, the witchetty grub is a staple especially for Aboriginal Australians residing in the desert.

This large white wood-eating moth larvae feed on the roots of witchetty bush, as well as on the leaves of black wattle trees. They are generally eaten raw, but for the faint of heart, it is roasted over hot ashes.A primary source of protein, the larvae have a nutty and somewhat almond-like flavour when it is eaten uncooked. When prepared, witchetty grub is similar in taste to roasted chicken skin. There are even some who claim that the grub tastes a lot like scrambled eggs, while there are some that say it resembles the flavour of popcorn.

As many know, indigenous people survived on a hunter-gatherer lifestyle before the arrival of colonial settlers. The native Aboriginal Australians would live off the land and would forage a lot of high fiber and nutrient-rich sustenance. Due to necessity, Aboriginal Australians have expansive knowledge about the local food sources that surround them, and it is thanks to this knowledge that they have survived for thousands of years. 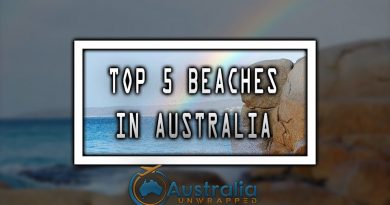 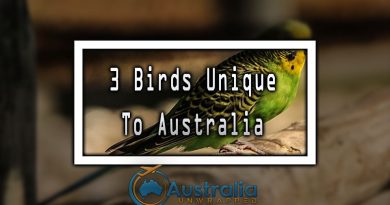 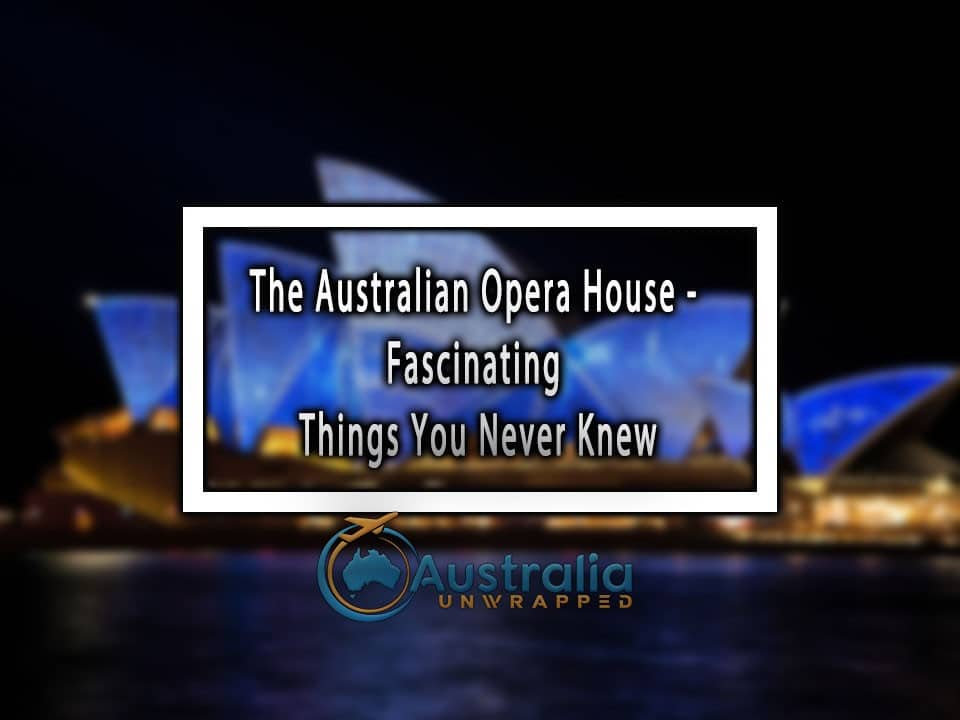