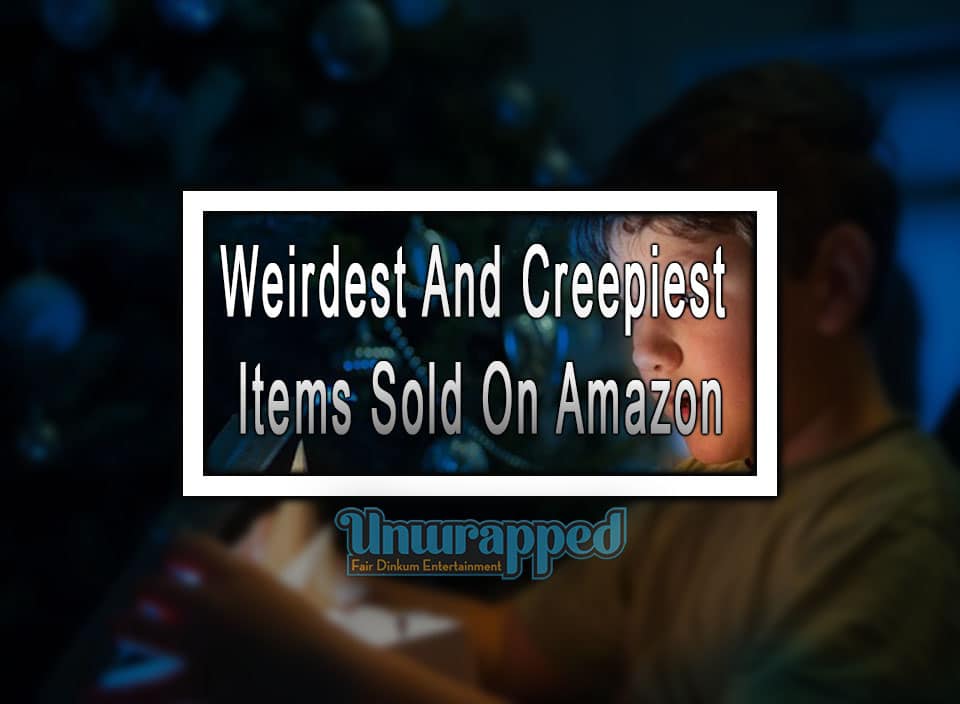 Weird is sometimes okay. It can even be funny if appropriate, right? But creepiness is a whole different story, and we warn you – it might not be pleasant. Proceed at your own risk.

This is supposedly a game of politics and hidden identities for five to ten players.

In the beginning, all players vote on who will lead them – who will be Hitler. Players are divided into liberals and fascist. Although most of them are liberals, some players are secretly fascists. Basically, you’re playing politics, and the goal of the game is to either defeat Hitler and his fascist players or join them, depending on who plays better. The game actually has a five-star review on Amazon from nearly 3000 people. Of course, understandably so, some people still find this game offensive and wrong, even though it’s a game.

As the name implies, it’s a box with a question mark on it. You don’t know what’s inside. Could be anything, who knows? If you’re curious enough, the only way to find out is to buy one. Although it has pretty low reviews, so I wouldn’t count on finding gold inside, or at least something fun.

Ugh, we have all seen that movie. Who would wanna watch it again? Well, maybe someone would. If so, this scary-looking figurine of the famous demonic Nun is just the right thing for you.

Also See : 5 Souvenirs or Gifts You Should Buy While You Visit Australia

This is a party game for horrible people – as it says in the description. So, what can we say? If you are “horrible people” then you’ll probably have fun playing it. But that’s not all. This game actually has two separate expansions: The Green Box of Cards and The Absurd Box of Cards . So take your pick against the world and enjoy.

Should we even say anything? It’s a realistic-looking poo that you can place on your toilet seat and prank the household members. Or you can put it somewhere else – it’s entirely up to your level of mischief. Just imagine the reaction – priceless! It would be kind of funny. But beware, even though it’s fake, it looks really gross!

Well, finally we have an item that’s “funny weird” as we mentioned in the intro. This is a belly waist pocket that looks exactly like a real hairy belly. You can even put stuff in it.

Read More : How to train a kitten to use the litter box?

It’s an automatic air rifle that you can use for practice. Sure, it’s not real, but it can still hurt you a lot. Why is this allowed on Amazon – we have no idea.

8. I Wish My Kids Had Cancer

Lastly, here’s the worst one. This is a book, and it has an outstanding one-star review. It would probably have a zero, but Amazon doesn’t have that option. Anyway, we’re not even going to comment on this monstrosity.

Buy Now : I Wish My Kids Had Cancer

What is the weirdest item on amazon ?

Utterly unique…and completely bizarre. Amazon is our go-to site for almost everything. Between products we use every day and the perfect, but the are weirdest item on amazon, A bloody bath mat. The WineRack Bra. An inflatable cat horn. A life-size cutout of Danny DeVito. A pigeon mask. A cellulite therapy cell phone case. Cocktail blood bags.

Stay Connected
41,936FansLike
5,684FollowersFollow
867FollowersFollow
Previous article
Rick and Morty Items You Simply Must Have
Next article
What to Get My Wife for Our Anniversary?

The Best Men’s Shoes for Every Budget

The Best Men’s Shoes for Every Budget

7 Top Rated Snacks That Are Tasty and Healthy For Your...