Skip to content
You are here:Home / Top 10 Delicious Foods Australia Is Famous For 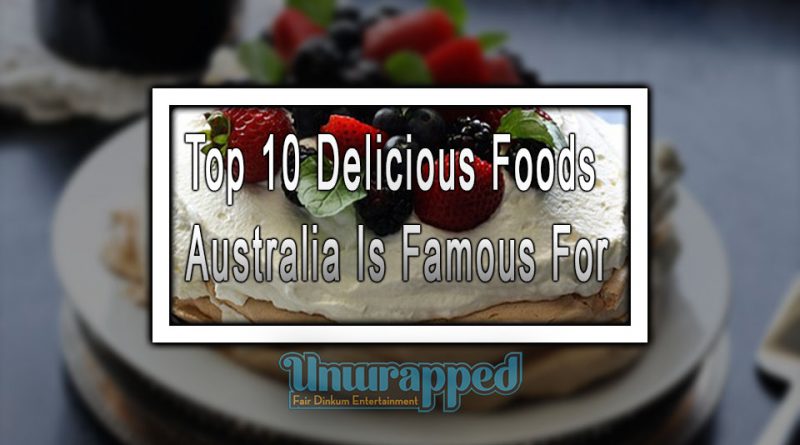 While you cannot eat Kangaroo in your country unless you can have it exported at an incredible cost, Kangaroo is certainly one of Australia’s best meats. It is tasty and lean as well as one of the healthiest and an icon signature meal in Australia. To compare its taste, it would be closer to beef than any other meat you are familiar with, but it contains much more iron and protein than beef. Also, it has lower fat content and fewer calories and a great source of omega 3.
Read More: Top 10 Street Food OZ

In Australia, you might think yes, fish and chips are one of the famous dishes, but no, it is not fish as we know it, but barramundi which is an Australian freshwater fish. It is an authentic Aussie meal that is fried, grilled or seared.

In Australia, a meat pie isn’t just another meat pie and you will find that an authentic meat pie in Australia is filled with mincemeat and gravy with a tomato sauce topping. This is what a gourmet meat pie consists off in Australia and it will be served with mushy peas and mashed potato.

Do not dare to call the Australian dish a chicken schnitzel! It is a regular main meal in Australia which is a chicken breast coated with a crumbed crust and topped with tomato sauce and provolone, parmesan or mozzarella cheese. It is often paired with salad and fries.

This is one of two food or rather desert types that the Australians and New Zealanders argue about. It is still in dispute who came up with the sponge cake dipped in chocolate icing and rolled in coconut. However, according to Aussies legend, it was Lord Lamington that insisted the desert named after him after it was served to him by one of his chefs. You will find Lamingtons in any bakery throughout Australia.

You might question the hamburger on the Australian top food list, however, we doubt that you have eaten a hamburger quite as the Aussies do. It is different from the traditional ground beef burger in several ways. First of all, chopped beef and nor ground beef is used and when you order a hamburger you get it with the ‘lot” This includes the hamburger bread, lettuce, ketchup, pineapple rings, beetroot, tomato, onion, cheese, fried egg and the chopped beef patty.

This is another arguable desert with the Aussies as the winner. It was made in Australia when Anna Pavlova visited Australia and named after the Russian dancer. It is creamy with four egg whites, sugar, meringue disks, lemon juice, icing sugar and red berries. It is crispy on the outside, light on the inside and has a creamy texture. While other countries make their own and many try to claim it, it is true Australian food.

If you wonder why we place a spread on a top 10 list of foods that Australia is famous for, we assure you that Aussies regard this as one of their prime foods and a national food item. While it is more of a paste than anything else it is used on crackers and bread and even used in fillings for pastries. The black-coloured paste should never be compared to Marmite or Bovril though unless you feel like insulting an Australian.

Read More: Top 10 Of the Best Port Wines to Buy in Australia

The Chicko roll is NOT a chicken roll, let’s get that out of the way first. Frank McEnroe is the inventor of the chicko roll that is a Chinese spring roll inspired Aussie food. It is a think roll with ingredients like beef, cabbage, barley, celery, onion, carrot, corn and spices and rolled up in a tube made up from egg, flour and dough. It is a deep-fried delicacy. It is a famous roll that is exported to Japan as well.

The Australian working class and Aboriginals used to eat the Damper many generations ago and today it is one of the most known and traditional Australian foods. It is a soda bread with a simple recipe that contains no yeast and made from wheat flour, a pinch of salt and water and baked in campfire coals. It is a little fancier today and can contain milk and self-raising flour.

Read More: How To Eat Healthy For Your Skin 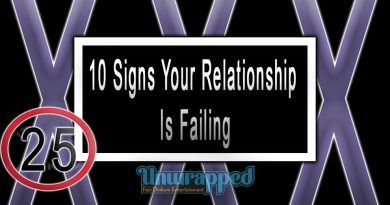 10 Signs Your Relationship Is Failing 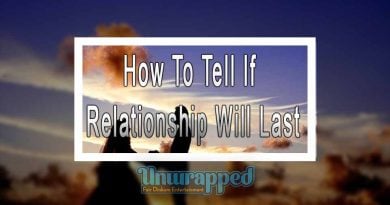 One thought on “Top 10 Delicious Foods Australia Is Famous For”