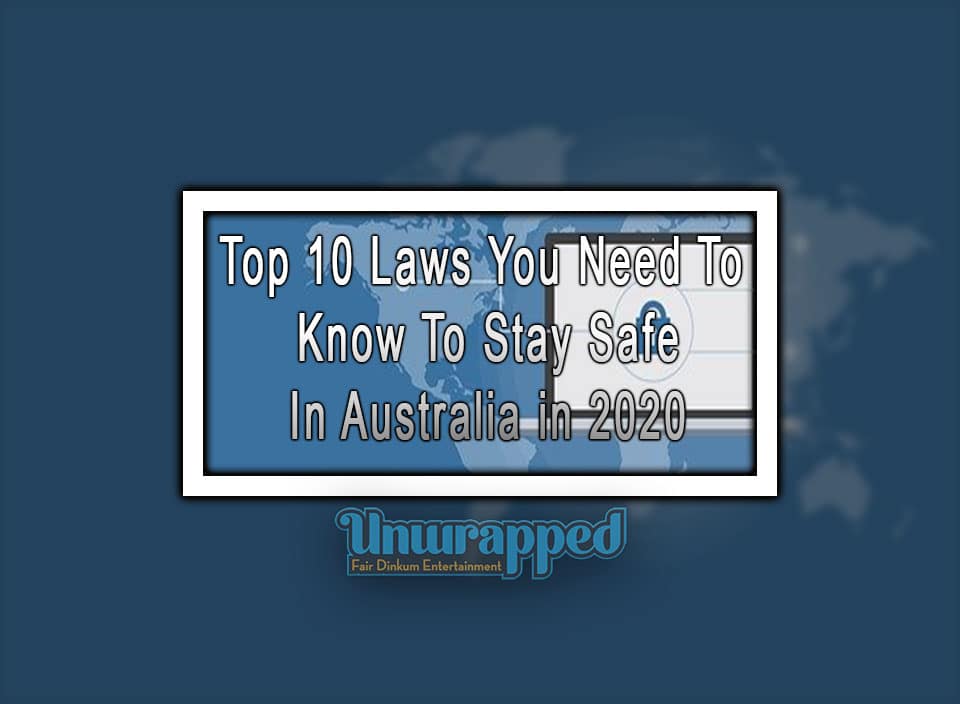 Keep Yourself Safe by following these Laws in Australia

Whenever you are travelling to a new place or a different country, you must know all the laws of the place you are visiting, to avoid any problems. And you must obey all those laws, even if they are different from the laws of your home country. Especially if you visit Australia, you must follow the rules, because Australia has set the rules for your safety. Even if you are a tourist in the country, you cannot be ignorant of the Australian laws made for your defence. It is always a good idea to know about the rules and regulations of the country, and we will help you in this scenario. Let’s get a look into the laws you need to know for your safety in Australia .

It is illegal in Australian cities and associated territories to ride a bike or even a bicycle without a helmet. Most of the Australians, however, protest against this law. Australia is among the only two countries of the world which follow mandatory bicycle helmet laws. And this law is to be followed by people of all ages. The aim of this law is to prevent head injuries from falling and in case of accidents. Although, this law is currently being followed in Australia, there is a debate over this that it should be person’s own responsibility to protect themselves. However, if you ride in Australia without a helmet, you will have to pay a large fine. Whether you are riding a motorcycle, a moped, scooter or bicycle, remember to wear helmet always to keep yourself safe from injuries as well as hefty fines.

2. Swim between Red and Yellow Flags

Another interesting law to stay safe in Australia is to swim between the red and yellow flags. There are red and yellow flags on the beaches of Australia, which shows where it is safe to swim. These signs also show, where the lifeguard is on duty. Moreover, before you swim, you need to notice if there are any signs or warnings mentioned on the beach. If you are still not sure, ask the lifeguard whether it is safe to swim in water or not.  Yellow flags basically show that the conditions are dangerous on the beach and the red flag shows that the beach is closed for swimming due to excessive dangerous conditions. These flags also show the presence or absence of sharks on the beach. Although shark attacks are very rare, because of the shark netting in most of the popular swimming beaches in Australia. But these risks are further minimized by swimming between the yellow and red flags. But remember you should also avoid swimming at evening or in very deep waters because crocodiles are also present on the beaches.

If you are in a carriage during the peak hour time, then you are not supposed to talk loudly. Yes, we are right, it is just following the rules in Australia. When you are on the station, there are signs which tell you which carriage is the quiet one on the train. Check the carriage before you jump on the train. If you are in the quiet carriage, and you are FaceTiming are calling with your friends, or just talking loud, you will be getting stares and people will tell you that you are in the wrong carriage. If you do so, do not be surprised when people get rude to you.

Another rule in Australia for your safety is to never drive fast and drunk. In some countries, you can easily get away with this fine, but Australians are very strict especially about this law. There are undercover police and hidden cameras which sneak and emerge out at the times when you don’t expect it. Especially during the holiday season, be very particular about it. You should better don’t drive fast or drunk, rather than being fined. The Australian government has put very serious penalties for driving under the influence of drugs or alcohol. Even if your blood alcohol level is 0.05 per cent or higher, you are not allowed to drive in Australia. And if you have a provisional driving license, then your blood alcohol level must be zero while driving. Not only is it dangerous to drive after taking drugs, its illegal as well and has a severe penalty.

A very interesting law in Australia is that you are not allowed to crush the beer cans with your breasts. Although this law is not found in the backpacking guides of Australia, remember if you visit Western Australia and are planning to have amazing parties and lit time, then know that it is illegal to crush the beer cans between your breasts. Yes, it’s no joke, there was a 31-year-old barmaid, who worked in a hotel in South of Perth, who was actually fined $1000 due to conducting this crime.

If you are in Australia, you have to follow some of the rules for walking. You must know the side of the road on which Australians drive and that is the left side on two-way roads. Always remember this, or ask any passenger to remind you at the time you start walking or are turning at any intersection. When you are on busy roads, you are required to use pedestrian crossings. Always know that first, you have to look at the right, then left and then right again, whenever you are walking across the streets, no matter even if they are empty.

If you are travelling to Australia, and are planning to drive in the country then you have to be cautious about a few things. First, you should have a valid international driving license or permit as well as a driver license issued by your respective country. All drivers and the passengers are also required to wear seatbelts during the drive. Moreover, children who are under 7 years of age must remain in the child restraint which is appropriate depending upon the size and weight of the child. Remember, if you are seen using a mobile phone when driving, get ready for a heavy fine. So, you cannot receive any calls, text your friends, play online games or browse on the web while driving.

There are laws in Australia for overtaking the vehicles. You can overtake the vehicles at the place where the centerline marking of the road becomes the single broken line, and that too when it is safe to overtake. Note that when the centre marking has two lines, you should not overtake any vehicle. If the line which is closest to your car is unbroken, then do not even think to overtake. Also, when there are arrows painted on the roads, you are required to drive in the direction which is indicated by those arrows. You can even overtake the road trains, but they take up to 2.5 kilometres to overtake if you are travelling at a speed of 100 kilometres per hour. You have to give plenty of room before trying to overtake these trains. Also, you should be aware of the wind rush when you are overtaking because it can pull you towards the road train.

10. Improper Use of Horn

In Australia, if you are going to use your horn improperly, you are going to pay for it. Done be one of the motorist who uses excessive horns. The country has laws against honking goodbye to your family or beeping at the cars which cut you off. You will actually be paying a lot of fine if you do so. It is illegal and you have to remember it every time you drive. The only legal time you use your horn is by warning other road users, drivers, pedestrians and animals of your approach.

What are Australia's main laws?

The two main types of laws in Australia are the statutes or codified laws that are decided by state and federal parliaments and the uncodified case laws that are interpreted by judges in the court system. The statutes are enacted after a debate in parliament.

We May Think About These Beaches While We’re On Vacation