Top 10 Discoveries In Australia Up Until 2022 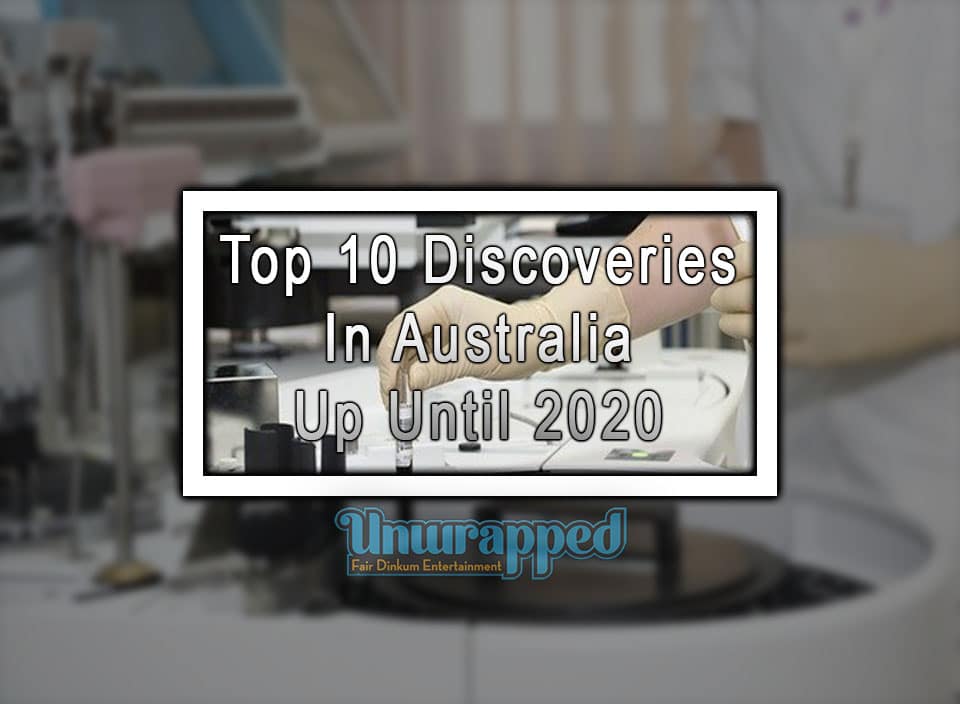 Things You Won’t Believe Were Discovered in Australia

The past decades have seen many enhancements in science with incredible discoveries. Today we are so much indulged in new inventions and discoveries that we cannot imagine our life without them. It is hard to believe that besides planet earth, we have discovered many aspects and features of planet Mars and much more. Around a decade has passed when the human genome was sequenced and just in a decade’s time, genomes of dozens of species have been cracked. Australian scientists have contributed to the development of science and technology by discovering many new things. Australians contributions in science are majorly in the fields of astronomy, health, technology, and environment. Some of the Australian scientific discoveries are discussed in this article.

Penicillin is a group of antibiotics, which is made from fungi. The Penicillin antibiotics have actually brought a revolution in protection from many bacterial diseases. The antibiotics although first discovered by in 1928 Alexander Fleming, were further refined by Howard Florey, who was an Australian scientist. Howard Florey was involved in the development of first penicillin based antibiotic medicine, which was made in the late 1930s. He along with his colleague, Ernst Chain worked during the ’30s and 40’s to establish a method for proper purification of the particular strains of penicillium mould for preparation of medicine. The medicine prepared by these two scientists were highly effective against bacteria and killed them easily. Shortly after the discovery, this medicine was massively used on the victims of World War II. The antibiotic industry has grown so much that people are treated with these drugs on a daily basis. On basis of their work the Nobel Prize in Physiology and Medicine was awarded collectively to Fleming, Chain, and Florey in 1945.

The researchers from the University of Sydney have worked on Cell Messengers as Biomarkers. They have established a method in which the cell messengers, which are nanoparticles in the human body, are released and can be used for diagnosis of many health-related problems including cancers, kidney diseases, and dementia. These particles are commonly known in the scientific world as extracellular vesicles (EVs) and although they are released by cells normally, in disease conditions there release pattern changes. These messengers are involved in cell communication, translation, transcription, and replication. These vesicles can even be engineered to repair damaged and torn tissues in the body as they carry essential information for cell development and division.

Another of the Australian contributions in science is the measurement of the release of carbon dioxide in the atmosphere from tourism. This discovery is surely the world’s first look over the real cost of tourism. Tourist cycle is complete by travelling, eating consumables, buying souvenirs and much more. The study has considered all these aspects so that nothing can be missed and exact carbon footprint is generated. During the study, it was discovered that from 2009 to 2013, global carbon footprint by tourism has increased from 3.9 gigatons to 4.5 gigatons, which is four times more as compared to earlier calculations. According to this study, tourism alone counts for approximately 8% of the global GHG emissions. Other major contributors to Carbon footprint are transportation, shopping, and food. This study from University of Sydney suggests that the major cause of such high tourism carbon footprint is travelling by air.

An amazing scientific discovery in Australia is freezing light. The group of researchers from Australian National University has literally frozen light in an experiment, thus bringing quantum computing to another level of reality. This group was led by Jesse Everett. It is expected that future quantum computers can solve more and more complex problems after this much advancement in quantum computing. The control over the movement of light is critical for the development of many advanced quantum computers.

Among some of the incredible discoveries is a huge advancement in the field of a malaria vaccine. The Australian researchers have believed to discover the major secret behind the malarial parasite being stopped in the liver. This will lead to the development of a new strategy for a malaria vaccine. The research has been conducted by Peter Doherty Institute for Infection and Immunity, which is a joint venture of the University of Melbourne and the Royal Melbourne Hospital. This vaccine utilizes a prime and trap method, and when it was tested in mice, they were observed to be completely protected from malaria.

6. The Life And Death Of The Great Barrier Reef

Scientists have conducted international research on the greatest landmark of Australia, the Great Barrier Reef. According to this research, it has been revealed that the reef has gone five death events in the last 30,000 years. The death events were associated with changes in sea level and changes in the environment. However, the world’s largest reef system has adapted to changes in the environment by migration from the seafloor with the rising and falling of ocean. This study conducted by University of Sydney was published in Nature Geoscience. The study is also first of its kind to work on the evolution of the Great Barrier Reef according to sudden environment changes in the past 30,000 years. The study of life and death of the Great Barrier Reef, spanned over a time period of 10 years and is a mutual effort of many nationals. It has been observed that the reef can resist many environmental changes including rising and falling of sea level, changing in sea temperature and change in water quality. Before this study, it was thought that this reef is highly sensitive to changing environment and water quality. However, it is still not known that the resilience of the Great Barrier Reef is enough for its survival in the time, when currently there is a worldwide decline in coral reefs. Although the reef bounced back from death for five times during glaciation and deglaciation, it is highly sensitive organism, which concerns the environmentalists for its survival.

A group of scientist from the University of Sydney have successfully sequenced the full genome of Koala. The genome of Koala is now considered to be the most and the first complete marsupial genome sequenced till now. The quality of this sequenced genome by Australian scientists is also considered to be the highest. Since the genome is now sequenced, this highly accurate data will now give new and enhanced information to the researchers. It will be easier to get a look into the conservation efforts of marsupials and treatment of the marsupial diseases. The genome sequencing will also help in ensuring the long term survival of the animal. Since it is a unique biological species, the genome sequencing will be associated with the generation of methods to conserve it. The study involved 54 scientists from 29 international institutions hailing from seven countries. There are more than 3.4 billion base pairs and approximately 26,000 discovered in the genome of Koala. Hence we can say that the marsupial genome is slightly bigger than the human genome. The findings of this research were published in Nature Genetics.

Another amazing scientific discovery by Australian scientists was also conducted at the University of Sydney. The researchers have discovered a solution for wheat rust. They have actually isolated the first major resistance genes for stripe rust disease in wheat. This disease is contaminating the wheat crops around the world and making them inedible. These researchers have cloned three related stripe rust resistance genes namely Yr7, yr5, and YrSP. After this discovery, scientists can monitor and integrate these important genes in the wheat breeding programs to generate resistance against rust diseases. The rust pathogens keep on adapting with the environmental changes and are observed to be linked with the devastation of around70% of the whole wheat crops. This finding has finally led to the beginning of the war against rust, for which scientists have been working from the last 30 years. The work also predicts a link between these three rust related genes.

9. Impact of Climate Stress on Cities

A group of scientists from the University of Sydney has researched on the fall of Angkor in the 15th Century. The reasons behind the demise of this city are unknown and hence many historians, archaeologists and scientists have worked on it. The scientists from the University of Sydney are now a step closer for the discovery of these reasons, and amazingly the reasons are also a warning for modern urban cities. Once considered to be the largest city in this world, Angkor was established on a complex canal system, water channels, and embankments. The city stretched over an area of around 1000 kilometres square. Angkor hit a massive population fall in 15th Century. Researchers have predicted that this city suffered stress by external climate change which was also associated with overloaded infrastructure of the city based on canal system. This lead to susceptibility on catastrophic failures causing a demise to the city. This study was published in Science Advances.

One of the most important contributions of Australian researchers in science is the discovery of gravitational waves. These waves were predicted by Albert Einstein some 100 years ago and now discovered by scientists from Australian universities ad CSIRO. Astronomers have observed some elusive gravitational waves. The waves have been observed due to ripple in the space-time which was caused by a violent cosmic event which took place in a distant Universe.

The Australian scientists are among our favourite people from now on, because of their so many contributions in science. The amount of so many incredible discoveries by Australian scientists is also increasing. From koala genome sequencing to breakthroughs in quantum computing and from discovery of gravitational waves to the discovery of reasons for saving of the Great Barrier Reef, the scientists from Australia have given the world with many life-changing things.