Skip to content
You are here:Home / Top 10 Biggest Lakes in Australia in 2020

Australia is large and vast and this is probably why many people are under the impression that the lakes are just as vast and large as the country itself. Surprisingly though is the number of large lakes not in abundance. There are two main reasons for this though, the lack of glacial history and tectonic movement.
With its location between the Pacific and Indian Oceans, the territory includes a vast number of small islands, Tasmania and mainland Australia. This diverse landscape occupies a massive land area of 2.97 million square miles.

Australia’s Biggest Lakes To Visit in 2020

700 kilometres north of Adelaide is the stunning Lake Eyre, which was previously known a Kati Thanda, therefore is the national park called Kati Thanda-Lake Eyre National Park. William Creek is the closest settlement to the lake and also the smallest town in Australia. Lake Eyre is a Salt Lake which is 1, 140, 000 square km with intermittent streams draining it and is also Australia’s lowest point. The lowest point of the dam is 15 metres below sea level and even when the water level falls it remains magnificent as one of the most incredible salt plains.

Lake Eildon has a 515-kilometre shoreline and a 2, 290, 000 megalitre water capacity. It is a haven for water sports lovers with activities like canoeing, kayaking, water-skiing, sailing and boating. Over 700 houseboats are moored here with an abundance of inlets. It is located in Eildon Victoria with surrounding towns like Howqua, Bonnie Doon, Mansfield and Alexandra.

Lake Torrens is in east-central South Australia, west of Flinders Ranges and 345 to Adelaide’s northwest. It is a Salt Lake that is approximately 65 km wide and 240 km long and an area of 2, 300 square miles. After heavy rains, you can expect it to overflow into the Spencer Gulf to its south.
Read More: 5 Places That Every Wildlife Lover Must Visit in Australia

The vast waters of Lake Argyle are in the remote Kimberley region in Western Australia’s far north. It is the outback’s paradise with an abundance of wildlife. This immense body of water is formed by the Old River and attracts millions of holidaymakers to the vast number of activities offered. Here is an abundance of fish species with 26 native fish which include the giant Silver Cobbler which can weight up to 40 kg and reach a length of up to 1.5 metres. Other common species include Bony herring, Eel Tail Catfish, Long Tom, Archer Fish, Sooty Grunter and Bottle Nosed Catfish.

Lake Barlee is Western Australia’s second-largest lake with a square kilometre of 1, 980. It borders on the shires of Menzies and Sandstone, and 160 kilometres north of bullfinch. It receives water only from direct rainfall and multiple creeks in the area.

Lake McLeod is one of Australia’s largest lakes with the largest opportunity for expansion as well. Currently, it has an area of 764 hectares which can be expanded to 220, 000 hectares. What is most significant about Lake McLeod is the salt which is ten times saltier than seawater.

In the centre of the outstanding Stradbroke Island is the magnificent Blue Lake. You will need to park your car and walk approximately two kilometres to the perched lake.

Even though it is not the biggest it certainly is the deepest Lake in Australia. Lake St Clair is in Tasmania IN Cradle Mountain in St Clair National Park.

Frazer Island is the world’s largest sand island and in the midst of this sand island is the gorgeous Lake McKenzie which you can only access with a four-wheel-drive vehicle. The most impossible white silica sand is at the bottom of this lake and here you will not find fish but at the same time due to the lack of fish and abundance of silica sand, there are no algae either which makes it the lake with the clearest water.

There are hundreds of lakes in Australia and what is more is the outstanding pink lakes which are a phenomenon in many countries that attracts millions of tourists like the pink lake in Mexico, while Australia has loads of pink lakes in our extraordinary country aside from these large lakes listed here. 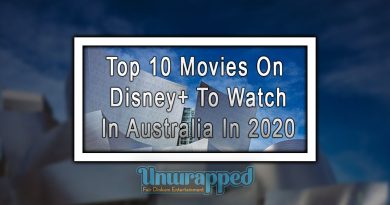 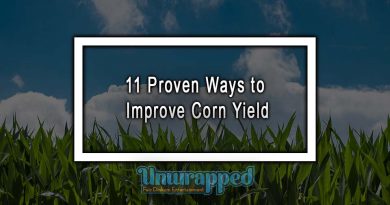 Ten Adventure Movies Like Alice Through the Looking Glass (2016)