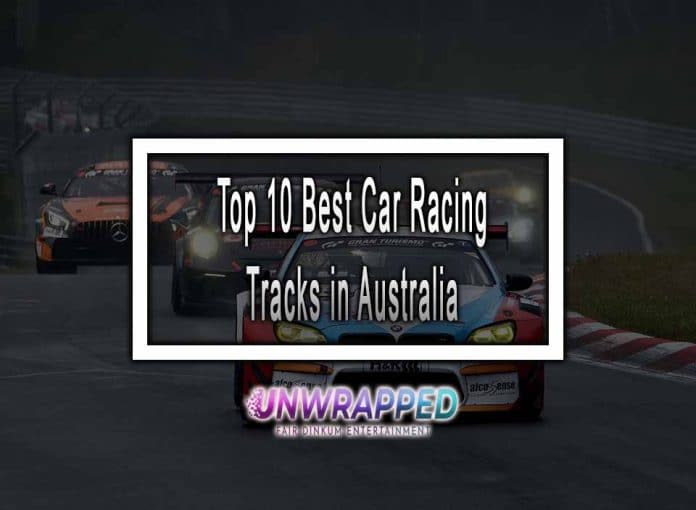 Without a doubt is the Superloop 500 one of the world’s best touring car races and the largest domestic motorsport event in Australia. This Adelaide based track also hosted the first Formula One World Championship in Australia in 1985. The Superloop 500 2020 event tickets are already on sale.

Barbagallo was first known as Wanneroo and Western Australia’s top racing track. Go to Perth in 2020 for regular races that include car racing, drifting and motorbikes. Barbagallo is only 50 kilometres north of Perth and while it is only 1.8 kilometres long it hosts some of the most important Supercar V8 Championships annually. It is an excellent high-speed track with plenty of straights and a grippy surface.

Read More: Ten of the Best Muscle Cars in Australia

Australian racing fans love to call Mount Panorama “Bathurst” and one of the top and most prestigious racetracks in the country. Around the world, Mount Panorama is regarded as one of the most challenging tests for both man and his machine. Every year it hosts one of Australia’s most famous Supercar Championships, the iconic Bathurst 1000. It is well-known for its incredibly fast touring car racing. What makes it unique is that it is public roads with a New South Wales backdrop and during race days the roads are closed off with the 1938 inaugural Grand Prix held at this track.

Philip Island Circuit is recognized globally as one of the top Australian race tracks. While its hosts any kind of racing from motorcycles to any type of car race, it also hosts the largest historic car races in the world. Check your calendar for March 2020 when the Historic Road Racing Event draws entries around the world with each year a minimum of 500 entries.
It is a fun-filled three-day event with several entries with ample camping spots and accommodation in the areas for racers and spectators. While it hosts the 2020 Superbike World Championship from 28 February to 1 March 2020, the 27th International Island Classic in January 2020, the Australian Superbike Championship, it also hosts the annual Victorian State Circuit Racing Championship, Philip Island Car Classic in March, Philip Island Super Sprint and many more.

Sydney Motorsport Park is in Eastern Creek New South Wales and one of Sydney’s top permanent race tracks and also one of the two Australian racetracks that have an FIA/FIM Grade 2 International Licence. It has four racing configurations for any type of motorsport which include the Skid Circuit, Druitt and Amaroo, Gardner Circuit and the Brabham Circuit.
The Skidpan is the largest purpose-built with a separate Figure 8 I Sydney. It hosted the 1993 Australian Touring Car Championship and also hosted the Australian Motorcycle Grand Prix from 1991 to 1996. In 2020 in Australia at Sydney Motorsport Park, you can watch anything from fun runs to 4WD, Drifting, Skidpan Motorkhanas, timed racing super sprints and more. Check the 2020 calendar for specified events to watch.

Mallala Motorsport Park which is based on the previously built RAAF Base in 1960 in Mallala has hosted the Australian Touring Car Championship and Australian Grand Prix. Presently it is home to the Shannons Nationals Motor Racing Championships and the Mallala Historics Championship. It features a very unusual shape with a variety of straights, curves and bends.

Since 1998, Hidden Valley hosts V8 Supercar racing and is most famous for its incredibly high speeds with 14 sharp corners. A pure adrenaline packed track of 2.87 kilometres it has been voted as the number one Supercar Event.

Tasmania’s top racecourse is thirty kilometres from Launceston with a length of 2.4 kilometres. It was first opened in 1960 with top names like Mark Skaife, Peter Brock, Norm Beechey and Bob Jane having rounded its super tight hairpin corners.

Known as Australia’s spectator circuit, the Wakefield is a 2.2 km track and very compact which makes it great for exhilarating turns and straights. You can watch the 2020 races without missing any of the action since it does not feature trackside obstructions either. It is one of Australia’s safest racetracks and it is close to regions like Wagga Wagga, New South Wales south coast, Wollongong and Canberra with its location in Tirrannaville.

Sandown Raceway was built in 1960 and for many years it was Australia’s top racing circuit. It is still Melbourne’s top circuit that hosts top local and international events like the World Sportscar Championship, Tasman Series, Australian Grand Prix, Sandown 500, etc. It is a major power circuit with magnificent racing features like 910 metres back straight and 899 metres drag strip front.

While these are only the top Top 10 Best Car Racing Tracks in Australia in 2020, there are other racetracks that you could mark off on your calendar as well. Be sure to check out the event dates at these top Australian motorsport tracks for your region or when you visit Australia in 2020.

What is the biggest car race in Australia?

The most popular event is the Australian Grand Prix, which is currently taking place in Albert Melbourne Park.

Australian History – Before And After – 1901 The Founding of A Nation