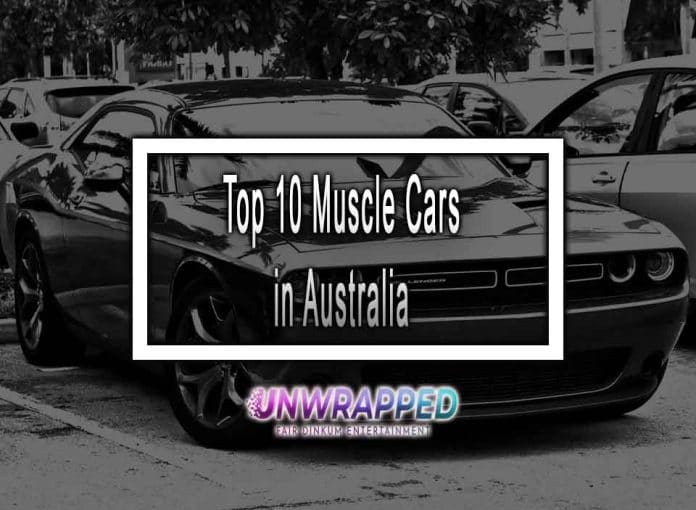 Ten of the Best Muscle Cars in Australia

The Americans love to say that they have built the best muscle cars, however, they also admit that they have had worthy competition, which includes the Aussies. Australian muscle cars hold their own at any given time.
While muscle cars started in the US, there has always been a quibble over what constitutes this iconic car version. Well, it boils down to outstanding performance and a whopping V8 engine.

Would You Fork Out Six Figures For A Car That’s Nearly 50 Years Old?

Back in 1971 when the Ford XY Falcon GTHO Phase III was manufactured it sold for $5300 which was a lot of money back then. However, in 2007 the same car sold for $700, 000 and more.
Consider that most cars depreciate rapidly and by the fifth birthday you will not even get half of their original value. Give it another year or two and it would fall into obscurity. Some survive though and become a classic with the downside that no manufacturers know which car today will become tomorrow’s treasure.

Read More: 5 of the World’s Most Dangerous Places that you should Avoid Visit

Most Aussies and people around the world will agree that this is the best Aussie muscle car. With its design and manufacturing of it in 1970, Australia’s ingenuity became instantly recognisable. In 1969 the first Phase I was released but Phase III became the granddaddy of Australian muscle cars. Phase III was a limited-production muscle car and at the time the fastest four-door car in the world. It could reach a top speed of 225 km/h and only 6.5 seconds from 0 to 100 km.

The GTS Monaro hit the Australian streets in 1968. Holden with its ties to General Motors used a Chevrolet V8 Engine in the first Monaro but replaced it soon after with a 300bhp 5.7-litre V8. The Monaro quickly became a collector’s car due to its rarity, excellent appearance and power.

The Ford Mustang Mach 1 might not be at the top of the best muscle car list but certainly the most popular. While Ford manufactured a Mustang 390GT Fastback in 1968 with a V8, which we have seen driving in the movie Bullitt by Steve McQueen, the Mach 1 from 1971, is the standout. It could reach 0 to 100 in just over six seconds while the top speed was at the 180 km/h mark.

In the early 1970s, Chrysler became the top dog with its Valiant Charger. While all the Valiant Chargers had V8 engines, the E49 is the most impressive with the six-cylinder road/track model. With a 215 km/h top speed and just over six seconds to go from 0 to 100, only 149 of these cars were built. If you are lucky enough to get hold of one of these beauties, it would set you back in the region of $250, 000.

In 1964 the first Mustang was revealed, and the manufacturers did not hold back as in 1966 the first Camaro was presented. Various options were available, however, the ZL1 that only had 69 units manufactured is the stand-out muscle car. Entirely manufactured for racing the V8 7-litre motor could pump out more than 500 Hp.

Read More: Is Australia Really as Wonderful as Aussies say

When you compare the 1967 Torana with the Vauxhall Viva from the Brits, it was rather uninspiring. However, a couple of years down the line with another few more Torana’s manufactured, Holden launched their best Torana, the A9X with its five-litre V8 muscle car.

General Motors Holden closed its doors in 2017 but went out with a bang with a last top modern muscle car. Only 300 wwerebuilt of the modern Aussie muscle car. It features a 6.2-litre, V8 engine and Holden’s road-legal racing car and the last of the top Aussie muscle cars.

When you look at a modern Aussie muscle car that is a combination of the outstanding VE Commodore chassis and the engine of the Z06 Corvette which is the powerful 7-litre LS7 V8. It was Holden’s most ostentatious Holden and only built to order. Only 137 were ordered for $155, 500.

With the Ford Falcon which is one of the top modern Australian muscle cars, buyers get a powerful 5-litre supercharged V8 engine. It is probably the only muscle car listed here that gets from 0 to 100 km/h in 4.7 seconds when it is the automatic transmission and with the manual a second faster at only 4.6 seconds. You could buy a new automatic for $62,190 and the manual for $59,990.

Aussies love their classic muscle cars as much as the Americans who manufactured the first Muscle cars. While our list contains mostly classic muscle cars that were built way before 1980, we also added some modern muscle cars to get your appetite going. These are our favourites and we would love to hear which cars you think should also be on here.

Motor racing is one of the most popular sports in Australia. They love their V8 supercars so much that Motorsports has a limited stock of cars in V8s. There are highways in all major cities and cars are available everywhere.