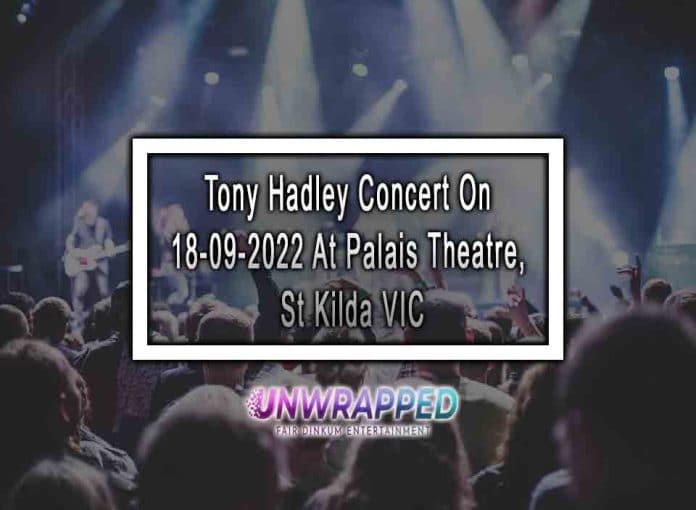 Tony Hadley, one of the most well-known voices in pop music, has announced a tour of Australia in September 2022 to commemorate his extraordinary 40 years in the industry. The tour, which will see Tony play all of Spandau Ballet’s iconic classics, solo work, and some of his favorite songs by other artists with his band ‘The Fabulous TH Band,’ will mark four decades since Tony first recorded music with his former band Spandau Ballet. Tony’s recognizable voice still resounded with the same intensity and energy it all those years ago. It fits for a massive celebration of one of pop’s biggest voices.

Hadley will sing classics from his entire career, including his time as the voice of the New Romantic superstars and as a steady solo performer. The singer will perform eight gigs in Australia and New Zealand in September, accompanied by The Fabulous TH Band (see full dates below). In the 1980s, Hadley rose to prominence as one of pop and new wave’s most powerful vocalists with Spandau Ballet, belting timeless singles like ‘True’ and ‘Gold.’ Aside from music, Hadley received an MBE for his charitable work on the Queen’s New Year Honours List.

Anthony Patrick Hadley MBE is an actor, singer-songwriter, and radio host from England. He gained prominence in the 1980s as the main vocalist of the New Romantic band Spandau Ballet, and after the group’s breakup in 1990, he embarked on a solo career. In 2009, Hadley rejoined the band but departed again in 2017. Hadley is recognized for his “vocal range” and “expressive voice.” Anthony Patrick Hadley was born in the Royal Free Hospital in Islington, North London, the first of three children. Lee is his sister, Steve is his brother. Patrick Hadley worked for the Daily Mail as an electrical engineer, and Josephine Hadley worked for the local health department.

Hadley attempted a solo career after Spandau Ballet collapsed, signing with EMI and releasing his debut album, The State of Play, in 1992. The album yielded three singles; however, neither the album nor any of the songs charted, and Hadley has dropped after one last single, Absolution, was released in the summer of 1993. Hadley founded his record label, SlipStream Records, after quitting EMI, and his first release was the tune “Build Me Up,” which was included on the soundtrack of the film When Saturday