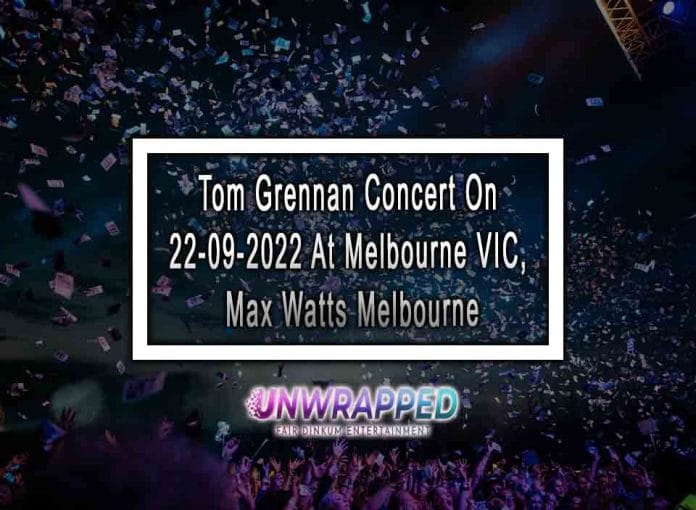 In September 2022, Tom Grennan, the UK’s breakout star of the year, will visit Australia, where he will perform a “Little Bit of Love” for Brisbane, Melbourne, and Sydney fans. The London-based singer-songwriter is now on a 100% sold-out UK tour, including a stop at London’s 10,000-seat Alexandra Palace. Don’t miss out on Tom Grennan’s first-ever Australian appearances! 2021 was a big year for the London-based singer-songwriter.

Grennan’s highly praised #1 UK album Evering Road has achieved 250 million streams worldwide, making him one of the world’s top 200 most streamed musicians. In 2021, he had three UK chart-topping singles: ‘Little Bit of Love,’ ‘By Your Side,’ which he co-wrote with Ella Henderson. Lighting Matches, his debut album, debuted at #5 on the UK Albums Chart in 2018.

Thomas Grennan is a Bedford-born English singer-songwriter who now lives in London. Grennan rose as a guest vocalist on Chase & Status’ “All Goes Wrong,” which was named the BBC Radio 1 Hottest Record and later performed by Grennan on the BBC Radio 1 Live Lounge and BBC Twos Later with Jools Holland. He was nominated for two Brit Awards in 2021, including British Song of the Year and Best Rock/Alternative Act for “Little Bit of Love.”

Grennan was born into an Irish family. He went to Bedford’s St. Thomas More Upper School. He was attacked on the street when he was 18 years old, and his jaw was left with four metal plates and screws that “still ache when winter arrives.” He trained to be a professional footballer and briefly played for Luton Town, as well as attempting to sign with Northampton Town and Aston Villa before being released. He also worked at Costa Coffee for a short time. “I came close to playing over in the States,” he told Music Week, “but something was telling me not to, and it was the music.”