Meaningful Stoic Quotes About Friendship That Will Change Your Life 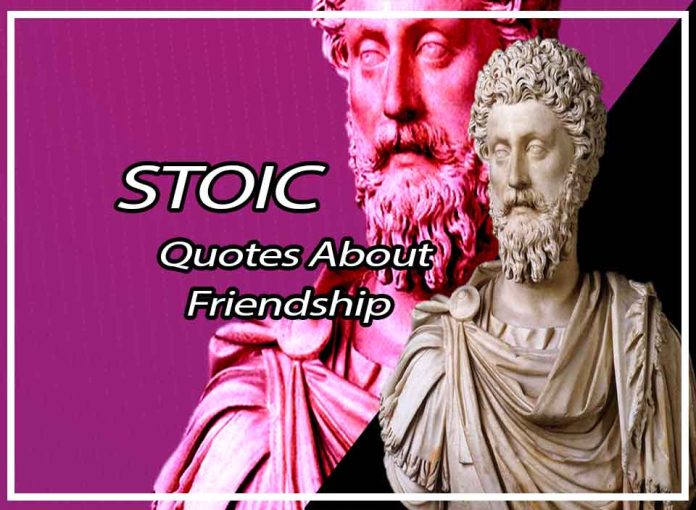 Best Quotes on Friendship from Stoicism

As a practicing Stoic, I have used many quotes on Friendship to help me, inspire me, or keep me sane. I hope you find some gain and drive in some of Stoicism’s finest quotes on Friendship. Developing peace of mind through confidence in one’s abilities is what Stoicism is all about and knowing that this is ancient wisdom, along with applications by modern great, you know the Stoic beliefs stand up.

“We advise a man to regard his friends as highly as himself, to reflect that an enemy may become a friend, to stimulate love in the friend, and to check hatred in the enemy.”

“One who seeks friendship for favourable occasions, strips it of all its nobility.”

“Nothing, however, delights the mind as much as loving and loyal friendship.”

“For what purpose, then, do I make a man my friend? In order to have someone for whom I may die, whom I may follow into exile, against whose death I may stake my own life, and pay the pledge, too.”

“With the exception of wisdom, I’m inclined to believe that the immortal gods have given nothing better to humanity than friendship.”

“The necessity of circumstances proves friends and detects enemies.

Stoic Quotes on Friendship the Best Quotes From the Stoics

I hope these Friendship quotes helped you. Please comment below and share the best Stoic quotes that have benefited you when needing Stoicism’s best quotes on Friendship.